How Do Different Dog Breeds Associate With The Major Arcana Of The Tarot? 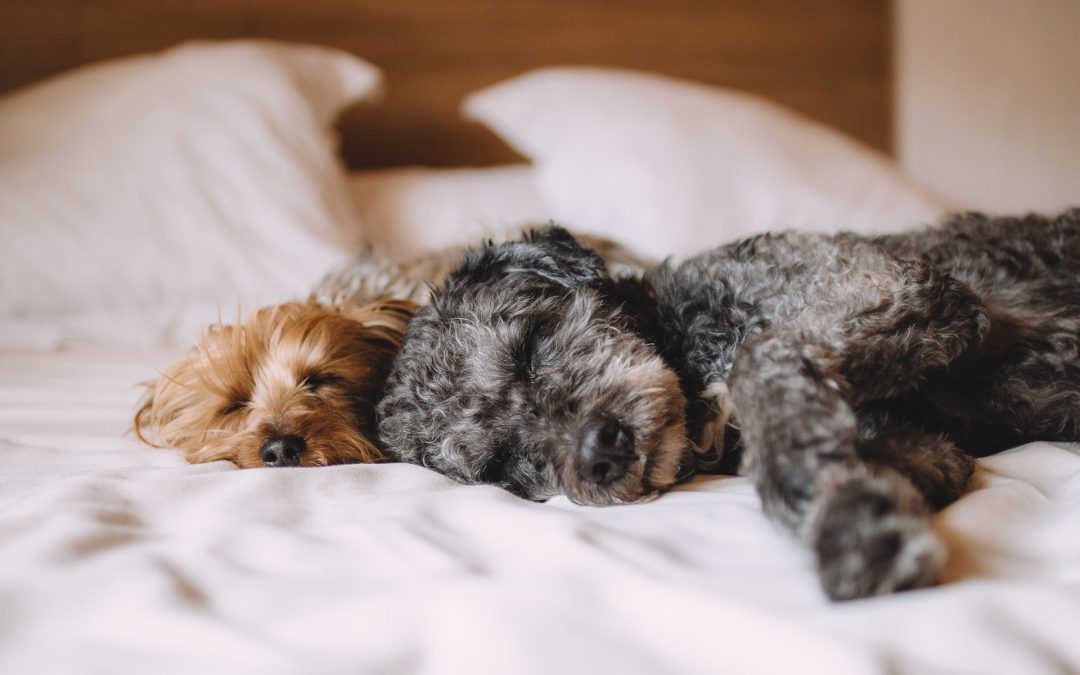 Due to the solid archetypical nature of dog breeds, there are plenty of breeds that have personalities that match those of the tarot cards. Additionally, because some of the meanings behind the cards are sometimes hard to remember, if you can associate them with something easy to remember, such as dog breeds, it makes it much easier to remember.

In addition, this tactic will help dog lovers learn the Tarot quite quickly. For example, here is how each of the Major Arcana cards is linked to a dog breed:

The Fool – The Jack Russel Terrier

The Fool is someone willing to dive into something new with no experience. This is a person on the move. Jack Russell terriers are precisely this type. They are active, carefree, and ready for adventure wherever it may lead.

The Magician is hard-working, creative, inventive, and has a lot of talents. Golden Retrievers display many of the same qualities since they are skillful problem-solvers. As a result, this breed is frequently selected to be trained as therapy dogs. These professionals are proficient at solving problems and are quick thinkers with excellent problem-solving skills.

The High Priestess – The Poodle

The High Priestess comes with a message of tapping into one’s intuition and is characterized by its mysterious personality. In the same way that a poodle can be styled in many ways, the High Priestess can shape herself into different shapes. Additionally, this is said to have some magical abilities.

The Empress – Any Type Of Sheepdog

The Empress is known for its nurturing qualities and motherly qualities. Sheepdogs also have this trait. The wolves are pretty protective of their herds, and they are pretty intelligent and nurturing in different ways. A breed of sheepdog known for its mother nature is the Shetland Sheepdog.

The Emperor – The Mastiff

In a fatherly manner, the Emperor is the one in charge and demands order. Both he and the Mastiff dog are leaders. They are very confident, assertive, and protective dogs. You can count on them to take good care of you if there is a threat.

Following the rules and using the community’s knowledge are two of the things the Hierophant does. It is not their style to assert themselves or lead. Just like Saint Bernard, they are complete followers. Dogs of the Saint Bernard breed are very obedient to their owners, and they are known to guard and rescue. These boys and girls are good.

When it comes to relationships, the Lovers card represents making essential choices. It is the card that represents falling in love before choosing to be with them. Aghan hounds are playful and intelligent dogs who know how to make their owners fall in love with them. In addition to bonding quite well with people, they also choose those with whom they feel the most connected.

The Chariot‘s message is to keep going no matter how badly you want to give up. This breed will keep doing it, and it’s the Alaskan Malamute. Despite their exhaustion, they will keep moving forward. The breed is most closely associated with this card for this reason.

Strength is what this card represents – inner strength to overcome any challenge. This song conveys the message that anyone can overcome difficult circumstances. Because they are excellent hunters and are good guard dogs, this card is associated with the Rhodesian Ridgeback. If necessary, they will also sacrifice their lives for their master.

The Hermit – The Irish Wolfhound

With the Hermit card, you are encouraged to be introspective, reflective, sit back, observe, and analyze. This is exactly what the Irish Wolfhound will do. They are gentle and seem to be old souls. Yet, they possess a spiritual nature and are highly sensitive. Through their eyes, they know how to touch your soul.

The Wheel Of Fortune – The Greyhound

According to the Wheel of Fortune tarot card, a turn of events is about to occur and go with the changes. Greyhounds are the best dog breed for this card. Besides being versatile, healthy, and friendly, this breed is also highly trainable. They are known as race dogs, but they can also make good family pets.

The law represents cause and effect, which is why Justice is about to cause and effect. The German Shepard is the best breed for this card. There are many great things about them. Police dogs are excellent for any type of community service. Pets and therapy dogs can both benefit from them. Dogs play an important role in maintaining society’s balance.

The Hanged Man is about making sacrifices to move forward. This breed is a rare, non-furred dog representing the Incas because they are a purely indigenous breed. Their sight and intuition may be exceptional, but they do not have fur. Families adopting this rare breed will sacrifice the fur, but in return, they will have a dog that has something that most of their neighbors do not have: incredible eyesight.

In the same vein, Pit Bulls and the Death tarot card are often misunderstood. In the Death card, transformation represents how great Pit Bulls are and how they can change many lives for the better if given a chance. In addition to being excellent house pets, therapy dogs, and protective, they are also quite intelligent.

Moderation and balance are the qualities of Temperance, so patience is required. The best dog breed associated with this card is the Doberman. Their loyalty, intelligence, and strength make them stand out. However, as they need exercise and attention, they also require balance. Those who are lacking either will act up, making it known what they are lacking.

Bandogs are a dog breed that is a perfect match for the Devil since it is about unhealthy attachments. Mastiffs and Pitbulls are mixed to create this breed. There is a powerful prey instinct in them, and they will let their owners know that they are in charge.

A dog like this needs an owner with a strong, bold personality if they keep it as a pet.

The Tower represents upheaval and unexpected destruction. Czechoslovakian Wolfdogs are an appropriate breed for this card. This breed is a cross between a German Shepherd and a wolf, making it unpredictable. One moment they may be sweet; the next, they may welcome belly rubs. However, they may snap at any moment. That would have been a surprise to you.

The Star – The Miniature Schnauzer

Having hope and faith is represented by the Star card. But, unfortunately, it means the silver lining. Miniature Schnauzers are happy-go-lucky pets, and even though they have an instinct to hunt for rats, they are on their owners’ side and will cheer them up at any time. As active dogs, they will get the owner who is depressed to be engaged with them.

You get in touch with your psychic side when you are in touch with the Moon. As Pisces is associated with this Moon, it also represents anything related to the astrological 12th house. Louisiana Catahoula Leopard Dog is the appropriate breed of dog for this card. They are known to swim and have strong psychic abilities. If they don’t like you, they will immediately sniff you out. They don’t want to be seen, so they hide. However, they are loyal to their families.

The Sun is the most positive and happy card in Major Arcana. The Bichon Frise is a suitable dog breed. So sunny, affectionate, and excellent with children, these dogs are the ultimate lap dogs. Also, they are so adorable.

Tarot card Judgment represents reaching a high level of consciousness. The Karakachan, also known as the Bulgarian Shepard, is the ultimate protector since it does not fear bears and wolves. Herds have been known to be protected by them from wild animals. This card encourages others not to be afraid of something that might bring them down. There is nothing more suitable for this card than the type of dog that reassures its owners and the animals in their herd that they have their back.

With hard work, this breed knows it can achieve great things. As a result, the World card indicates moving onto the next cycle, which represents achievement. This card is suitable for the Border Collie because it is the most trainable and intelligent breed, and it works very hard. Saturn is associated with this card, and Saturn represents hard work, which is characteristic of this breed of dog.

How would you describe the tarot card associated with the breed of your dog if it wasn’t mentioned? Would you think of your dog, if you have one as one of the Major Arcana tarot cards? I think that those who have dogs and love tarot likely do! Or, maybe you can think of them as a variety of cards since dogs have so many surprising traits!