The Major Arcana of the Tarot – Moon 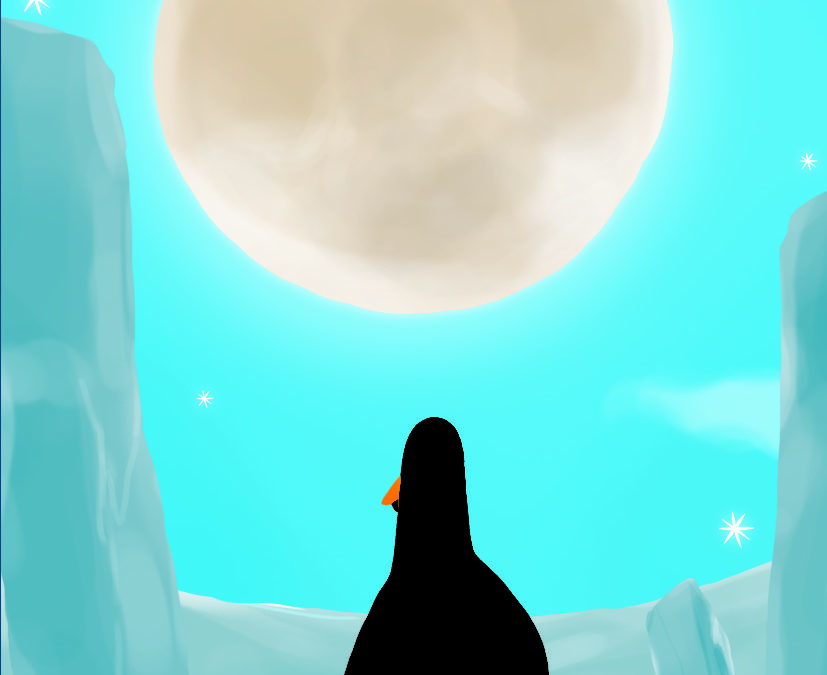 The Moon represents a time of confusion, as well as deception and illusion which may have been the result of you wearing rose-colored glasses or from someone’s dishonesty. And this card comes up when there is something that is not the way it appears. Perhaps something that you thought was very real that turned out to be very fake. It can also be indicative of a misunderstanding on your part, or a truth that is too difficult for you to admit to yourself. In other words, the Moon also represents denial.

The Moon can also be indicative of something that is hidden, or you being in a difficult period. This card can show a dark time such as the Dark Night of the Soul. It can also mean fear as well. However, let’s go over a scenario that is fitting for the Moon.

You have been talking to someone on social media for months, and the individual seems like a decent person and shows that they are interested in you. You want to go and meet them, and perhaps just even if that means to meet them through video chat. But they keep making excuses for it. Why do they make excuses? Because they are hiding something. They are not being honest about who they are. Perhaps they are catfishing. This is a perfect scenario that represents the Moon.

Let’s go back to the high school student example once again. He is going through some difficult emotions which may be either related to puberty or a trigger that happened at school which unleashed the demons in his subconscious. But he is depressed, confused, and feeling very out of sorts and is unsure why that would be. This difficult and confusing period he is going through represents the Moon.

When the Moon is in reverse, it can either mean the release of fear, mysteries unveiled, or being in a prolonged period of unhappiness. It can also represent insomnia or having unusual dreams. 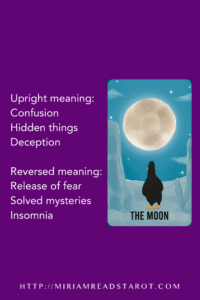 Astrologically, this card is associated with Pisces and it is the 18th card in the Major Arcana.