The Major Arcana of the Tarot – Chariot 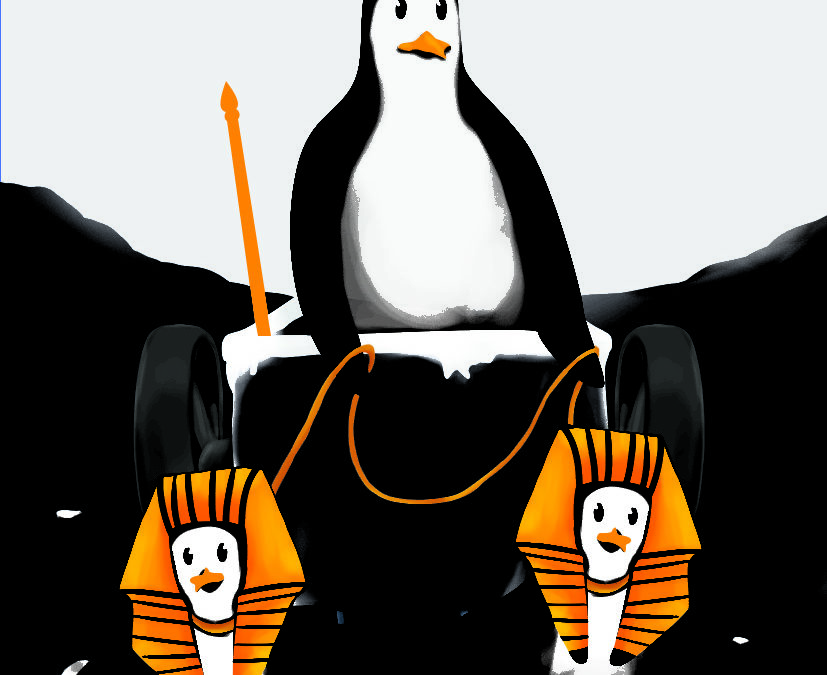 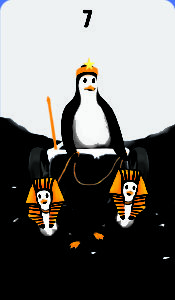 The Chariot is the card in the Major Arcana of the tarot that represents overcoming obstacles as well as conflict in order to attain a goal. You are pushing through challenges in order to keep moving forward towards a positive and strong direction. Anytime the Chariot comes up in a reading, it is an indicator that one’s journey to success will be difficult. There will be plenty of obstacles, challenges, and difficulties. This can cause them to have the temptation to throw in the towel. However, because it is the Chariot, no matter how tough things get, defeat is not an option. Pushing through anything is what is shown here to succeed.

The ordeal will be hard physically as well as emotionally. The point is that when the Chariot is involved, success will happen through tenacity and strength, and the drive to get to the end result. It is all about keeping the eye on the prize regardless of the extremely difficult challenges that are encountered along the way.

Let’s go back to the freshman example. He has to take a difficult test and he wants to make sure that he passes it. This means he has to study hard for it and he is feeling as if he won’t be able to make it because he is hitting roadblocks with the studying. This is causing him a lot of frustration. However, he refuses to give up and will keep studying because he is determined to succeed.

When the Chariot appears in reverse, it is indicative of a loss of willpower, self-doubt, the energy that is scattered, as well as a lack of direction. It can also be indicative of giving up. 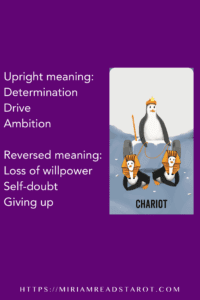 Astrologically this card is associated with Cancer, and it is the seventh card in the Major Arcana.