The Major Arcana of the Tarot – The Hanged Man 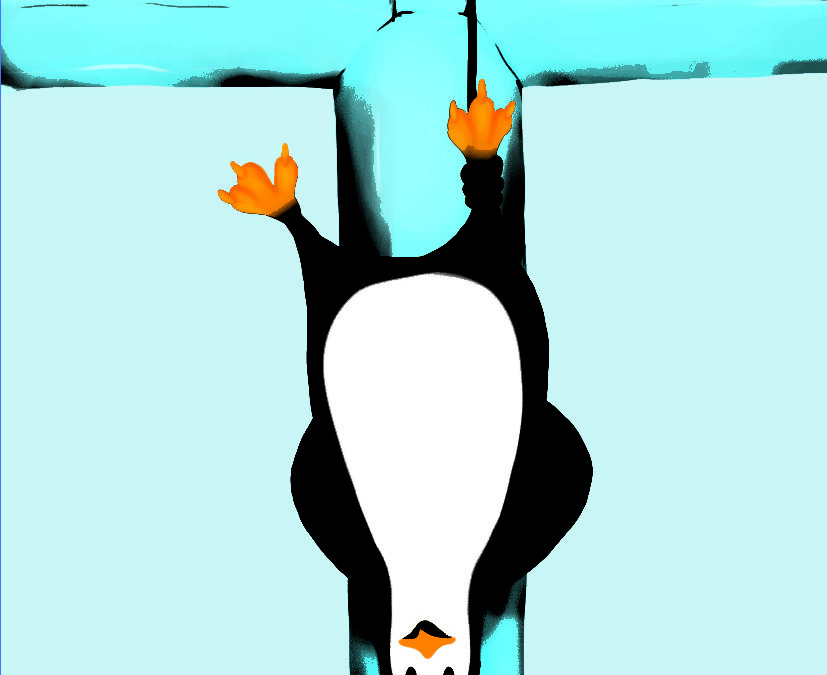 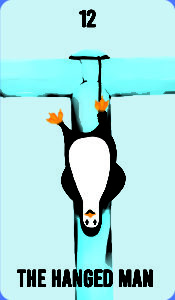 The Hanged Man is a card in the Major Arcana of the tarot that represents sacrifices made, surrender, or a suspension in time. This card also represents breaking old patterns as well as bad habits. The Hanged Man card is the one indicative of preparing yourself for making important transformations and life-altering changes. Before making those transformations, preparations need to be made and those can be uncomfortable. That is because sacrifices are being made which all ties into the meaning of this card.

Other meanings of this card are gaining new perspectives which involve letting go of old ones. Old ones that are not serving you anymore. And this is usually a result of a situation that has been out of your hands that may be quite unfortunate that you have no choice but to make adjustments towards.

An example of what the Hanged Man represents is when it comes to a pandemic (such as the Coronavirus) that suddenly appeared, in order to slow it down is to isolate yourself from others. This involves having to spend most of your time at home and having to cancel events, outings, and even trips in order to slow the pandemic down. This is extremely hard to do but that involves making sacrifices, letting go, and gaining new perspectives. The new perspective is that instead of feeling stuck at home, you are doing your part to protecting yourself and others from the pandemic. It’s a hard thing to do but the right thing to do. Therefore, the Hanged Man also comes with selflessness.

Going back to the freshman example, the Hanged Man represents as well the freshman having to give up going to a party in order to study for an important exam. In order to have a chance at doing well on the exam, he had to make a sacrifice to not go to the party. He needed to use that time instead to study.

When the Hanged Man shows up in reverse, it is a sign of being resistant to change and transformation, selfishness, and egotism, as well as missing opportunities to grow on a spiritual level. In other words, it represents stagnation. 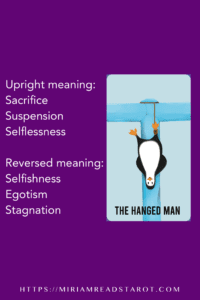 Astrologically, this card is linked to Neptune and it is the 12th tarot card in the Major Arcana. The Enneagram type this card ties to is the type 2.