The Major Arcana of the Tarot – Tower 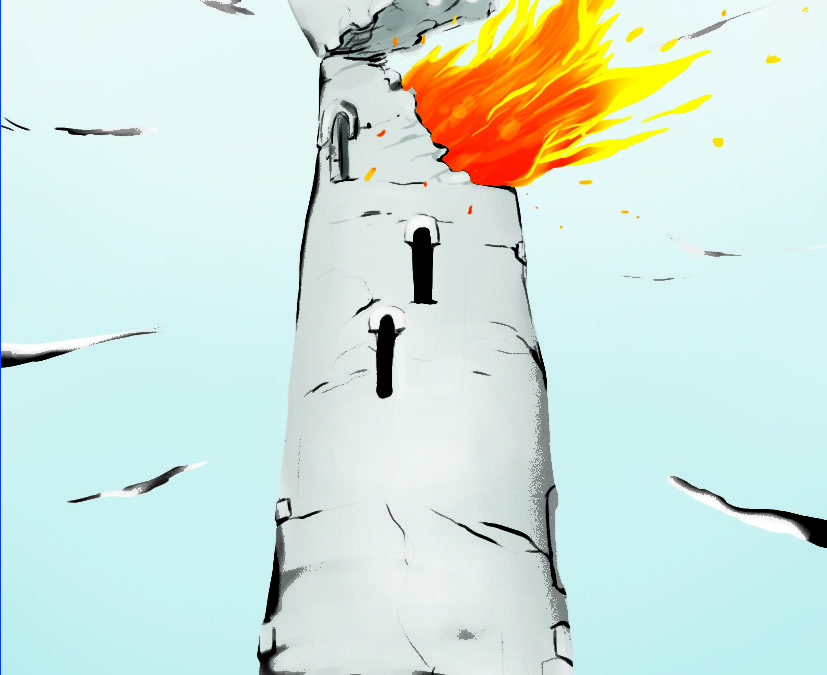 The Tower card in the Major Arcana of the tarot is another card that is feared and misunderstood the same way as Death. The Tower represents sudden destruction, unforeseen change, crisis, danger, but it also presents liberation. Which means that old thing that no longer serves you will be ruined and destroyed unexpectedly so that there is room for the new to grow.

An example of how the Tower represents liberation is if you are struggling to get out of a bad habit that is ruining your health or your overall well-being. It can be overeating, or smoking, or spending too much money. All of a sudden you become ill out of nowhere that causes you to require medical attention. As you are being examined, you find out that the bad habits you have been indulging in have caused harm to your health. Therefore, those bad habits do need to go so you can restore your health again.

Therefore, not only did this sudden frightening health scare cause you to finally squash those bad habits, but you gained insight about yourself as you have been healing. Therefore, not only are you on your way to better health, but you’ve gained wisdom all along.

Let’s use that high schooler as an example once again. He started smoking as indicated by the Devil. He may be young but all of a sudden he caught pneumonia and since it was so sudden, he was suffering badly. He never could imagine himself so sick but perhaps the fact that he was smoking worsened it. He remembers the last time he had pneumonia which was years ago he did not suffer so much as he is now. This is his wakeup call to stop smoking, but he is at the same time afraid he won’t last since it is so bad. 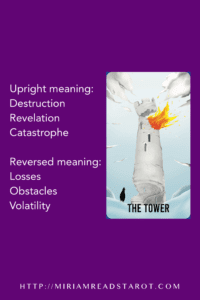 Astrologically this card is tied to Mars and this is the 16th card of the tarot deck.