The Major Arcana of the Tarot – The World 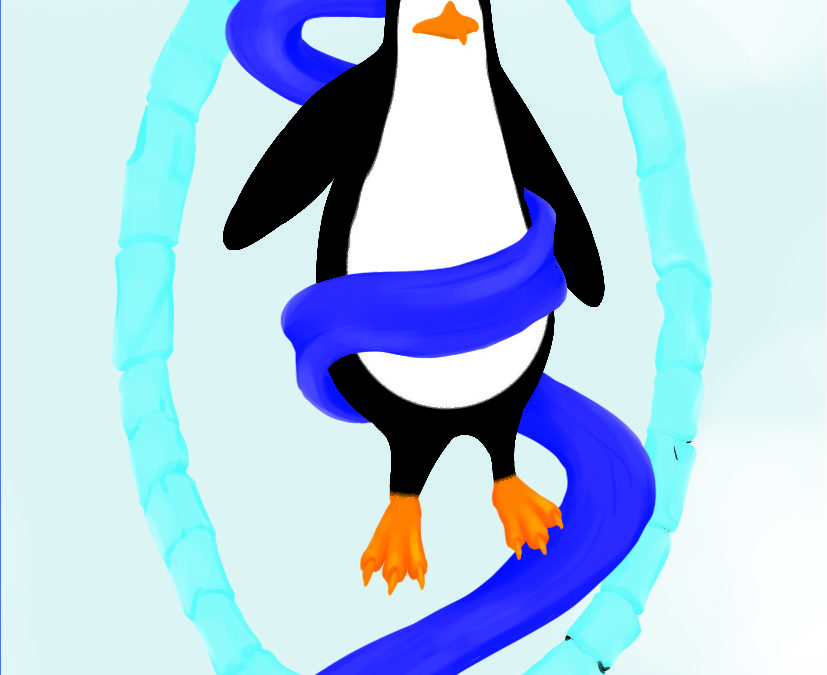 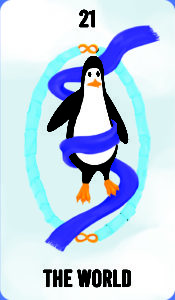 The World tarot card is the last card of the Major Arcana, and it represents fulfillment, achievement, the completion of a cycle, as well as successful endings. This also is the card that represents possibilities. This card comes up when one cycle ends, which means another one will emerge. That presents brand new opportunities. When the next cycle begins, then that is when the Fool shows up, which means you are at the beginning of a brand new cycle. Then you will be ready to embark on the Fool’s journey as you move through another phase indicated by the Major Arcana.

The prime example to use for the World card coming up is when you graduate from high school. You were once a high-school freshman which is indicated by the Fool. Then you went through the cycle throughout your high school career. Then you graduated which means you are finished with high school. You completed your job. You never have to worry about it again. And now you are going to be ready for embarking on the post-secondary schooling journey which maybe college, trade school, or you may go directly to work. The World marks this greatest achievement you earned by graduating.

And think about this. When you go to the post-secondary school of your choice, the Fool’s journey begins again. You go into this unknown setting and you are about to gain plenty of experiences right until you graduate once again.

When the World comes up in reverse, it represents the success that has been delayed, lack of completion, plans that have failed, as well as stagnation. This would represent failing the final year of high school which means you’d have to retake those courses instead of graduating. 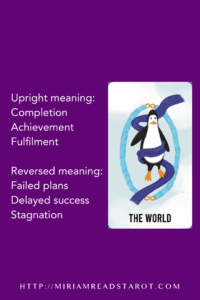 Astrologically this card is linked to Saturn, the karmic planet, and it is the 21st and last card of the Major Arcana.