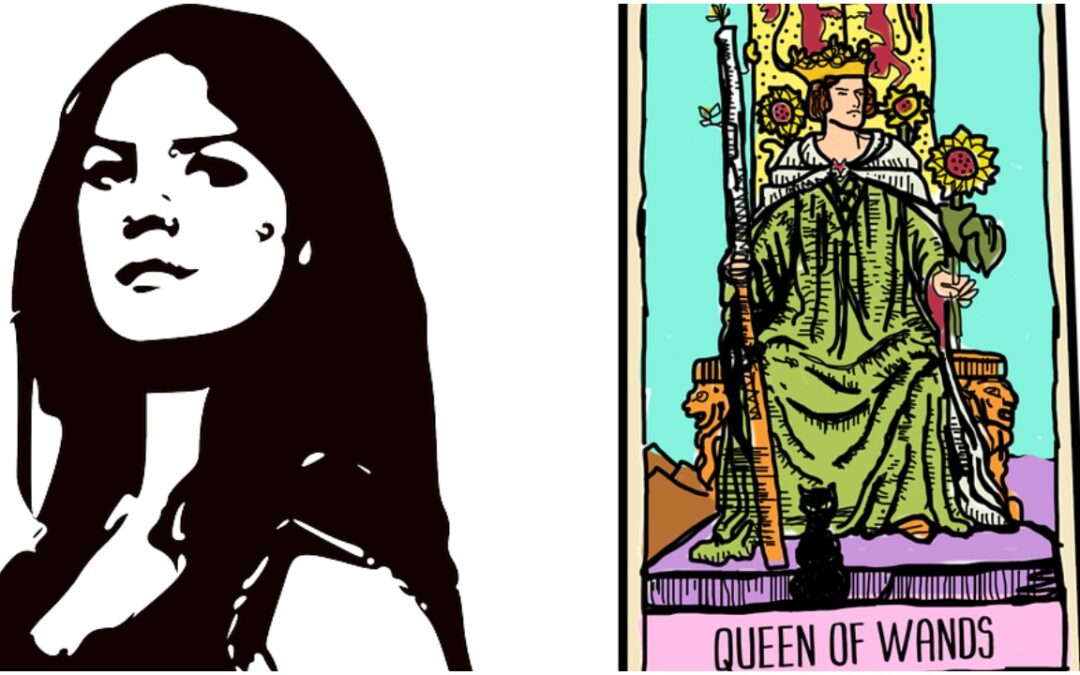 You recently learned how to create characters for your creative writing piece by using the Major Arcana. Did it ever occur to you that you could compare Major Arcana tarot cards as characters for your novel or nonfiction piece? Now you know that you can, which is just one of the many reasons that writers can make the most of using the tarot to spark their creative side.

Now you know that a person’s main role or personality you can create by comparing them to the Major Arcana tarot card. Therefore, if you pull the Magician, you will create a character who takes on the magician’s traits. You can think of an inventor or an entrepreneur who has a very crafty and creative side. However, what if you have the opportunity to add in more ‘flavor’ to the character by them doing an act or reacting to something happening to them? That is where the Minor Arcana comes in! And you can add a touch to their personality by using traits from the Minor Arcana card you pick.

The first Minor Arcana suit that I will look at is the Wands suit which is all about creativity, passion, energy, motivation, and enthusiasm as it associates with fire. Before I elaborate on an example by using cards from the Minor Arcana, in this post, the Wands suit, let me go over how each card ‘flavors’ the character’s personalities in your creative work:

The Ace of Wands represents anything that has to do with having the potential for something and developing something and has an abundance of creativity. Therefore, the novel’s character is the type that is always looking for new opportunities and is the type to initiate something such as a business opportunity, a project, or a new routine, even. You can think of someone who not only has big ideas but acts on them for self-improvement. An example would be a character who is always looking for new ways to get healthier, make more money, and always improve productivity. They have an action-taking and inspiring side to them.

The Two of Wands is about creating action plans and making decisions and is all about making progress. You can depict your character as someone who never backs down on decisions they make, and they are always up to something. Since it is the Two of Wands, they usually involve another person in their plans. They can make these plans and decisions for helpful or harmful reasons. Therefore, if you flavor a villain in your story with the Two of Wands personality, they are determined to win as they will involve others in their plans. The card represents a great determination for something to work.

The Three of Wands is all about attaining goals, foresight, and expansion. You can think of someone who successfully acts on the things they plan, and they also succeed with it. Maybe they are the type that knows how to cause opportunities to fall into their laps. They also will never accept failure as an option. Therefore, the Two of Wands only means that there is a determination to make sure a plan works out. The Three of Wands shows that the character knows how to create a foolproof plan that is guaranteed to work out. That does not mean they won’t encounter bumps along the way, but they know how to get around them by coming into new opportunities to help them move past it. Perhaps you can add a resourceful side to the character’s personality when this card comes up.

The Four of Wands is the celebration card, and you can imagine someone who enjoys a fun party, social gatherings, or even a personal party. Therefore, this card can depict a sociable side to the character and one that likes to celebrate at any moment they get. They can be the life of the party and know how to have a good time. However, you will have to modify that somewhat if you pair it with an introverted card like the Hermit. Perhaps they are the happiest when they are alone and enjoy a fun dinner out when they are with a  few close personal friends or have a celebratory nature.

The Five of Wands is all about arguments, disagreements, and conflict, perhaps even competition. Therefore, the character would have an argumentative side to them, no doubt! Perhaps you can create a character that cannot stand to see others happy and has the need to crash their parties, creates tension for others, or likes to rain on their parade for no good reason. Someone like this is deeply insecure, and you can easily create this personality type to a Mean Girls type!

The Six of Wands is the victory card, but how does that flavor a personality? The tarot card is all about self-confidence, gaining recognition, making great progress, and a success story. There are several ways to spin this. You can make the character naturally confident, or maybe they did something remarkable and deserved some powerful recognition, or has a success story to tell others for inspiration.

The Seven of Wands is all about competition, having to protect what you have, and perseverance. You can create a character that has a competitive side, or maybe they are the protective or territorial type, or they are highly tenacious. Still, they are either the type that needs to compete with others or have to do what they can to protect theirs. Either way, those with this personality flavor will not back down and let go of anything they have or anything they want.

The Eight of Wands is all about moving fast, traveling by air, and quick progressions. You can think about a character who either enjoys traveling a lot, is a quick mover and shaker, or you can even write about a character who can complete tasks really quickly and are extremely productive. You can think of a brilliant multitasker who gets things done quickly. Maybe you can make the individual speak quickly with plenty of enthusiasm. Those are the ideas to add to the character’s personality.

The Nine of Wands is all about pushing boundaries and not giving up in adverse situations, no matter how tired you are. It speaks volumes about courage. The character can have a courageous side, or you can create a character based on Major Arcana’s card as someone being the way they are because of going through a lot of adversity in their lives. That can make them hard, depending on the card you use, or soft, again, depending on the Major Arcana card. The Nine of Wands can indicate that someone is still standing after going through a lifetime of tragedy, trauma, and shit.

The Ten of Wands is all about having too many responsibilities, being burned-out from being burdened, and being forced to work very hard. Therefore, it can involve a character that has too much on their plate, and they desperately need to delegate but refuse to do so no matter how burned-out they are. Maybe this character purposely takes on more than they can handle because of wanting to prove a point. Someone who is in a stressful situation and is barely hanging on is what you can incorporate with this card.

The Page of Wands can be a character on its own as it is a court card, but you can create a young person who has a boundless amount of enthusiasm, a free spirit, and loves to make discoveries. This individual finds excitement in so many things.

The Knight of Wands can depict a teenager that loves going on adventures, has plenty of energy and does not hesitate to take inspired action. However, you can add these traits to a card to the Major Arcana. You can also add that they are impulsive by nature because of getting excited over something. Maybe they struggle with impulsive behavior in general.

The Queen of Wands can represent a confident woman, determined to get the job done, is sociable, and values her independence. It does not have to be a woman as you can add the traits to a Major Arcana card and add that they have a creative nature.

The King of Wands represents a man who is a visionary leader, helping others follow their passions and dreams, helping them meet their goals, and someone who is clearly a natural-born leader. You can use the King of Wands as the character himself or add these traits to another Major Arcana card.

Now you see how the Wands suit cards can add to the personality of the character represented by a Major Arcana card. For instance, going back to the Magician example, and you use the Two of Wands as the personality of the Magician, the character is creative and crafty, but prefers to work with a partner to create a project or work on a mission, and has the determination to get the job done. However, there is the expectation that he has the cooperation of the partner he works with to get the job done correctly.

Here is another example. If the Magician has the Eight Of Wands personality, he will get his job done quickly and amaze others about what a quick move and shaker he is, as you may even think of him along the lines as ‘Superman’. YOu can get an idea of how to use the Minor Arcana cards. The next suit I will examine is the Swords suit and how you can add each card to the personality type (or even life experiences that shape their personality).