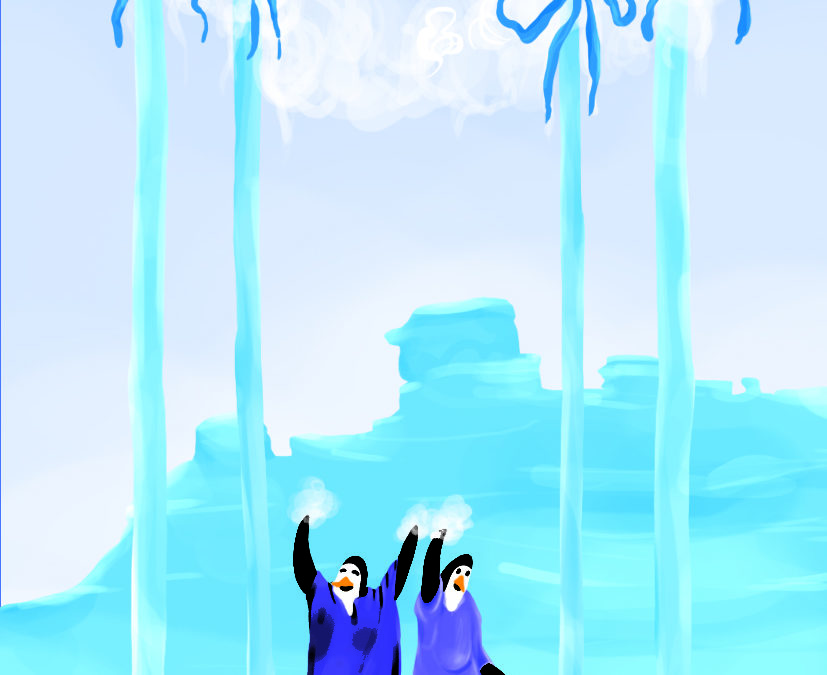 The Four of Wands (Four of Fire in the Penguin Tarot) is known as the celebration card. This is the card that represents harmony, joy, relaxation as well as homecoming. This card can also be indicative of a major milestone that is being celebrated, as well as being appreciative of the great things in life. This is also the card that represents socialization and having some fun time with friends.

In other words, when the Four of Wands comes up, you are having a party. It could be a 21st birthday or a 50th birthday, which are milestone birthdays. It can be a graduation party or even a baby’s first birthday party which is a milestone too. Sometimes there may not be a milestone party as the Four of Wands can just be suggestive that there is a party or a get-together. It can simply mean as well as having an intimate dinner with a few friends for no apparent reason. All that matters is that there is plenty of socializing and fun, and it is time to relax.

The Reversed Four of Wands has several reasons, which are positive, negative, and neutral. All this card may represent is that you want to have a personal or private celebration for reaching a personal milestone such as a weight loss goal you attained, for example. You would not likely want to celebrate that with others. You will just reward yourself, by buying a new pair of shoes, for instance.

This card can be indicative of finding inner peace and self-acceptance after doing soul searching. It can also mean it is a transition phase such as moving to a different home or moving to a new job. But it can also mean there are conflicts with family members and friends, and you are keeping away from them. 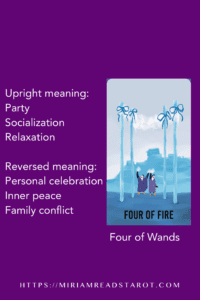 Astrologically this card is tied to Venus in Aries.