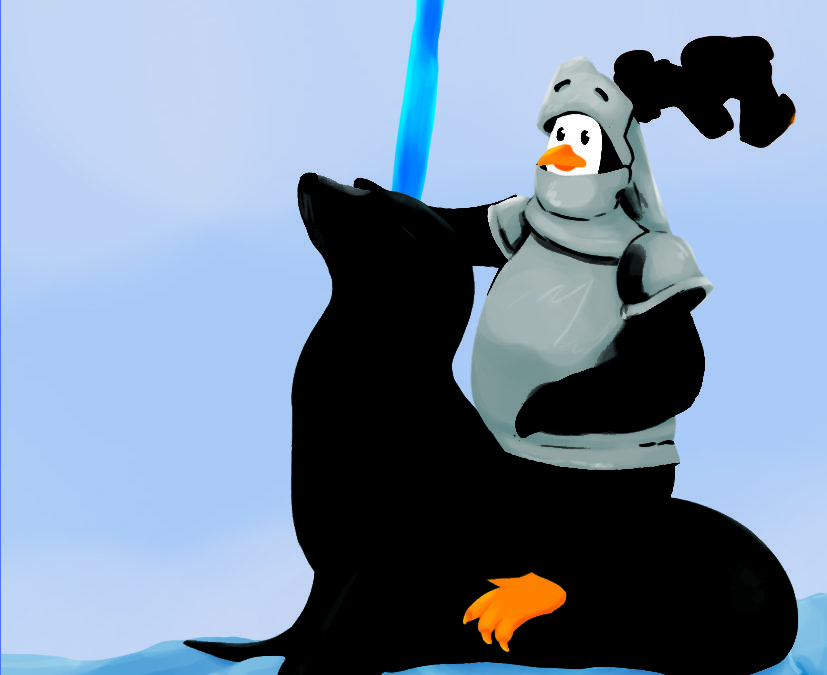 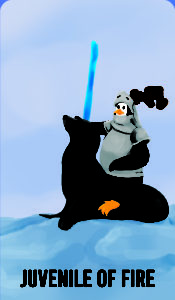 The Knight of Wands (Juvenile of Fire in the Penguin tarot) is a court card that is indicative of passion, energy, taking inspired action, and going on an adventure. It can also be representative of being impulsive due to the fact that you are quite excited over an idea. You are quite excited by the idea that you had gotten which was represented by the Page of Wands. Now the Knight of Wands is causing you to actually take a step further with the idea.

This card is indicative that you are motivated and charged up after thinking more about the idea you have obtained. And you are developing a very clear vision of how to manifest this idea into reality. This card is a sign of a forwarding movement. But it does not mean that you are thinking your plan through too quickly even though you have a strong vision. As it was already mentioned, this card can be indicative of moving forward in an impulsive state.

Let’s use that writing a novel idea example that was talked about in the Page of Wands description. You now know what genre the novel will be written in and what your book will be about. You have started taking notes on the plot. This excites you as you may be so busy focusing on the new novel that you started working on it and realized you have worked on it for too long that it is now 5 am! You needed your sleep. That is where the impulse comes in.

The Knight of Wands reversed is indicative of the fact that you are very much passionate as it appears in the card upright. But there is no direction or organization. Your approach is scattered. You are also dealing with delays and frustration over it. 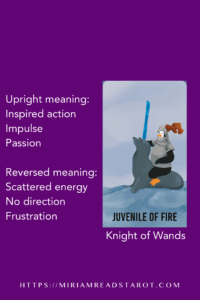 Astrologically, Scorpio and Sagittarius are tied to this card.