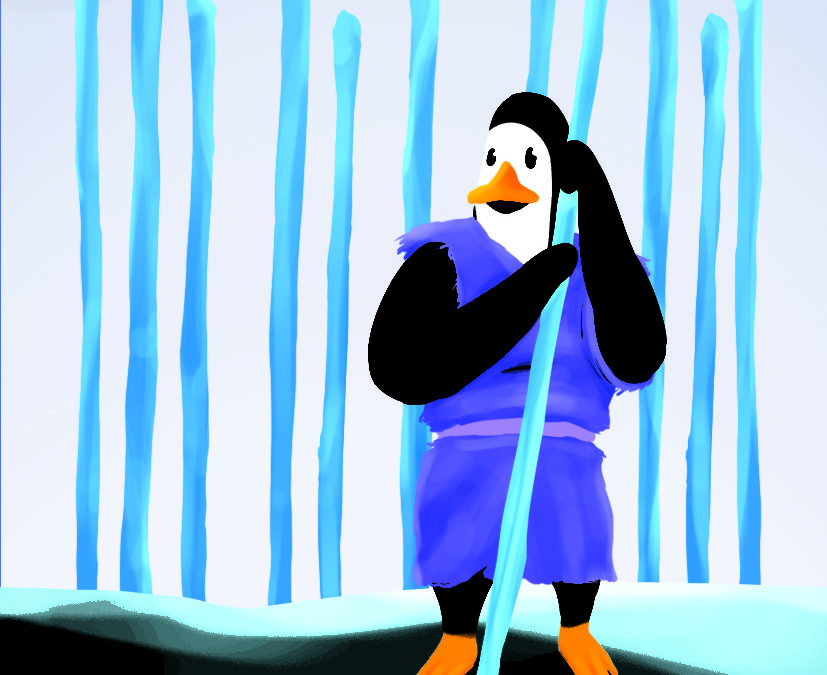 The Nine of Wands is the card in the Minor Arcana that represents pushing boundaries, resilience, a test of faith, persistence. This card also represents courage as you are having to face adversity, and you are continuing to fight and stay strong. The urge to give up is there, but you refuse to give in to it because you are having to muster up all the strength you can to conquer the challenge.

You definitely are exhausted. You have been put through the wringer, and many ordeals. But the fact of the matter is, if you give up no matter how tempted you are, you will be defeated. You cannot do that. The Nine of Wands can come up in situations that involve you having to be an advocate, for example.

If your child has a special need or a learning disability, you are constantly having to advocate for your child in order to make sure that he or she has the right type of education. The constant advocacy is exhausting and it doesn’t stop, but in order for your child to receive the best education, you have to keep going. The same applies for advocating for your own health if you are not getting what you need. It feels like a battle that doesn’t end, but you have to keep going to end it, eventually.

When the Nine of Swords appears in reverse, you have given up due to being overwhelmed by the struggle. In fact, instead of fighting, you become defensive, and there could be paranoia as well. 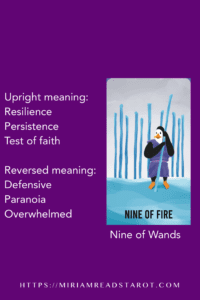 Astrologically this card is tied to the Moon in Sagittarius.