Empress And Three Of Swords: Motherhood And Depression 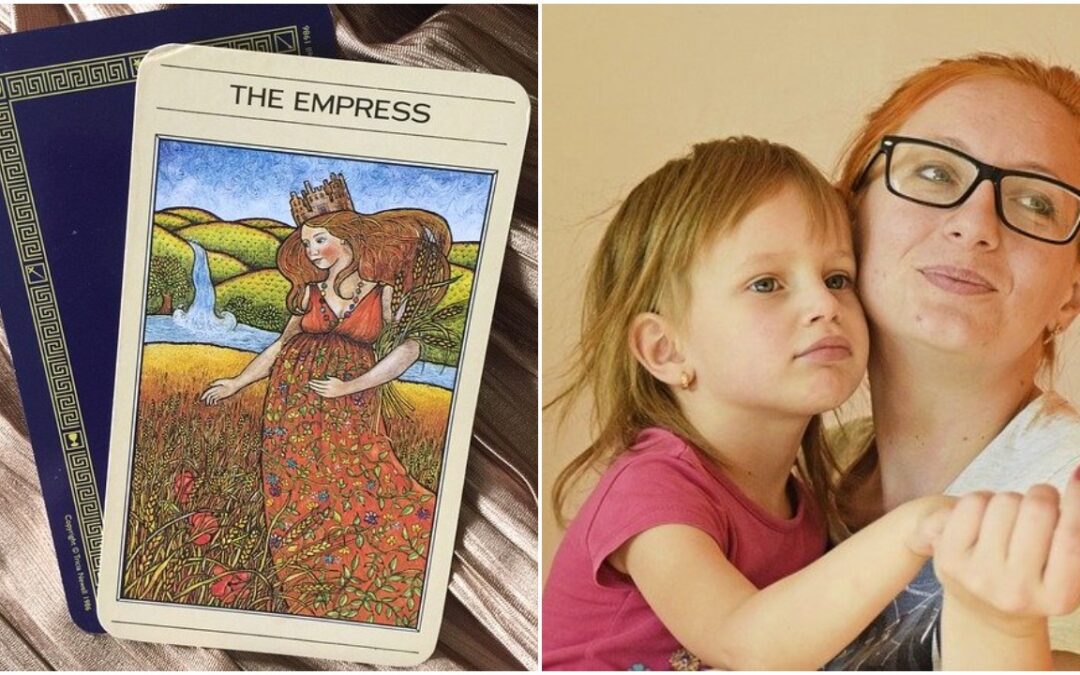 You see a mom out in the park with her infant or toddler, and she seems incredibly cheerful, and she dressed up nicely. She talks about her daily responsibilities. You can tell she is overwhelmed, but she acts as if she has everything together since she adds some humor into what she says. However, do you know what is going on with this mom? From the outside, she may appear happy and handling her stress that comes with motherhood quite well. However, you know the saying – what seems to be is rarely the case. Therefore, this mom may appear happy and organized, but you never know. She may be battling depression.

Detailing The Empress Tarot Card And Three Of Swords Combination

The Empress tarot card is the card that represents motherhood, pregnancy, nurturing, creation, and anything to do with that. Therefore, when you look at that particular tarot card, you may think about nurturing and your feminine side that provides and creates. You may even think about a mother who you know. Maybe that card represents your mother? Anyway, that sums up the Empress tarot card. However, when you pair it with the Three of Swords tarot card, this is not a happy mother. She is depressed.

The Three of Swords represents heartbreak, heartache, depression, and sadness. You will see this card when it comes to hearing heartbreaking news, but it also means having painful and sad thoughts and mentality – which is depression. I know this because I suffer from depression. Therefore, when you pair the Empress with the Three of Swords, it is not difficult to interpret this combination as motherhood and depression. Okay, so now let’s talk about the common forms of depression that mothers struggle with, which this combination can represent. Let’s start by talking about postpartum depression.

According to WebMD, it is common for mothers to struggle with experiencing too many emotions that go from sadness to happiness to excitement and agitation. These mothers also cry at the drop of a hat. That is the result of the hormones out of control, the physical trauma of giving birth and being overwhelmed. That is known as ‘baby blues,’ which will disappear after two weeks. However, if those traits go on longer than two weeks and turn into wanting to remain isolated and wanting to be away from the baby, that hints that the mother has postpartum depression.

In addition to the frequent mood changes, there is a constant sense of sadness, appetite changes, sleeping changes aside from the baby needing feedings, which signals that the mother has PPD. Mothers with severe PPD will lose interest in anything that once brought them happiness, and they will feel helpless and hopeless and may have suicide ideation. They may even have thoughts of hurting themselves or someone else. However, moms that display even mild PPD need to get medical help and treatment involving therapy and medication. If you know of a mom that just had a baby and displays these traits, or if you are that mom – please call your doctor and get help. I have had it, and I am lucky I got help when I did. I did not end up having severe PPD, but it was from mild to moderate, which was distressing enough.

The long term risk of PPD, even with early treatment, is that mothers can become prone to depression much later on. I struggle with depression, which I mentioned already. However, other situations brought that on too, which I will discuss in a bit. Let’s now talk about general depression and motherhood, especially for SAHMs.

Empress And Three Of Swords Tarot: Depression in SAHMs And Working Moms

Here is another facet of motherhood and depression. When the kids begin to grow up and develop different demands, the workload for mom does too. It does not matter whether the mom is a SAHM, work at home mom (WAHM), or a working mom. A mom doesn’t only have to deal with the parenting load, but she has to manage the home, work, take care of the bills, and the responsibility is on her shoulders. Even if the mom is a SAHM, the stress is astronomical. With that being said, a third card should come with this pair, and that tarot card should be the Ten of Wands – which means overload!

It is not hard to understand how moms can become very depressed. They deal with the overload, and they struggle to balance parenting, managing the home, and chores. Working moms may have someone else watch their kids if they are not in school. However, they face plenty of loads too. The problem is that these mothers feel unseen, unheard, and are underappreciated. That is why you hear that moms are cooks, nurses, chauffeurs, teachers, janitors, maids, and so on – but there is no pay! That especially goes for single mothers. Even married mothers who have helpful husbands can feel this way. Even if their husbands help out with the responsibilities of the kids and the home, there is a good chance they don’t share the mental load that these moms carry. That right there contributes to depression.

The job is even more taxing for moms who have children with special needs. Why not stick a Nine of Wands next to the Ten of Wands for that type of job?

Empress And Three Of Swords Tarot: Moms That Have Kids With Special Needs

Imagine all of the responsibilities that mothers have, which you read in the section above. Then, imagine adding additional responsibilities that involve these mothers having to take their kids to medical or therapy appointments after school, spending money they don’t have on those therapy sessions, dealing with stressful behaviors, dressing, bathing, and changing the diapers of large kids. That makes it even harder if the child cannot bond with the parents if they have complex special needs. The child would also be up in the night often like a newborn, which means the already taxed-out mother is sleep deprived.

Let’s not forget about the isolation that comes with caring for kids with special needs and the lack of respite. It is hard to find babysitters, and respite services can be quite costly. Friends of the mom no longer want to include them, maybe because of fear of walking on eggshells or wanting to have the child with special needs in their lives anymore. However, depression in special needs parents, which was discussed in an article written by a psychologist in Psychology Today, touched on this topic. What happened when depression that these parents experience turns into caregiver burnout?

That is why parents of children with special needs require plenty of support. I had that experience. I did not get much help, and my son with special needs no longer lives at home. Even though I don’t have to deal with the caregiving anymore, I am left with the trauma from those years. I was so burned out and did not even realize it at the time while facing judgment. Therefore, this combination still applies to me for that reason.

Now you understand the combination of the Empress and the Three of Swords tarot cards. Motherhood and depression often go hand in hand unless the mother has a village and a support system. However, very few moms do get the support they need. That especially goes for mothers who have children with special needs when they need it the most.