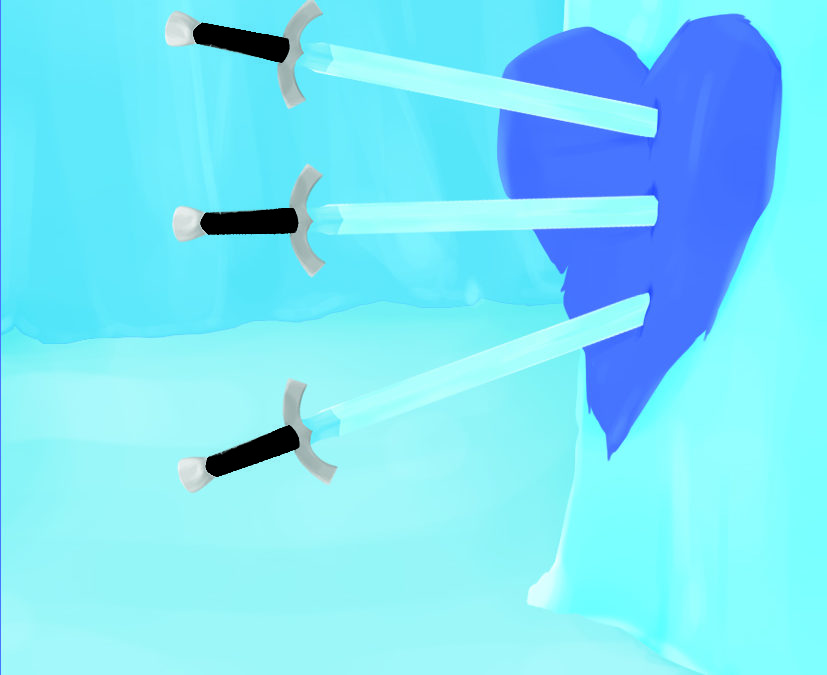 The Three of Swords (Three of Wind in the Penguin tarot deck) is the heartbreak card in the Minor Arcana. This is the card that represents sorrow, sadness, hurt, emotional pain as well as grief. At the very least it can represent disappointment by having your hopes on something and it does not pan out the way you had hoped. This card also represents feelings that have been hurt by someone that said something painful to you which was unexpected.

Another thing that this card represents is when you have had a major setback or experienced a loss, there is always a release of emotions. That being having a good cry which is the response to those negative things that have happened. And having a good cry is always good for you because you are releasing the feelings of sadness and it is very cleansing. When you release the tears of sorrow you are giving yourself room for the energy to help you move forward in the future, even though you may always mourn for what was lost.

When the Three of Swords shows up in reverse, it can mean two things. It can mean holding in pain and talking about yourself in a negative way. Or, it can be a sign that you are moving past the pain and being more optimistic. You have also forgiven who has hurt your feelings. 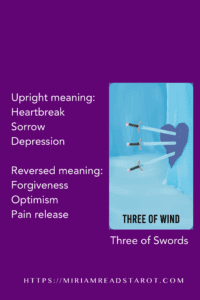 Astrologically, this card is associated with Saturn in Libra.