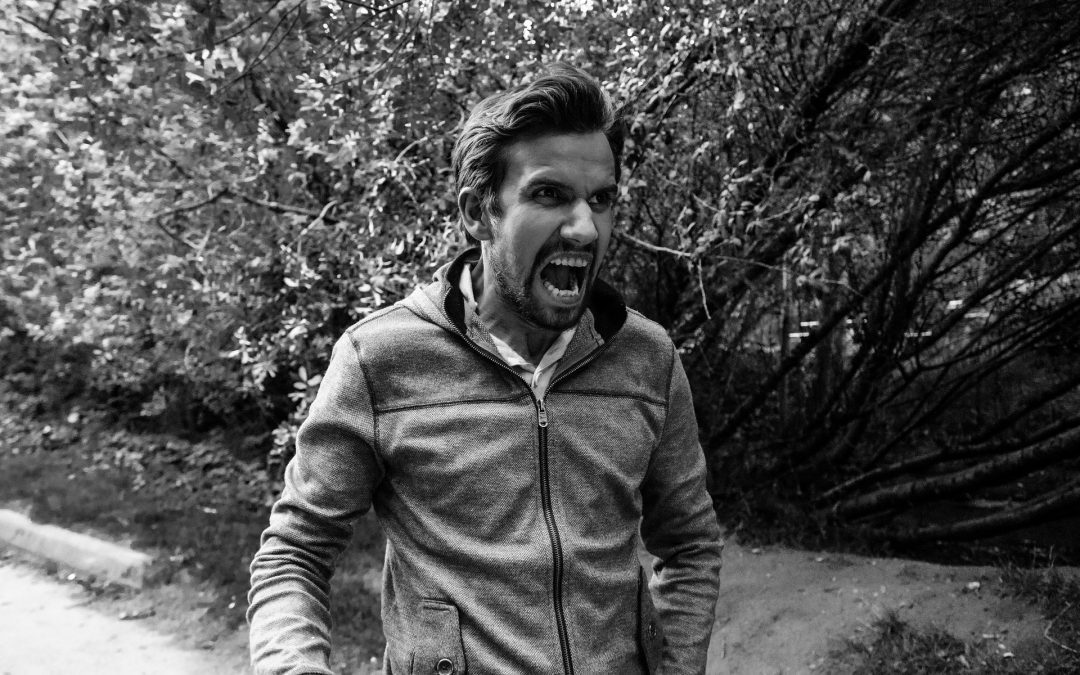 Everyone gets angry out of nowhere every once in a while for a variety of reasons. Anger usually results from one’s need not being met as well as betrayal. It also results from having to watch injustices happen, whether or not it is happening to the one who is angry or happening to someone else that is making them angry. Anger is also not an emotion that should be feared or shoved away, as these ‘positivity‘ so-called gurus tell you.

Therefore, telling anyone not to be angry is like telling you not to be hungry! That is impossible!  Anger is a normal part of life. However, anger is usually quick and settles fast. When anger is prolonged and experienced daily when no other demands are being placed, that can signify a mental illness such as depression. That is what I will discuss now, and let’s take a look at the tarot card combination that can represent angry outbursts that result from depression or any other mental illness.

Anger and depression often go hand in hand. Some say that depression is really anger turned inward, and that is possible. However, anger often coincides with depression, and something can easily trigger an explosive outburst as well. 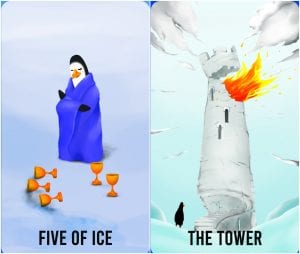 According to Healthline, and through my own experience, anger is a symptom of depression. In addition to that, other symptoms of depression include not only sadness but confusion or hopelessness. There is also a loss of energy, a loss of interest in things you enjoyed doing, and drastic changes in the appetite.

Some people with depression experience anger more than others. However, it is common for those who have depression with anger to suppress their angry feelings. It is easy to bottle it up because those with depression don’t have the energy and desire to get into arguments for no reason.

However, anything can trigger an outburst of anger. If something triggers you, then all of the anger you have within can explode, and it can not only scare others but it scares you. You’d be thinking after how you could have suddenly developed a fierce temper.

The angry outburst may include not only screaming, but you may resort to physical violence too, such as throwing things or even physically attacking the one who triggered you.  Therefore, whoever you yelled at or attacked would be afraid to deal with you again because of having a repeated episode of that. That will only make you more depressed because you would end up becoming more isolated if no one wants to be around you due to your unpredictable anger outbursts. You may even get kicked out of places where you lost your temper.

Here is an example of someone with depression who struggles with anger. You are waiting in a long line up at a grocery store to check out. Someone decides to cut the line right in front of you. You suppress anger as it is, but once you see that individual cutting the line right in front of you, you will call them out in a loud and not so kind way as you raise your voice. If they talk back at you, you may even threaten them.

What ends up happening? The individual takes the message and goes to the back of the line, but you are told after you check out that you are no longer allowed to go to the grocery store because of your anger outburst. Therefore, you feel even angrier. Not only are you no longer allowed to go to your favorite place to do your grocery shopping, but you cannot stand the idea of the one who cut the line getting away with it scot-free. Where is justice? Therefore, this incident will only fuel your anger more, which you are working hard to suppress until the next explosion happens.

How Can You Control Anger With Depression?

Well, here is the thing. I am not a fan of meds, but that is just my experience since I am resistant to them. Meds can help others who suffer from depression and therapy as long as you find the right therapist, which can be difficult. However, if a specific person or thing makes you angry, it is best to avoid them since they make you feel worse. If you can’t, then only spend the minimum around it. You will need to take some time to take walks outside to help you stay calm if you fear you will lose your temper.

If it is a situation where your boss constantly angers you, you can always look for another job. However, if that prospect is too scary or not realistic for you, then that is an issue where you will have to work with your therapist. Again, you can do what you can to spend as little time as possible around your boss too. You can try techniques like that because, unfortunately, it is not everyone’s reality to avoid something that makes them angry as they struggle with depression.

However, if you are constantly angry and depressed, you need to see a doctor if you have not already. I understand how debilitating that is. You are not alone.