Is It Ethical To Do Tarot Readings Regarding Pregnancy? 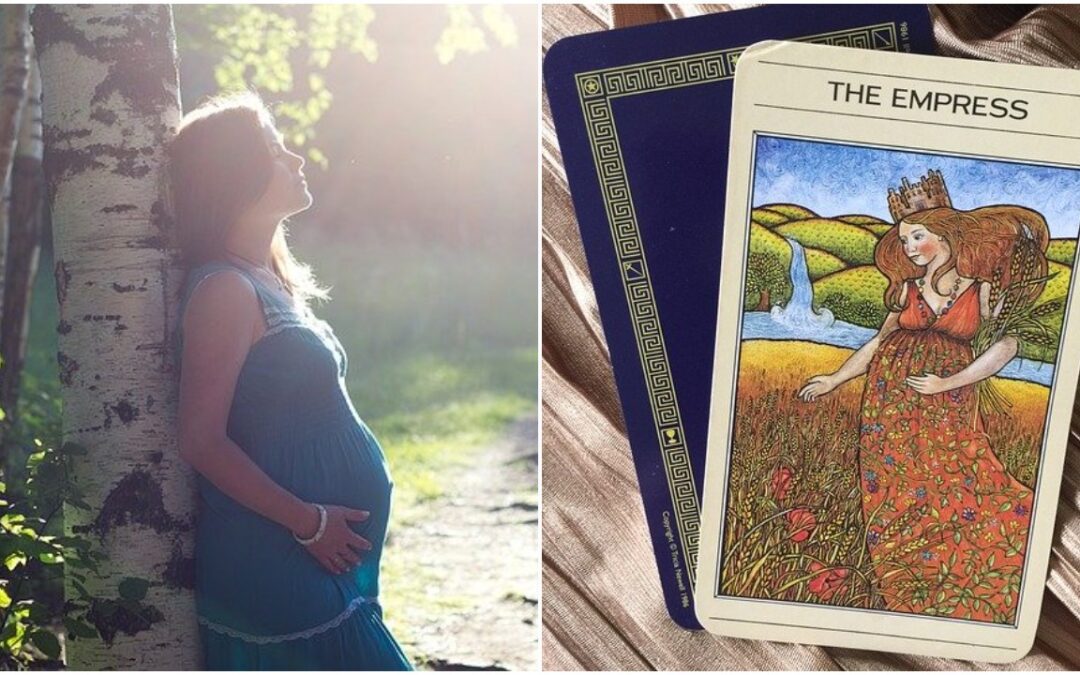 In my recent post about what questions to not ask the tarot cards, I included the topic of pregnancy. That is because pregnancy is in the medical area, and when you ask the tarot cards any medical questions, that is an ethical issue. Now, some tarot readers don’t have a problem with doing pregnancy-related readings. However, that is not something that I am comfortable doing, and I am aware there are plenty of other tarot readers who feel the same way.

There are plenty of women who hire tarot readers when it comes to doing tarot readings for pregnancy. When I started doing tarot readings regularly over 15 years ago, I dod a tarot reading for a friend who just got pregnant. Listen, I was beginning, and I wasn’t overly aware of what types of readings were ethical and what was not. Maybe I should know off the bat that pregnancy readings were a no-no just because of common sense. However, common sense can lack, as you know, especially when you are just starting with something new. Yet, I did see that it was not ethical to read for someone who wanted to know when they would die. You do not have to be experienced in tarot readings to figure out that it is a significant ethical issue.

However, I did not think that there was a pregnancy issue when it came to doing pregnancy tarot readings. Yet I did one, and I will always regret doing it. But that is how you live and learn. I had a friend I lost contact with a decade ago (no conflicts, we only drifted apart) who got pregnant and asked me to do a tarot reading on her pregnancy outcome. Of course, I agreed to do it, and I was not charging for readings yet as I needed to gain the experience. That was also why I decided to do it, which was wrong when I think back on it.

However, I did the reading, and what was the outcome card? The Ten of Swords, because of course that just had to come up! And the challenge for me was delivering that message. How do I tell her that it looks like the pregnancy won’t continue? I didn’t. I told her vaguely to make sure that she keeps in touch with her care provider. Of course, that worried her, but that was the only information I was going to give. I wasn’t going to tell her that she looked like she was going to miscarry, according to the cards! And sure enough, days later, she did! I learned the hard way never to agree to do pregnancy tarot readings again.

And besides, you don’t consult the tarot cards if you want to know if you are pregnant. You need to go and grab yourself a home pregnancy test or go to the doctor to have some bloodwork to confirm. The tarot cards cannot do that for you! Therefore, doing pregnancy and conception readings are just out of the question. Any tarot reader that does them needs to learn a thing or two about ethics. However, there is always significant. However, you can ask the tarot about pregnancy that does not become an ethical issue.

How Can You Approach The Tarot About Pregnancy?

The one thing that the tarot does for you is to provide you with guidance and insight, and there is nothing wrong with you consulting the tarot to gain these things even with pregnancy as long as you don’t ask if you are pregnant or if you read for a client that asks you that question. You will also want to remind yourself that the answers you receive based on the tarot’s problems aren’t in stone. You are receiving guidance and insight. Let’s now go over the questions you can ask the tarot cards regarding pregnancy.

Is There A Chance I Could Get Pregnant This Year (Or In Any  Given Year)?

If you plan to get pregnant this year, you can ask this question as you can ask the tarot the yes and no question. If you get a ‘no’, remember that it is not written in stone. However, at the same time, if the cards are implying that there is not a chance to get pregnant, then perhaps something will come up that will make the year not a good one to conceive. Maybe you or your partner could lose a job or have an unexpected health issue come up. If you ask the question again and the cards indicate that this is not an excellent year to conceive, you can ask if the following year is, and if you get a ‘yes’, then perhaps that is a better time.

Always remember that the tarot cards provide you with the insight you need. If the cards say this is not a good year to get pregnant, but it happens anyway, that does not mean the cards are ‘wrong’. However, you may be less prepared to handle a pregnancy now than at a better time.

Is This A Good Time For Me To Conceive?

If you think of conceiving now, and it appears to be a good time, you can ask the cards that question. If you get a ‘no’, once again, you may be facing some unexpected obstacles that would make this time not to be the ideal time to get pregnant. If you want to know when to get pregnant, then refer to the previous question. If you get a response of maybe, you will want to look at whether you are physically prepared to conceive. How is your diet? Are you taking folic acid? Have you been to the doctor? If you need to improve those things, then now is the time to do that. The first thing to do is to see your doctor.

When May I Expect To Conceive?

The first thing to know is that if you want to know when the best time to conceive would be, then use it as a guideline. That also is not written in stone. Suppose you want to know when a good time for you to get pregnant, then you can do the tarot horoscope reading. The spread resembles a horoscope wheel, and you go from Aries, starting where the Ascendant or First House would be, all the way to Pisces. If you receive fertility cards such as Empress, Ace of Cups, Ace of Pentacles, Three of Cups, or Nine of Cups (wish), or Ten of Cups (family) in the spread, then you will see the best time for conception.

If you are pregnant or planning to get pregnant, you can ask the tarot cards whether or not you should be under the care of an OBGYN or a midwife. The spread to use for that is the decision making tarot spread as you can look at what to expect if you take either path. That is, if you are unsure of who your best care provider would be. If you already know who you want as your maternity care provider, there is no need to do a tarot reading about this.

What Are The Tarot Cards That Best Represent Pregnancy?

Remember, when you want to read the tarot about pregnancy, something regarding pregnancy, don’t do anything unethical. And for Pete’s sake, get a pregnancy test if you aren’t sure whether you are pregnant or not. The tarot cards will not tell you, and it won’t say to your clients either!