Tarot, Destiny, And Free Will: Does Tarot Really Predict The Future? 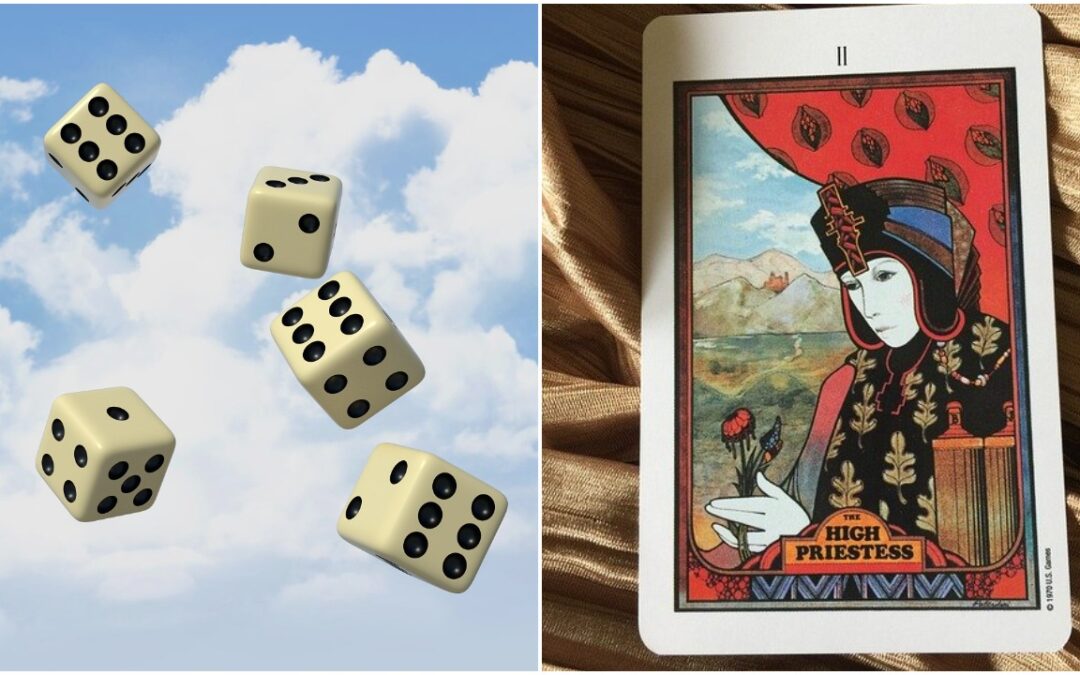 The one thing I have said repeatedly is to never fall for a psychic or tarot reader who says everything is set in stone. That is because everyone has free will. However, are some things in your life set in stone? My belief is, yes, I think there is a mix of free will and destiny that everyone has. The significant things that happen in your life, you can say, are the result of destiny. The way you react to those significant things that happened and the changes you make regarding them is where free will comes.

What Is Fate Or Destiny, And What Are Examples?

If what I said so far confuses you, I will clarify it by using some examples. You were born to parents who weren’t emotionally connected to you and did not provide you with the love and attention you needed. That is a destiny because, from what I hear, your soul chooses parents based on various factors that I believe a lot has to do with karma. Now, does that mean you ‘deserved’ to go through a childhood where you felt unloved? No, this is not about what someone deserves and what someone else does not deserve. However, your soul chose to experience that hardship for the sake of growth. And growth is always so hard. Perhaps you did have karma with one of your parents in a previous life anyway. Regardless of the reason, your soul chose to have those parents in this lifetime.

What about the rest of the things that happened? I do believe that you are also meant to live in certain areas. You are meant to be born on the date that you were, as well as the time and the place. That is how astrology comes into the picture as well. The gifts, strengths, weaknesses, challenges, karma, and areas in your life of focus are also part of fate. Are you good at math but terrible at writing? That is meant to be, and perhaps that is because of bringing skills and weaknesses from previous lives into your current lifetime.

Did you have a childhood where you moved around from one place to the next and never had stability? That is also something that was meant to happen. What about life-changing hardships such as experiencing loss that hits home to you? I also think that it is fate. What about the people who you end up marrying? I think that is also fate, but sometimes it is not. That is a mixed bag there.

Those who you marry who are completely wrong for you, which resulted in a divorce may have been the result of free will. However, that may have been the result of something destined to happen as well. Sometimes your soul chooses to go through that to experience divorce. Other times, it is something that you do base on free will, which is one way that free will is a good teacher.

What about the kids you have or don’t have? Is that a result of fate? Yes, I do think so. And if you happen to have a child that you do not have a good relationship with, then think about the fact that they are meant to experience along with you.

What about incidents that occur to you in childhood, such as being bullied? That depends. Everyone experiences bullying to some degree. However, if you go through years of bullying in childhood, yes, I think it is fated. And I have a reason to believe in my case it was, anyway. I also believe it is fate if you are so well-liked and popular, which I was not.

I also think that those prone to bad luck or good luck also signed up for that, but that does not mean either would last for life. Perhaps you experienced a string of good luck or bad luck for many years until a time of change. Now that you have an idea of what I believe is a result of fate, how does free play out?

What Is Free Will And What Are Examples?

You were born to an abusive parent, and as I said, that would be fated because your Soul chooses your parents and experiences that you have in childhood. Your response to how the abuse affected you is all about free will on your part. You either find it within you to get therapy and to commit to healing, which can potentially go on for a lifetime, or you end up getting into destructive behaviors because of how your parent messed you up. That is an example of free will.

However, if you got so destructive with your behavior to the point that you were drinking and driving and got into a serious accident that caused severe injuries on your end, which required years and years of rehabilitation for you – that may be the result of free will, or that could be fated. Or perhaps that was a case of free will and fate working together. You were meant to get into that accident, but free will made it happen in a certain way and at a certain time.

Therefore, the decisions you make and the actions you perform in life result from free will. And if something is destined to happen, it will find a way to happen regardless of a decision you make. Let’s go back to the example of the person who felt like a victim after growing up in an abusive household. He made bad decisions, which led him to injure himself through drinking and driving severely. He required years and years of therapy and rehabilitation. Was that the result of free will or fate? That isn’t easy to know. Or once again, it was a case of free will and fate going hand in hand.

This is where you start to wonder about those ‘what ifs’ in this case. If he chose to get better and heal himself, perhaps he would not have had to go through that difficult situation where he severely injured himself. However, if he were meant to experience an injury of that nature at that time, he would not have driven drunk. He would have likely encountered it by getting into some serious accident in other ways. Or, perhaps, he was meant to be on a path to healing, and he chose not to heal and to spiral down instead. Then, in that case, the accident that he had resulted from free will on his part. The accident may have happened to help him get onto a path of healing. Perhaps it was a wake-up call to him, making him realize that the decisions he made to stay a victim were going against his path to healing in that lifetime. Once again, that was a case of free will and fate going hand in hand.

Therefore, now you have a better understanding of the difference between fate and free will. Sometimes you will not know the events and incidents you encounter being the result of fate or free will. Where does tarot come into this? Does tarot really predict the future? If so, then how does free will play into tarot?

Tarot, Fate, And Free Will

This topic is somewhat dicey. That is because even though some events and incidents in your life are fated, I don’t like to say that whatever a tarot brings out that things are set in stone. When it comes to astrology, I believe that some things in your horoscope indicate fated incidents and events happening at certain times in your life. With tarot, in some cases, yes, and in some cases no.

That is why I personally prefer to read tarot to help provide the querent insight rather than predicting things that will happen. However, tarot can indeed predict fated things, but it can help give you options of how to handle any fated event. For instance, if someone just hooked up with someone and wanted to know if their relationship was going to last – and the Death card was the outcome, then that can mean one of two things.

It can mean that the relationship will end as we know it, or it can mean that something within the relationship will go through some significant transformation. That will depend on the surrounding cards. I would also not say that a breakup will happen because of it being set in stone. It would, however, warn the querent of the great possibility of it.

That same querent comes back weeks later crying to tell me that the relationship ended. Therefore, that Death card was representing something fated. However, if the querent comes back to ask whether or not she should start dating again right away, then that is how tarot can provide insight based on her free will. Tarot can help her, in this case, decide what to do after the break-up.

She can ask two questions. One would be what could happen if she begins dating again soon after and ends up getting the Seven of Swords as the outcome. That would mean she would be fooling herself if she truly thinks she is ready again to date. If she were to ask what would happen if she waited and lived a single life before dating again and pulled the Star as the outcome card – that would be a better option for her. The Star card means she would develop hope and faith overtime for meeting a better match.

Therefore, that is how tarot works for predicting the future and showing you outcomes based on the decisions you make, which is the result of free will. Therefore, fated events you cannot do anything about because they will happen will find a way to happen. However, the way you handle those things, good or bad, is up to you, all about free will. Tarot will provide you with the insight you need to help you make better decisions based on the outcomes of hypothetical decisions you make.