Tarot Cards That Mean Something Similar Yet Have Subtle Differences 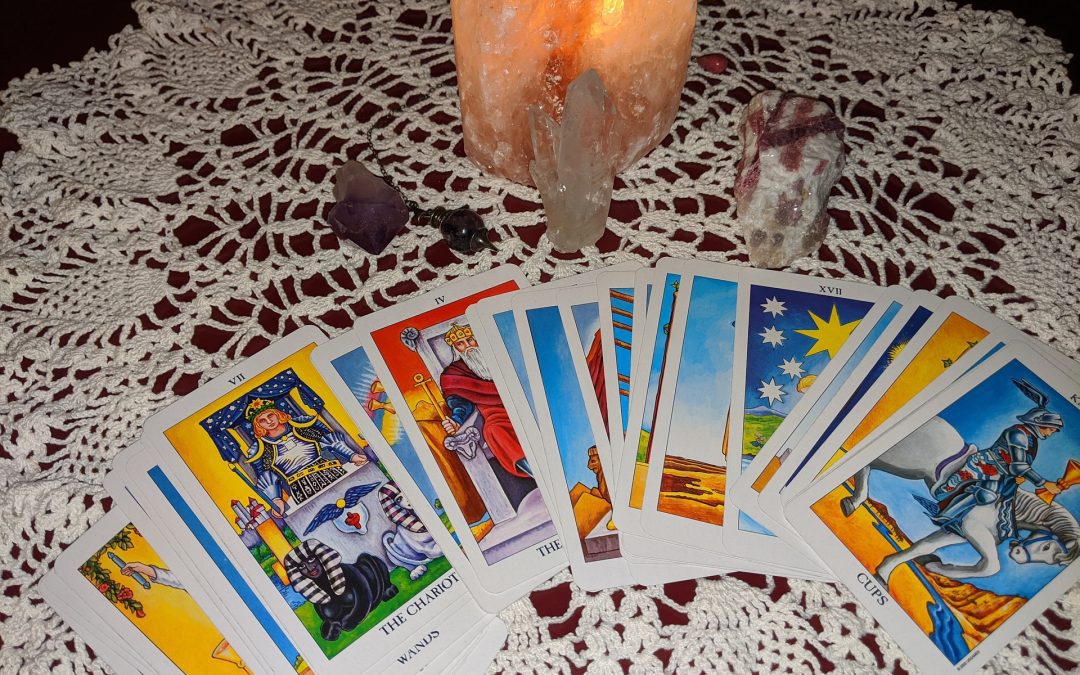 The Tarot Cards That Are The Same But Are Different Simultaneously

Devil And Eight of Swords

The Devil and the Eight of Swords both represent entrapment. However, the Devil means you have physical desires trapping you, which can also represent addictions or a need for decadence. The Eight of Swords represents your negative mind keeping you trapped, which can sometimes mean literal entrapment. That depends on the reading. Let’s go over an example. You have a mother that cannot stop eating, as she is addicted to food. She keeps ordering takeout and runs to the store to get junk food. The Devil represents her addiction to food, but the Eight of Swords represents her belief that she cannot get out of the addiction, so she keeps herself trapped even though help is out there. She may also feel trapped by caring for her kids while having no life. There are other cards with similar yet different meanings.

Death and Tower both represent transformations and endings that are life-changing and shocking. The Death card represents an ending and transformation while you are emotionally going through it, whereas the Tower represents sudden endings or transformations without any emotional preparation. I will go over another example. Being a first-time mom means both. Death represents the woman becoming a mom for the first time, and there is a lot of emotional preparation during the pregnancy or adoption process. However, the Tower represents the unprepared upheavals that come with being a first-time mom, as suddenly, the needs are no longer about the woman! That is a shock.

Lovers And Two of Cups

Lovers and Two of Cups can represent a union or a marriage. The Lovers is about the spiritual connection and commitment that comes from making a choice, and the Two of Cups is about the emotional relationship between two people. The Two of Cups indicates that marriage is happening because two people are in love with one another. Still, the Lovers is not about emotional attachment but about making a spiritual commitment after choosing to be together.

Four of Swords And Hermit

Four of Swords and Hermit are about seclusion, but there are different meanings. The Four of Swords means resting and recovering after being hurt, or it can mean sleeping (which you need to do since your body goes through a “beating” each day that comes from simply being alive. The Hermit represents pulling back from society to gain a deeper understanding of life. Talking to a coach, psychic, or therapist counts. You usually go into hermit mode after dealing with a blow from life. However, if you go through a blast from life, you must rest to process and recover from it, which is the Four of Swords. Then, you will examine what happened, which the Hermit represents.

Four of Wands And Three of Cups

You may think that the Four of Wands and Three of Cups are interchangeable because both mean having a good time with friends. However, the Four of Wands is a passionate celebration or gathering with friends, whereas the Three of Cups is an emotional gathering. For example, you may have a party to celebrate a milestone, as passion would drive you to have the party and to have some fun at it. However, the Three of Cups represents connecting with friends on an emotional level, such as enjoying the company of your friends while going out for dinner or having a get-together.

Ten of Cups And Ten of Pentacles

Many people get confused with these cards. The Ten of Cups represents an emotional connection to a family (or it could be friends that you consider family as family is not always blood). The Ten of Pentacles is strictly wealth and material abundance. There is no emotional tie to the Ten of Pentacles, as it can represent inheritances. Still, there is no material wealth with the Ten of Cups, which means an entire and supportive family.

Six of Swords And Eight of Cups

Six of Swords and Eight of Cups represent walking away from a triggering, stressful, or harmful source to get a fresh start. However, the Six of Swords represents moving forward with your emotional baggage and grief, whereas the Eight of Cups can sometimes mean escaping something stressing you.

Both cards can, for example, represent a residential move. However, with the Eight of Cups, you are moving because your neighborhood has become more of a jungle, and crime rates are higher, or others are gossiping about you because of some misunderstanding, and they are cruel, so you need to escape that. When it comes to the Six of Swords and making a residential move, you are moving because you lost a loved one who lived with you or in your neighborhood, and the grief is too much for you to bear to stay where you are. So even though you make the physical move, the grief and emotional baggage follow.

Justice And Two of Swords

There may be other sets of cards with similarities and subtle differences that I have not covered. With that said, if you know of a set of cards that are like that, please let me know. I can include it!

Suppose you want to learn about how tarot and mental health tie together; here is my newsletter that you will want to subscribe to, as tarot can give you the insight you need for mental health. I will send you more information about how this excellent practice can be helpful. You will also get access to my free tarot course, which you will enjoy.