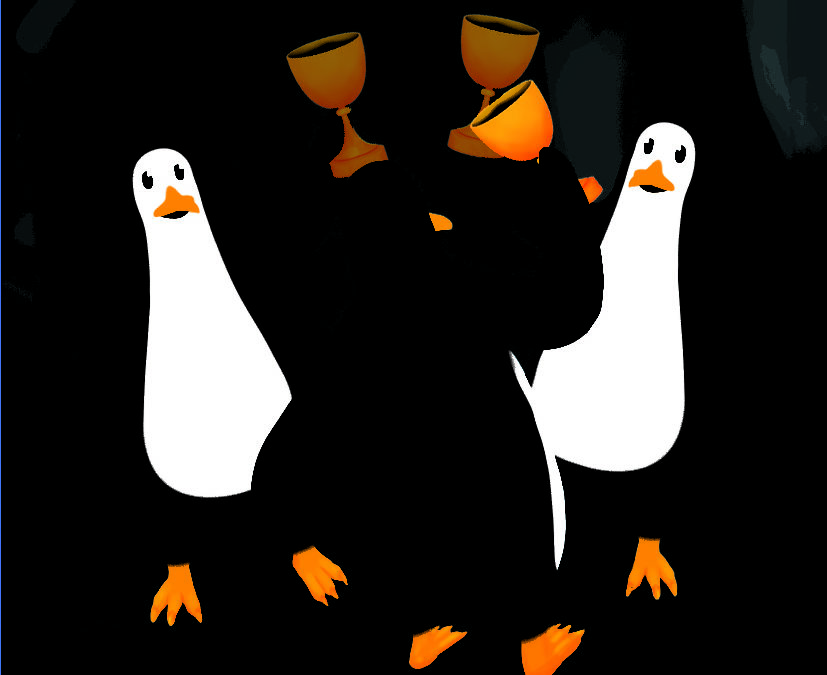 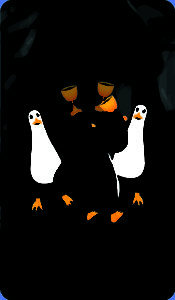 The Three of Cups (Three of Ice in the Penguin tarot deck) is a social card in the Minor Arcana. This is the card that rules celebrations with a group of friends, as well as collaborations and creativity that involve others. It can also be a card that represents a new family whereas the Two of Cups represent marriage or union, then the Three can be a new baby. That would highly depend on the spread as well.

When the Three of Cups shows up in reverse, it can indicate preferring to celebrate anything by yourself. It also represents the need for alone time, or being at the other end of the spectrum, partying too much to the point of destruction. 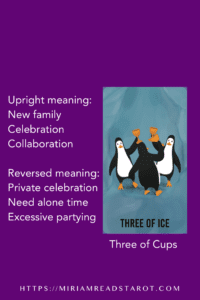 Astrologically this card is linked to Mercury in Cancer.