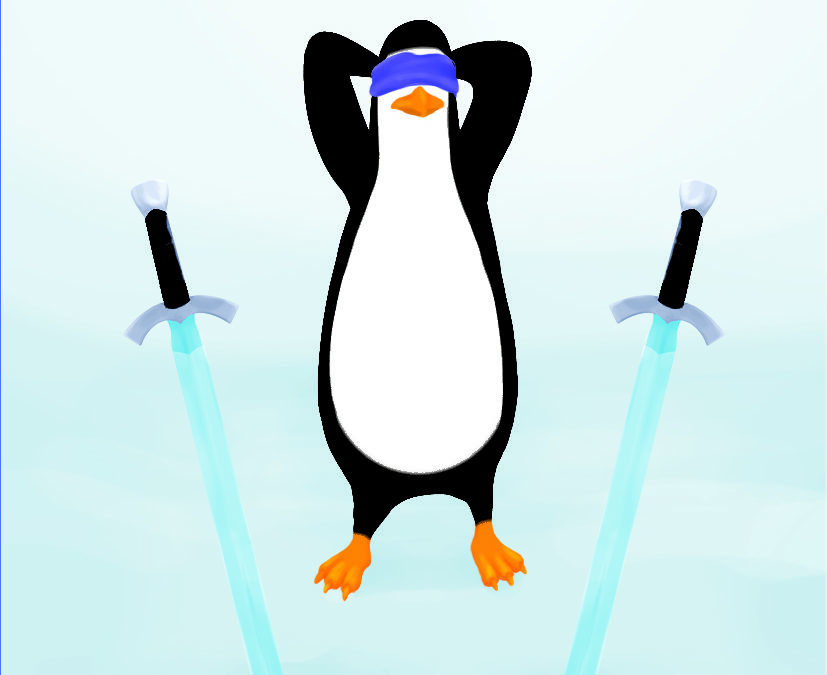 The Two of Swords (Two of Wind in the Penguin tarot deck) is the card in the Minor Arcana that represents having to make a difficult decision and not being sure what path to take. It is important to weigh the pros and cons when making the decision, and this is a decision you do not want to make because it is hard. You may be tempted to avoid it but you know that you have to move forward.

Think of the Two of Swords as the card that says ‘you are darned if you do and darned if you don’t’. But what do you do when you are forced to make a decision that is so difficult? You have to make it eventually. An example of this card is that you are very happy where you live and you like your job but the money you are earning is not as much as you hoped. But you are making the best of what you have.

That is until you are presented an opportunity for employment that is offering you a much higher salary. The catch is you have to move across the country and obviously leave your job, and that requires you to move away from your friends and family. Is the higher salary worth you making this bold and tough decision? Those are the pros and cons you have to consider.

When this card shows up in reverse is indicative that you are literally stuck between a rock and a hard place. You are frozen as you feel you cannot make the decision at all. You are overloaded with information, or you have reached a stalemate. If the other party that involves the decision making refuses to compromise and you refuse to compromise, you are butting heads. 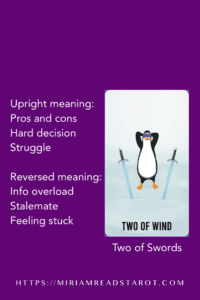 Astrologically this card is linked to the Moon in Libra.