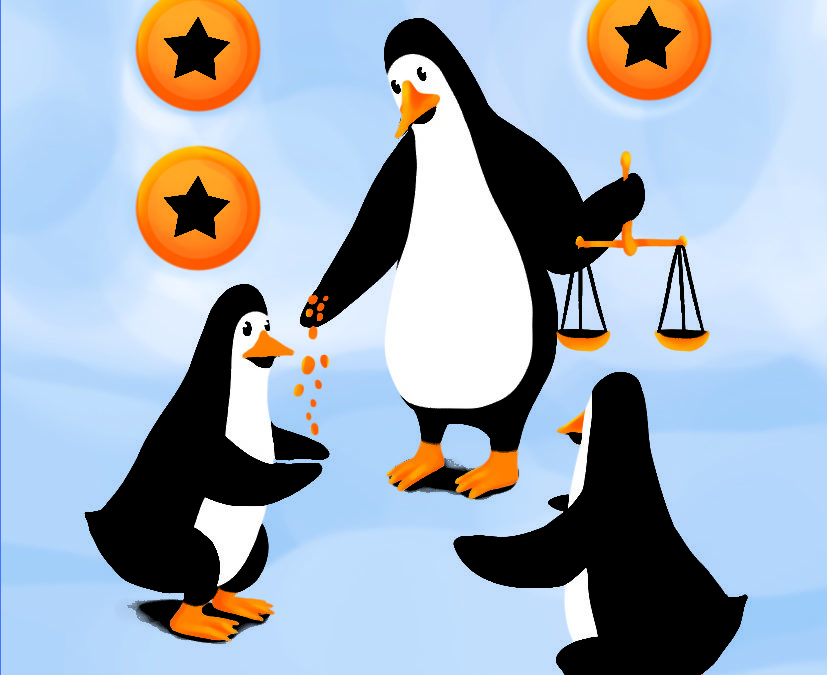 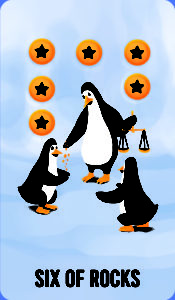 The Six of Pentacles (Six of Rocks of the Penguin tarot deck) is all about giving wealth and receiving wealth. You are also sharing wealth, and it rules being generous and donating to charities. Therefore, this is the card where it shows you are not keeping the wealth to yourself, and it can also mean others are giving you part of theirs.

The Six of Pentacles comes up when you literally do donate to a charity whether it is cash or any of the useful possessions that you don’t need anymore. It can mean donating old clothes that are in good condition for different charities. It can also mean your sister has a baby and you pass some of your baby’s old baby clothes to her. The same would apply if the role was reversed. This card can also represent giving gifts that involve money for special occasions such as a graduation gift.

Therefore, the Six of Pentacles is known as the charity or donation card.

When the Six of Pentacles is in reverse, it means you are not sharing your wealth and are only spending your money on yourself. It can also represent debts that have not been paid or being generous to someone who has taken from you and not given back. 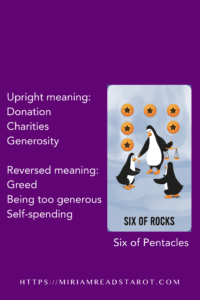 Astrologically, this card is associated with the Moon in Taurus.