Let’s Talk About How You View Court Cards: The Knights 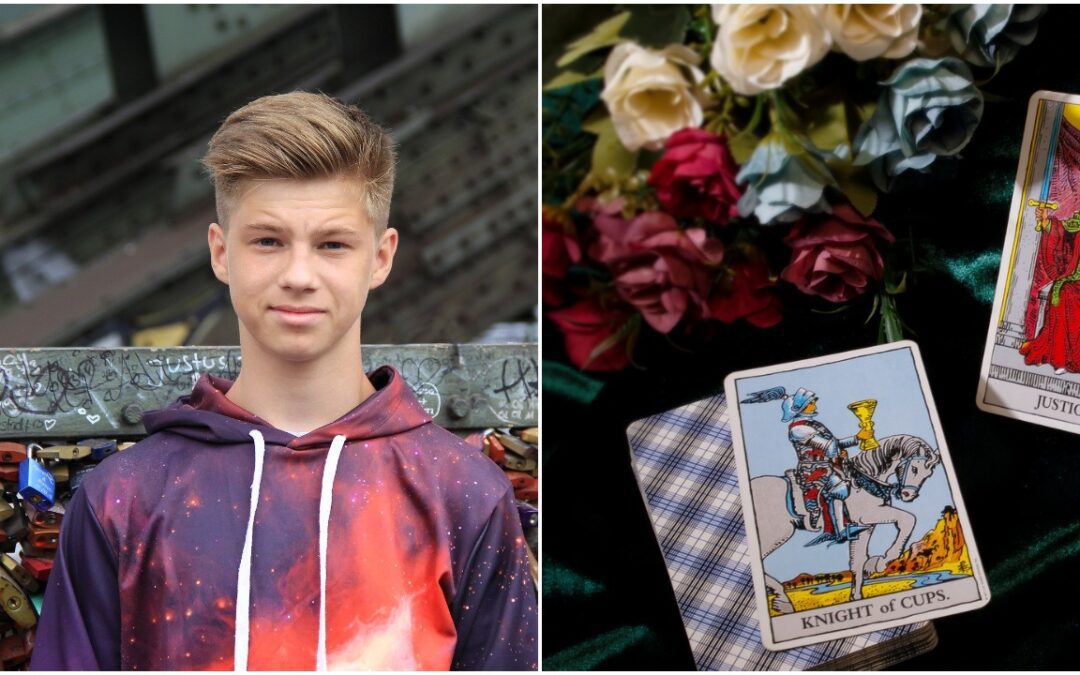 You just had learned about the Pages of the tarot court cards in the previous blog post, as they are the children or the lowest ranking of royalty. You can also compare the Pages to feminine energy, and there is also innocence associated with the Pages. They are in a new situation that they have never encountered before or are about to encounter something brand new that they know nothing about; they exhibit childlike behaviors and responses.

However, children grow into teens, and they have to get to adolescence before they reach adulthood. Teens will rank higher than children based on age and experience. Therefore, when it comes to ranking in royalty, the Knights rank higher than the Pages. That is because the Knights are older, experiences, and more mature as a result. The Knights in the court cards of the tarot are equivalent to teenagers.

The Knights Of The Tarot Explained

The Knights are the messengers and the defenders of the court, and they have fiery nature to them as they are about taking action and doing so excitedly. That is what you see when it comes to teenagers. They are exploring their own independence, so they have a fiery nature to them. They want to do things and explore, which even goes for the introverted teens, you know. The ones who may be geeky by nature would rather stay at home than hang out with friends. They may prefer not to do much outside of their bedrooms, but they sure are busy exploring by surfing the web and potentially exploring websites that they should not be looking at. The Knights are still curious, just like the Pages; however, there is also taking action with that curiosity.

When it comes to teenagers, you also notice that they cannot wait to do something they have been curious about for so long. Think about your high schooler if you have one that runs right to their bedrooms after coming home from school. They want to either immediately call a friend about something or check something important to them. However, they cannot wait. There is always a sense of urgency when it comes to teens. That also means if you see the Knight from any of the four suits in a reading, then you know that there is something urgent coming up for you. Now, you have an idea of what the Knights are about. They are those angsty teenagers that you can easily picture regardless of the suit. Knights usually represent males, but it can also represent females if you feel they relate to one who you know based on their personality. Let’s start taking a look at each of the Knights from each of the suits, starting with the Knight of Wands.

How Do You Describe The Knight Of Wands?

Think about that passionate and creative teenager that is constantly on the go. This teen is full of so many creative ideas and wants to execute them as quickly as possible. They are so charismatic; they are the cool guys or gals of the crows, and are full of energy and do not want to sit around. They want to get things done. Either you present an idea to them, and they like it and don’t want to wait to turn the idea into reality, or they have a great idea that they turn into reality themselves. The Wands is a fire suit, and you are dealing with a fire in addition to a fire that is burning already.

For instance, the Knight of Wands will be the one to come up with planning a surprise birthday party for their good friend. And not only do they come up with the idea, but they will take action on it. They will call caterers, party stores, send invitations, and so on. The Knight of Wands will not wait on this. They also may end up spending more money than they have in their budget as well. Oops.

However, you will see hasty behavior like that when it comes to the Knight of Wands in reverse. There is no common sense when it comes to planning. They may also give off scattered energy. You will also see them show the frustration that things are not going as fast as they should. Or, they are frozen in fear and don’t end up taking action when it comes to anything. They match the Enneagram type 7, The Enthusiast, or Enneagram 8, the Challenger. The signs Scorpio and Sagittarius have associations with this card. The reversed one may be more of the Enneagram type 8. Now let’s talk about the next Knight, which is the Knight of Swords.

How Do You Describe The Knight Of Swords?

You can picture the Knight of Swords as the smart teenager in science class, exploring interesting causes and effects and will write up a detailed report on what they find. These Knights have a strong knack for learning and communication. The Swords is an air sign so imagine mixing fire and air, as both elements complement one another anyway. You have a powerful communicator and learner.

However, when the Knight of Swords is reversed, you can envision a teenager with these traits, but they are unfocused and extremely scattered. They are restless, and even with brilliant ideas, they can deliver it unfocused and scattered. They can easily burn out as well. Imagine the teen that pulls three all-nighters in a row and passes out from exhaustion in the end.

When you compare the Knight of Swords to the Enneagram, you have Type 5, The Observer, or Investigator. However, when it is in reverse, it can either move to Type 7, The Enthusiast, or Type, which moves to its stress line, which heads over to Type 7. The astrological signs Taurus and Gemini have associations with this card. The next Knight is from the Cups suit.

How Do You Describe The Knight Of Cups?

You can easily imagine that hopeless romantic high-schooler writing poetry for his crush and is somewhat an emo type. He not only has his way of words by saying charming things to his crush to sweep her off of her feet (or vice versa, or it can be of the same sex if gay). The Knight of Cups has a thing for imagery and has a deep love for art and creativity. The Knight can be quite an idealist and knows how to be tactful, diplomatic, and a good mediator. However, once you get to know the Knight of Cups well, you will find that this archetype can be quite moody and sullen at times.

When it comes to the Knight of Cups in reverse, you can imagine a hopeless romantic that cannot contain their emotions and will cry at the drop of a hat. You can expect tantrums, extreme mood swings, envy, melancholy, and the one who wants to avoid conflict. This archetype becomes quite withdrawn easily as well. The Enneagram type for the Knight of Cups would be Enneagram type 4, The Romantic or Individualist. Astrologically, this Knight associates with Aquarius and Pisces. Let’s now look at the last Knight, which is the Knight of Pentacles.

How Do You Describe The Knight Of Pentacles?

The Knight of Pentacles is the slowest moving Knight of all and is the most practical one that realizes that money does not grow on trees. Imagine the teenager who was raised from the start to do chores around the house. Perhaps early on, when the teen was younger, they did earn allowance money for cleaning up their rooms and putting their toys away. However, as the teen matured and grew older, they realized that they needed to get a job outside of school and that doing house chores was their responsibility without pay. However, they earn money by delivering flyers or newspapers, stocking inventory at supermarkets, etc.

This is why the Knight of Pentacles is so practical, and they do move forward and take action like the other Knights, but they do it with caution, planning, and move the slowest. As Pages, they didn’t know how to handle money, so they spent it like water and believed it grew on trees. However, they learned over time that it is not the case. They are very much absorbed with cultivating their plans and turning them into a reality. However, they can easily become very stuck in their ways and will not want to change as a result.

Now, if you are writing a novel and thinking of including a teenager in the book, these cards can help you narrow down the teen’s personality. The next post will cover the Queen court cards of the tarot.