Let’s Talk About How You View Court Cards: The Kings 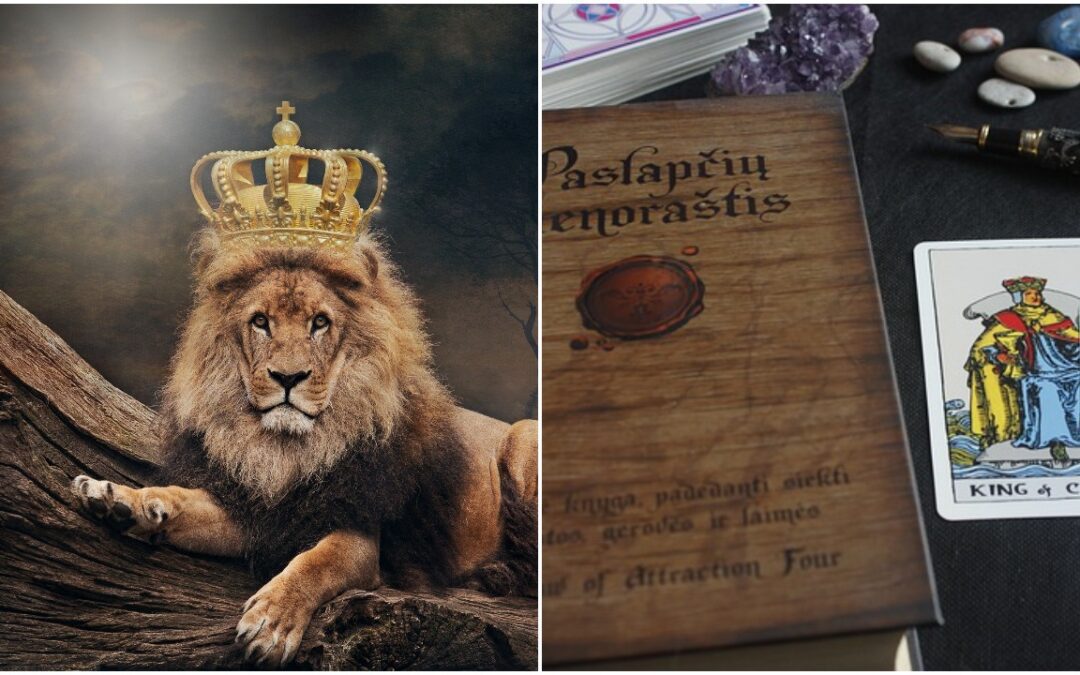 You read about the Pages that rank at the bottom of royalty, the Knights, which ranks higher than Pages, and then the Queens, which rank even higher. That leaves this to the end and to the top of royalty, which is the King! The tarot Kings are the last court cards to cover, and writing this post makes me a little sad because I really enjoyed writing about court cards and their archetypes. However, here we are. It is now time to cover the King archetype and learn what he is all about besides being at the top of the royal rankings.

The Kings Of The Tarot Explained

You already learned that the Pages are the novices or the children of each of the suits, as they are thrown into a situation they know nothing about. And they often handle it in a very immature way, with the example being the Page of Pentacles being the type to believe money grows on trees by spending it like water. Then you have the Knights, who are the action-oriented adolescents that have grown past the Page stage and have more experience as a result. Then they utilize their experiences by taking action that is appropriate to their appropriate element.

For instance, the Knight of Pentacles realizes that they were very wrong about how money grows on trees. They want more money, so they go and get a job and work for it. Then the Queens were there to be open, curious, and flexible and making connections with the world around them. And the Kings are the royal men who are about leadership, authority, as well as being an expert in their field. The Kings share their expertise as well with those who they have connections with and with the world.

Kings are not flexible the same way the Queens are, which contributes to their confidence, determination, and even-tempered. When the King comes up for you regardless of whether you are male or female, that is an aspect of yourself that shows up. Perhaps it is a message for you to control your emotions or impulses, stay determined, and build your confidence. It can also represent a man who is 30 years old and over as well who is in your life or is relevant to you in some way.

How Do You Describe The King Of Wands?

The King of Wands is a passionate leader who is charismatic, vivacious, optimistic, and full of energy. He is very motivating and creative. He may forget, at times, to consider the feelings of others as he can get carried away with his thoughts and beliefs. However, it is never done out of malice. He tends to become overly excited about his plans and his visions. If you remind him that you feel dismissed by what he is saying, he will apologize and do a better job of considering your feelings.

A good example is a fitness coach who wants to share his fitness expertise, eat the right foods, and do the right exercises. His suggestions that he gives out could be unrealistic to some of the clients he has. And he may get carried away with telling the client what they should do, not considering that they need to ease themselves out of their comfort zones. He makes it sound as if they have to jump right out of it, such as taking a jog for an hour each morning when all they can really do is jog for ten minutes to start. Once the client tells him that they cannot just jump to jogging for an hour each morning since they haven’t done it before, then he apologizes and adjusts his expectations.

However, when the King of Wands is in reverse, that would make him purposely domineering, tyrannical, and too forceful. Or it could be the opposite, and they could represent a weak and powerless leader. You would not want to hire a fitness coach that is purposely forceful or ineffective because they have no power within. The King of Wands can either associate with Enneagram type 3 or Enneagram Type 1. Astrologically, they associate with Cancer and Leo. Let’s talk about the King of Swords next.

How Do You Describe The King Of Swords?

The King of Swords is not charismatic and optimistic the same way as the King of Wands. In fact, they are known to be serious. However, they are leaders who possess a lot of intellect, and they use their minds and their research to inspire others. You can immediately think of that business or science professor who may not have been the most charming or charismatic, but you saw him as a brilliant and resourceful man. He was generous when it came to sharing his knowledge and a perfect planner as well. There is definitely a geeky side to this King.

The King of Swords, in reverse, is the one who is that ruthless dictator has. He comes off as oppressive, cold, dishonest, and very irrational. Chances are everyone who has had a teacher or professor who fits that description, whether it was a man or a woman. The King of Swords associates to Enneagram type 1, but the one in reverse associates to the unhealthy Enneagram 1 and the unhealthy Enneagram type 8. Astrologically, this card ties to Capricorn and Aquarius. The next card to go over is the King of Cups.

How Do You Describe The King Of Cups?

You can envision two types of men when you think of the King of Cups. One of the men you can envision is that generous and kind uncle that you always remember handing you some gift or treat when you were younger. He was charming, fun, and you just felt very comfortable around him. Secondly, you can envision the male therapist who comes off as very objective and knows how to detach from emotions healthily. He cares deeply about relationships and the feelings of others.

He is highly perceptive, intuitive, and an excellent judge of character. The King of Cups is really every woman’s dream partner. However, that only applies to the upright version.

In reverse, the king of Cups represents a man who is extremely selfish, manipulative, withdrawn, anxious, and becomes overwhelmed easily. He can be cold as well. You can either envision a covert narcissist or just a guy who was overly indulged by his parents, who has no idea how to stand on his own two feet. He would be quite thinned-skinned as well. The association between the King of Cups and the Enneagram would be Type 2, The Helper. King of Cups reversed would display the unhealthy traits of Enneagram Type 2 or even Type 6. Astrologically, the King of Cups associates with Libra and Scorpio. Let’s now look at the last King, the King of Pentacles.

How Do You Describe The King Of Pentacles?

When you think of the King of Pentacles, you think of a wealthy businessman who knows how to manifest what he wants. He knows how to manifest his wealth, but he is quite generous and shares his wealth with others around him. This man is ambitious and has a protective side as well. Sure, he wants to live very comfortably, and I would even say he loves living a higher lifestyle. But he is not greedy. He realizes that to become wealthy, you have to be giving to others as well.

That doesn’t necessarily mean literally donating his own money to charities, though he often does. What that really means is to share his secrets as to how he attained his wealth. You can think of a wealthy blogger sharing his money-making secrets. He is generous with what he shares as well. He will also share tips with you on how to save money. You can also picture the King of Pentacles as the protective father, who is also the family’s wealthy breadwinner.

That concludes the description of the tarot court cards! Many people tend to become stuck on the court cards as well. Still, whenever you pull a court card for whether or not you are working on writing projects, working on your mental health, or doing a reading, then these posts should help you gain a much better understanding of the archetypes of the cards. Associating these cards with actual people who you either know personally that possess these traits or fictional ones that you simply envision will help you grasp the meaning of each of the cards better.

Disclaimer: I am not a mental health expert but I am an advocate for mental illness, especially depression.