Let’s Talk About How You View Court Cards: The Pages 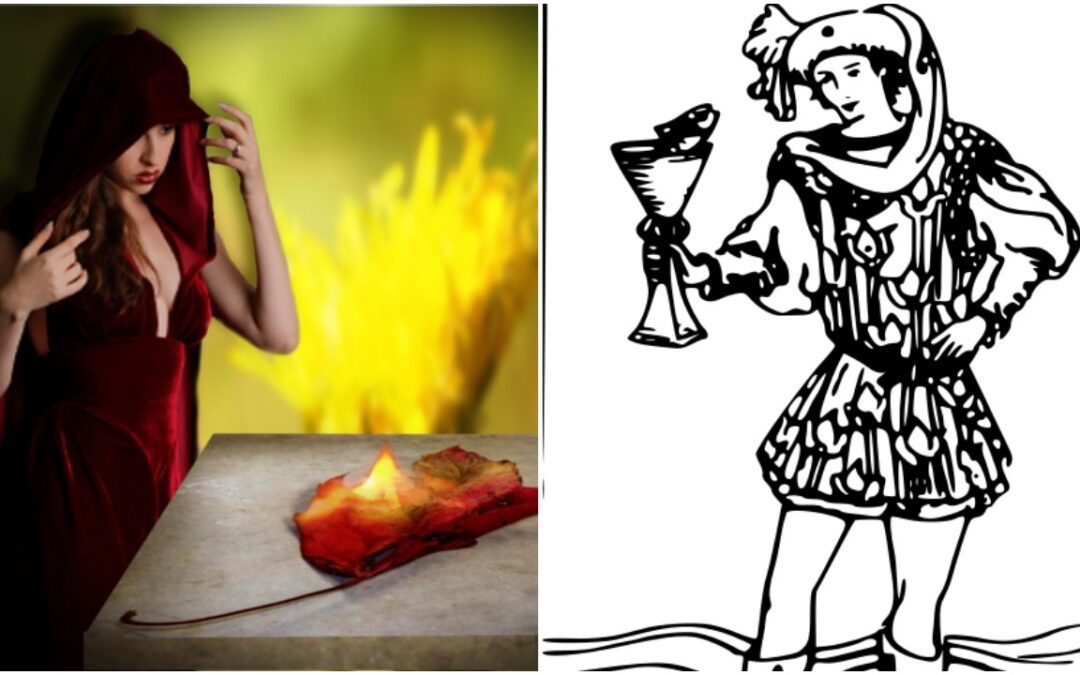 In every tarot deck your purchase, you have the Major Arcana, which consists of 22 cards. Then, the Minor Arcana consists of 56 cards as there are four suits, and there are 14 cards in each suit. And four of the cards in each suit are the court cards. There are the royal cards, which include the King, Queen, the Knight, and the Page of each suit. These cards take the longest to learn as they are the most confusing and simply difficult to understand.

The purpose of the court cards is to either represent people you know based on the characteristics of each of them. They also show your current psychological state and the perception that you have of others around you. Therefore, when you look at each court card, they have ranked accordingly. The Pages are the lowest members as they only carry clout by whoever they are associated with. However, they rank very low when it comes to power. They can rank higher, but they live the idea of living a fun and luxurious life. They have strong similarities to the Fool in the Major Arcana.

The Pages Of The Tarot Explained

Therefore, if there is a curiosity about something but you have very little knowledge of something you are curious about, then that is what the Page of any suit represents. Pages are best described as having a childish or young feminine energy. There is innocence associated with the Pages when it comes to going through a major transformation. For instance, if you just got a new job opportunity that requires you to move across the country and decide to go for it, you will be quite excited about its prospect. You are looking forward to its excitement that does not include the responsibilities you are about to take.

Remember that with the Pages, there is a lack of structure and a lack of direction. You would be wandering. However, there is a negative side to the Pages, which often shows up when there are reversals. You may only focus on the excitement of a new venture by completely ignoring the responsibilities of what it entails. That can also represent immaturity, selfishness, and childish behavior in general.

However, when you think of the Pages, you can think of the foundation of any new venture you are taking. Think about building a home. The first thing to do is to choose a lot, and that represents the Page. Any other action taken will represent the court cards that rank higher. Therefore, it is fitting to think of a Page as a child. Let’s now talk more about the personalities of the Pages in all four suits:

How Do You Describe The Page Of Wands?

Think about a creative child that is full of so many new amazing ideas. The child explores their creative side and wants to think differently or think outside of the box. They have so many exciting ideas and present them energetically. This is the one that is highly fearless and has the characteristic of being extroverted. If you ask a child what kind of birthday party they want, they will immediately tell you in an exciting way that they want their birthday party at Disney World and want to have Mickey and Minnie Mouse joining them at the party. They will imagine having a tall chocolate cake that goes up to the ceiling.

Will any of this turn into reality? Maybe, and maybe not. That depends on the financial situation of the parents in addition to their responsibilities. However, this is how you can best describe the Page of Wands as the card is tied to the element of fire.

The Page of Wands in reverse, however, shows the negative side of the upright card. That can include tantrums, too much distraction to the point that everything imagined would stay like that, imagination, or fantasy. It can also mean a child that lacks interesting and fun ideas, or there is impatience.

Therefore, if you are writing a novel or even a creative nonfiction story, this card can represent a child with these traits. The most fitting Enneagram type for the Page of Wands is Type 7, the Enthusiast. Let’s now go over the Page of Swords.

How Do You Describe The Page Of Swords?

You know that common question of what drunk people and young children have in common? They both have no filter. They tell the truth and nothing but the unpleasant truth. However, even though kids have no filter, they would not necessarily be cruel about what they say. They may ask questions that may be somewhat difficult to answer or about things that are considered taboo, which many times they should not be at all. An example of that they will understandably ask someone who has a disfigurement due to a disease why they appear the way they do in a curious way. However, they don’t ask that question with malice.

How Do You Describe The Page Of Cups?

Imagine a vulnerable child and can easily fall for deception from those who are offering some sort of nurturing to get what they want. A young child is not mature enough to detect this type of deception. Think of that stranger offering that child an ice cream cone to lure them. The child that falls for that can be depicted as the Page of Cups. Alternatively, the Page of Cups can also depict a creative, intuitive, and emotional child. Think of a Cancer or a Piscean child, and the cups suit does correlate with the water element.

A child of this nature may ignore their intuitive side if they are emotionally intrigued by something such as the stranger offering them an ice cream cone. Therefore, this child needs to be taught about stranger danger and needs to learn coping skills to keep emotions in check. That is often difficult for a child to do.

When the Page of Cups is reversed, this indicates extreme childish behavior. Think about tantrums and behaving poorly with someone else. This can also represent a child that doubts their own creativity and is afraid to express their emotions. The Page of Cups can be associated with either the Enneagram type 2, The Helper, or Enneagram type 4, The Individualist. You can also say this one is comparable to Enneagram Type 9, The Peacemaker.

How Do You Describe The Page Of Pentacles?

The Page of Pentacles would be that child who loves money but they do not know about saving it like most children. When you hand money to someone who has no idea how to handle it, you know it won’t last. You can think of a wealthy child that has been handed many frivolous goods. They think that money grows on trees and will want all of the toys in the world.

Alternatively, you give the child money, and they immediately spend it because they don’t know what to do otherwise unless they are taught. When you bring money to a Page, then the idea of that money, which is a new concept, excites them. However, they have no idea how to handle it. This can mean that if you are suddenly successful in a business venture and are making a lot of money out of nowhere, you could start spending it like water on marketing campaigns that you don’t need. The next thing you know, you will end up at a loss. Therefore, that is childish behavior when it comes to finances.

Now you can see the characteristics of the Pages of each of the suits. Now, the next post will cover the Knights of each suit, which has some significant differences.