How Can You Use Tarot To Write Fictional Manuscripts? 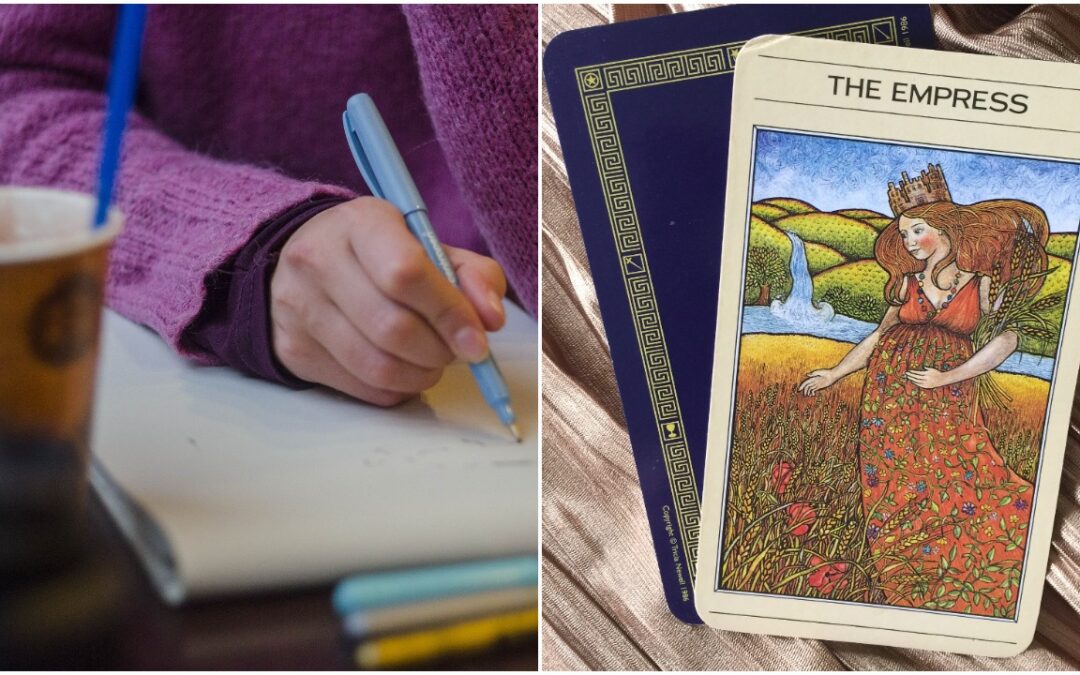 You already learned about how to use tarot to push through writer’s block. It is a matter of pulling a card to give you inspiration for what to direct to go when you want to write something new and what to write about. You can always keep pulling cards to push through writer’s block if you need to pull more than one card to gain the clarity you need to find something to write about.

However, when you want to write a book, whether it is a novel or a nonfictional book, the process is different and more complex than using tarot to remove the writer’s block. In fact, you will need to use your cards throughout the time you are writing your manuscript because new ideas for your novel or even non-fiction book will pop up. However, you won’t know how to implement them properly until you use the cards for guidance.

There is a big process to this, and let’s firstly start by establishing an outline for a novel you want to write. That is what this particular blog post will focus on. An example of this is that your idea for the novel is a young mother going on a life-changing journey. That is all you know, and you may have the type of journey figured out. But, you still are stuck on where to begin. You have a pen and paper in front of you for writing the outline. However, you are unsure of where to start. This is the basic guideline that consists of the things to keep in mind when you write an outline for a novel are writing:

You can also add or remove anything from this guideline as you want to write the novel in the way you want. For instance, you may not want to add a protagonist, or you may already know where the setting’s location takes place. Or maybe you don’t even want to add that in (though you should do that, really). Let’s assume that you will use this guideline. And let’s say you pull each card for each of the following points:

Okay, so those are the cards that you pull for this particular novel. Firstly, write the cards down that you randomly pulled for each point. Starting with the basic personality of the protagonist, you pulled the Empress card. That makes it actually somewhat more convenient for you since you are writing about a young mother. But just because she is a young mother doesn’t really mean she will have a nurturing personality. However, since you pulled the Empress to represent her personality, that is exactly how she will appear. She will be nurturing, mothering, caring, and loving.

The location of the setting of where the story takes place is something you may already have in mind. But narrowing it down somewhat is something you could do if you choose. You pulled the Two of Wands for that. Look at the element and astrological sign that this card represents. The Two of Wands represents Mars in Aries. What you want to do is look for the cities or countries that are ruled by Aries. You can Google them since you likely would not know. The countries ruled by Aries are Israel, England, Germany, Hong Kong, Poland, Lithuania, Zimbabwe, Sierra Leone, Syria, and Senegal.

If you are interested in the cities ruled by Aries, they are Birmingham, Leicester, Krakow, Naples, Florence, Marseilles, Utrecht, and Georgia. That gives you something to play with right there. Say you decided to choose England as the country where the story takes place, and you decided on London. Perfect. You have your place.

Now you want to look at the main purpose of the protagonist. You pulled Strength for that. Therefore that is hinting in the novel; she will need to rely on her inner strength, which is fitting, considering you are writing about a young mother who will go on a life-changing journey.

This card will bring it to the nitty-gritty, which is the main plot of the story. You pulled Justice. Okay, so this life-changing journey this young mother is embarking on involves her fighting for justice for something. You will need to think more about that and pull some additional cards for this if you must. Also, you can start by thinking about what is the most important thing to you. What is something that you are passionate about that fits this scenario? What is something that gets swept under the rug a lot, or is stigmatized? What is something you want to see change?

Here is an idea—mental health. There are still a lot of stigmas attached to mental illness, and it is something that still gets swept under the rug as well. Now you are starting to string the outline of your novel. The story takes place in England. A young mother has nurturing qualities, and she is ready to go on a life-changing journey.

She is tired of how serious mental illnesses are swept under the rug and heavily stigmatized. She wants to bring an end to this and bring justice to those who have mental illnesses who have not been taken seriously. Perhaps this involves her exposing psychiatrists or clinics as well who have caused more harm than good. She intends to be the voice of those who have been ignored and not treated well. The way she does this is entirely up to your creativity, and you may want to pull more cards for the plot to gain further clarity based on how she is bringing out awareness and what she plans to do.

You can also make it that the young mother struggles with mental illness and sees a therapist who will be the antagonist because of discouraging what she is doing – and will even take action on preventing her from bringing out awareness in the methods she plans to use. There are so many ways to play around with this.

And what about the climax of the story? The Devil is the card that represents the climax, which is the apex, as you know, and this can easily indicate that she has gotten very obsessed with her purpose during the process. The climax could be that she became so obsessed with it to the point that she collapsed and was endangering her health and had to be admitted to the hospital due to lack of self-care.

You can always pull additional cards for this point of the plot to gain more clarity if you are unsure of how to make it attention-grabbing. For instance, if you pull the 10 of Swords as the additional card, maybe her obsession cost her friends and family, and harshly discovered that she either had to choose to let go of this obsession or lose them. Either way, her obsession with being on this journey has been consuming her, and she was forced to discover that in the harshest way possible.

Now the story winds down, and some resolution is found after the climax. And the card that represents the ending is the Seven of Pentacles. This means that her efforts will pay off but in a slow fashion, and she is aware of that and is satisfied that she accomplished her mission. That is just an example of how to write an outline of a novel by using the cards. And your interpretation of that sample I had given you may be very different from mine. You use your intuition, and you use your creativity.

Remember, that is just the preliminary outline. As you move further into writing the manuscript, you will need to pull more cards to gain clarity based on different directions to write about. You will also struggle with writer’s block at some point, and then you will want to refer to the writer’s block post. The next blog post will cover how to use tarot cards to create outlines for nonfiction pieces.