Let’s Talk About How You View Court Cards: The Queens 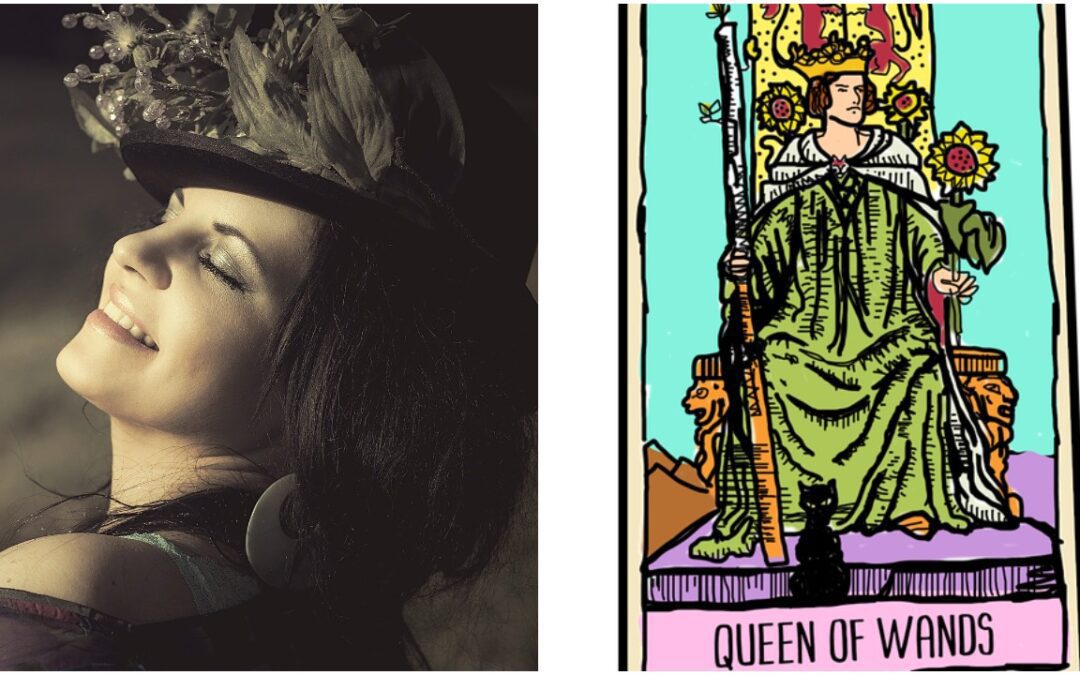 So far, you learned about the Pages and the Knights of each suit of the Minor Arcana in the tarot. They represent different energies as the Pages are very child-like and represent innocence. The Knights are the deck adolescents, and they represent taking action that fits with each of the four suits. You are ranking higher in royalty now, and what you have left is the King and the Queen. The Queen will always rank lower than the King as the King is at the top. This post is about the Queen court cards of the tarot and their characteristics and archetypes.

The Queens Of The Tarot Explained

When you think of the Queens court cards, you will immediately think of any woman over the age of 30. That, however, is not always the case as the Queens of each of the suits represent openness, expression, curiosity, and power. Queens are also quite inspiring and dynamic as well as flexible in their own ways. They are highly competent and well-aware of their environment and the world around them as well.

When you grab the Queen of the tarot deck, you being asked if you are working to your potential. Are you doing the best you can with yourself and with what you are capable of? Are you putting something off out of fear and giving in to procrastination, or are you giving into other bad habits to hide from something? That is the message you receive if you have the Queen pulled or pulled the Queen yourself if you are doing a day reading.

However, when you pull a Queen when you are working on writing a story, whether it is fiction or creative nonfiction, you will use the card to represent that female character. When you pull the Queen to clear writer’s block, then it can serve the purpose to write about a woman that inspires you or write about something she did to inspire you. There are so many ways to work with that kind of energy.

Let’s now talk about the Queens of each of the four suits more in detail so you can see the picture painted of how they appear more clearly, starting with the Queen of Wands.

How Do You Describe The Queen Of Wands?

When you think of the Queen of Wands, you can imagine a very independent woman who is confident, fiery, creative, and charismatic. She has a lot of charming qualities. She could easily be that motivational speaker or enthusiastic public speaker for any field. You can also picture a dance instructor as well who is full of energy and excitement, and encouragement. Imagine that Zumba instructor that does not slow down and tells the class to keep moving with a lot of enthusiasm with the fast-paced dance music playing in the background.

She would also be that teacher you fond memories of because of how fun she was and how charismatic she was and managed to turn boring school subjects exciting. The Queen of Wands has very outgoing and dependable qualities as well.

However, in reverse, the Queen of Wands could possess the same type of independence, creativity, and charm but is quite introverted instead. She would be quiet but friendly. Yet, the Queen of Wands reversed can also represent her being deceitful and jealous. She may appear to be charming on the outside, but she does not have good intentions and is too busy stabbing you in the back otherwise!

How Do You Describe The Queen Of Swords?

When you think of the Queen of Swords, you could think of the helpful therapist you have that may not be overly warm but always comes from a place of understanding and nonjudgement. She will provide you with constructive criticism and say in a way that will not hurt your feelings but still in a very truthful way. You can also think of that friend who doesn’t really show emotions but knows how to help you cope with difficult situations as she listens to you and makes constructive suggestions. She is quite resourceful as well. She is that advisor that you can really trust.

How Do You Describe The Queen Of Cups?

The Queen of Cups is compassionate, warm, supportive, and intuitive as this is the water suit. She has a lot of traits that are similar to the Empress. She has a strong nurturing side to her and wants to help others find their own spiritual side and their intuitive side. She is the healer. You can imagine a down-to-earth and truly caring counselor or coach as the Queen of Cups. A legitimate caring astrologer or tarot reader would fit this archetype as well.

However, when the Queen of Cups is in reverse, you can think of someone who is too giving, does not have boundaries, suffers from martyrdom, or highly dependent. She would be fragile. You can imagine that one aunt who never got married is always expected to care for your ailing grandmother as she consistently puts her needs on the backburner. She would not know how to stand up for herself, either.

The Queen of Cups matches the Enneagram types 2, The Helper, and Type 4, The Individualist. The reverse card brings out the worst of both types. Astrologically, she associates with Gemini and Cancer. Now let’s take a look at the last Queen, the Queen of Pentacles.

How Do You Describe The Queen Of Pentacles?

The Pentacles is the earth suit, and when you think of the Queen of Pentacles, you can think of that working mother who is doing a great job juggling work, childcare, and home duties. You can imagine the mom with three kids, one school-aged child, another child in preschool, and a baby as she is constantly working on her laptop and the phone for business. However, she tends to the needs of her kids and husband.

You can envision that mom talking to her client on the phone as she is preparing the baby bottle since the baby is hungry. However, the upright version of the card will not run herself ragged. If she finds that she is filling her plate beyond capacity, she knows that it is time to start delegating. That means she will have to hire a cleaning person to clean the house, rely on grocery delivery, and set up automatic banking. She will focus on her responsibilities as a nurturing and providing mother and a good business or career woman who can organize herself more often than not.

However, when the Queen of Pentacles is reversed, this can represent a working mom who runs ragged and struggles with disorganization. She is often late when it comes to paying bills and is notorious for forgetting important appointments.

You can also envision the Queen of Pentacles reversed as a woman who works only for herself and has a side business to cover her needs but still has a nurturing side. The card may also represent a woman who is insecure, jealous, dishonest, materialistic, self-centered, and highly intolerant. She also gossips, and you cannot trust her to keep a secret. You can associate the Queen of Pentacles with Enneagram Type 6, the Loyal Cynic. The reversed Queen of Pentacles brings out the worst of that type. Astrologically, she associates with Sagittarius and Capricorn.

The next and final court card to examine is the King. That will come next. However, if you are writing a story and looking to find a female character to add, any of the archetypes of the Queens, upright or reversed, can help you a lot. Stay tuned for the King descriptions.