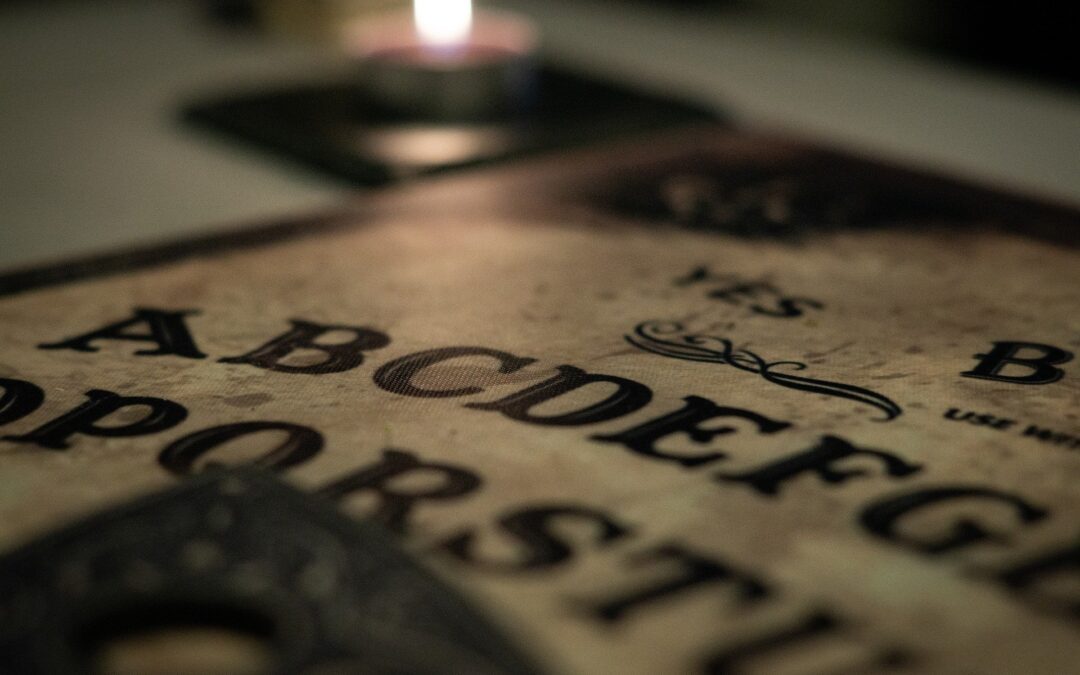 In the Northern Hemisphere, the fall is coming as summer is coming to a close. This is the time when the veil is thinner, especially as Halloween approaches on October 31st. Therefore there will be plenty of more talk about tarot cards, runes, and Oujia boards as time approaches. I don’t read runes because I haven’t learned how to do so. It is not that I have anything against runes. I just don’t know how to read them and I am also not particularly interested in reading runes as well. It is not that I have anything against them. I will chalk it up to having just too much on my plate between managing my freelance writing business and my tarot. With that being said, maybe one day I will have an interest.

What Is The Ouija Board And Where Did It Come From?

During the Spiritualist movement in America during the mid-1800s, spirit boards, or talking boards became popular. These boards were created and marketed as items that mediums use to contact spirits. In addition to that, people in general who did not use any psychic ability would finally have a way to contact ghosts as well as spirits from their own homes. The Ouija board is just one type of talking board and it was believed that the term ‘Ouija’ came from the French and German for ‘yes’. But really, it is an Egyptian word meaning “good luck.”

Eventually, the manufacturers of Ouija boards sold them to toy companies as games for families and children. That really was the worst possible thing that could have been done which will be discussed a little later. However, both tools, the Ouija board, and tarot became popular around the same time in history because they were objects of fun and divination. In addition to that, they are shown as mysterious as well as mystical as they have been shown in horror movies and included in horror novels. But here is the thing. Both tools are extremely different. Now let’s talk about how the tarot is used and who you talk to while using it.

Who Do You Talk To When You Use The Tarot?

When you use the tarot, you talk to your Higher Self and your spirit guides, angels, and no one else. It is always a good idea to cleanse your cards by either placing them on the window sill overnight during a Full Moon or at a time when there is enough moonlight. You can also place them on your window sill during the day so there is sunlight but do not leave them there for longer than 12 hours as the sunlight can fade the cards.

When you do a reading, it is always a good idea to use protective crystals such as the amethyst or the black obsidian to ward off negative energies. However, at the same time, it is not essential. The only thing is that if your cards are not cleansed before you use them, and you are not in a good state of mind, you could pick up wrong messages.

However, you are the only one who is using the tarot cards. You pick up messages from what they deliver to you through symbols, pictures, and other factors that stimulate your intuition, imagination, and your creative side. When you feel the urge to grab a random card after you shuffle, that is the influence of your guides.

You can also communicate with departed loved ones through the tarot for asking specific questions. However, because the tarot is a higher-vibrational tool (even the very dark tarot decks and yes I have seen some gruesome ones), lower entities are not likely going to gravitate to the tarot. There are exceptions to that, but I will elaborate a little more at the very end. In addition to that, you are the one that is completely in control as you do your readings. There are no other random spirits that can control your cards. That cannot be said when it comes to the Oujia board.

Who Do You Talk To When You Use The Ouija Board?

You have the Ouija board right in front of you, and you and a few friends or family members want to contact spirits. They want to contact deceased relatives or they want to know if there are any ghosts or spirits in the home which is why they want to use this tool. You are all sitting on the floor with the board on your laps, as you all lightly touch the planchette. You know to barely touch the planchette because the objective is that the spirits you contact will do the job for you by answering the questions you ask them. They could answer by saying ‘yes’ or ‘no’ by dragging the planchette to those areas of the board, or they can spell out the answer.

Then you or someone else using the board asks a question hoping to receive an answer from a spirit. All of a sudden the planchette is moving and you know that a spirit has taken over because you and everyone else around you are not moving it. However, according to scientists, they debunk that the Ouija board is even taken over by spirits. They claim that you or someone else you are with is subconsciously moving the planchette even though it is barely touched. This subconscious and involuntary movement is known as the ideomotor effect.

Scientists have said the pendulum swings at ‘yes’, ‘no’, or maybe for that reason as well. And I am all for science. I really am. However, if the movement of the planchette was solely based on the ideomotor effect – then why are there so many horror stories associated with it?

The fact of the matter is when you make an attempt to contact any random entity by using the Ouija board, you are opening up portals. And you can end up attracting low-level entities, or even demons that can enter your aura or energy field. Perhaps it is true that the explanation of the moving planchette is based on the ideomotor effect. Maybe the spirits are not the ones moving it. However, who is to say that they are not the ones who are influencing you to move the planchette unconsciously? That is something that these scientists have neglected to add.

Let me go off-topic for a moment and talk about how you are influenced when it comes to moving the pendulum. Sure, the ideomotor effect comes into play as well. But, who is influencing your involuntary movements of the pendulum? It is your Higher Self or your guides. They are the ones who have the answers to your questions. Using a pendulum as long as you take certain precautions won’t open up portals. This means to ask for Arch Angel Michael to protect you before asking your questions, and cleansing the tool before you use it by keeping it in sea salt overnight and washing it right before using it. Using a pendulum with protective crystals at the end such as amethyst (which I have) can also help. Lower-level entities will stay away if you are careful.

However, if you ever feel uneasy and sick while using a pendulum then stop as a bad spirit was attracted for some reason. If you are very careful, that should not happen. Now, let’s go back to the topic regarding the Ouija board or any talking board.

Whether or not the ideomotor effect comes into play while using any talking board, you are still opening portals. You are allowing dangerous entities to enter your energy field. There have been reports of demonic possession, illness, destruction, torment, and even death after tampering with it. The manufacturers of these boards did a major disservice by selling them to toy companies. It is not a fun game for kids or families. If you don’t know how to use the Ouija board properly, then stay away from it.

Who Can Safely Use The Ouija Board?

Those who can safely use the Oujia boards are those who know how to close portals after they are done with it such as mediums. Mediums know how to work with these talking boards and know which spirits they are talking to as well. This is why trickers and low-entities also don’t play around with mediums because they know they won’t get very far.

Low-level entities are attracted to Ouija boards and are even more attracted to those who are inexperienced and are using it for fun. This gives them the opportunity to play games with them and to torment them. That is because those who are not experienced at closing portals won’t do it when they are done. Therefore, only mediums and those who know how to open and close portals can safely use these talking boards.

The takeaway is that you cannot compare divination tools such as tarot cards to Ouija boards. Tarot cards are safe to use and they do not open up any portals. The only time tarot cards may not be safe is when you are fearful of them and have the belief that they are tied to demonic forces. Then negative entities can attach themselves to the cards but that does not mean that you would be opening portals at the same time. You may just feel sick and anxious, and a sense of darkness around them.

Normally tarot cards will not attract low-level entities because those who are using them genuinely love the tarot and use them for many purposes that go beyond divination. Tarot cards are used for promoting intuition, self-reflection, and creativity. They stimulate the right brain hemisphere.

Ouija boards or any talking board, however, can be quite dangerous to those who do not how to use them properly since you are opening portals and failing to close them. These boards can easily attract lower-level entities that can torment you. This is why they are very different from tarot cards. I personally would not touch the Ouija board as I tried it out when I was 12, and strange things were happening. I cannot remember what exactly happened but it was thrown into the trash. But tarot is my love.