The Sun And The Moon Tarot: Time To Talk About Toxic Positivity 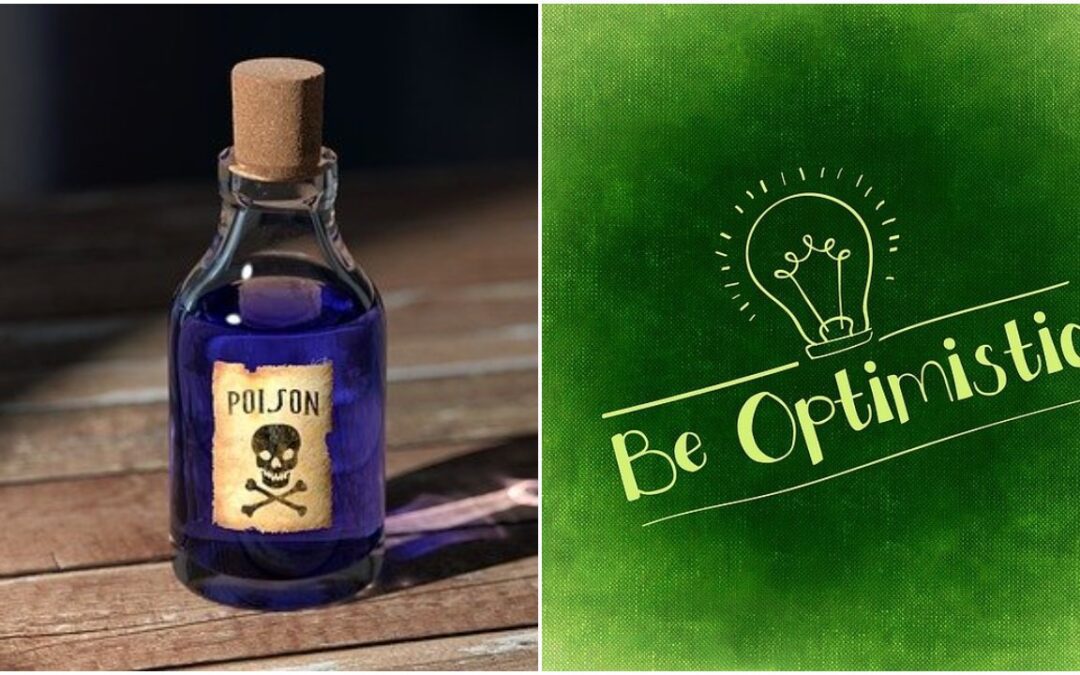 You are going through a tough time because you lost your job or didn’t get the job you wanted. You are understandably upset over it, and instead of getting support, you are told to ‘get over feeling that way because others have it worse,’ or ‘if you think too much about that negative situation, then you will never get the job you want,’ and so on. Those are examples of a problem in today’s culture, and you see so much of this in the so-called wellness industry. That is toxic positivity.

What Is Toxic Positivity?

The example I shared in the first paragraph describes toxic positivity. That is a statement invalidating the difficult feelings and struggles that someone has regardless of the situation. The purpose behind toxic positivity is by saying that no matter what you are going through, you need to think positively and ditch negative thinking – which does so much damage because you need to feel and express every emotion you have. Suppressing negative emotions will only cause further damage in the long run. Examples of common statements that have to do with toxic positivity are:

The list goes on, but you get the idea. Now, here is the thing. I am not saying to stay in a negative frame of mind forever because of something that has gone wrong in your life. And as long as you can freely express all of your emotions, you won’t. You will want to get better once you feel others validate you and once you have the difficult emotions out of your system after processing them. When it comes to toxic positivity, those who use it completely dismiss the fact that you need to process your emotions and all of them to come to terms with what you face.

Instead of using toxic positivity, listen to the individual and be there to support them. When the time is right, gently offer them methods on how to find solutions to their issues. As I said, the ones who are often notorious for using toxic positivity are part of the so-called wellness industry.

I recently shared one of my reality-slapping blog posts on toxic positivity that you see among the so-called wellness industry on my Facebook page. Someone who is part of that industry delivered feedback on how it was too much of a negative post. Is that right? Well, I stated the reality of life. They basically said that you always have to keep a positive mind no matter what you are going through, forgive those who hurt you whether or not they are sorry, and if you fail to do any of that, you are doing a spiritual disservice to yourself. Well, this individual proved my point because that is one example of the use of toxic positivity.

Once I debunked that statement in a reply, I never heard back from them. I am not surprised. That is why I chose today’s tarot card combination as the Sun and the Moon tarot cards.

The Sun And Moon Tarot Card Combination: How Does That Translate To Toxic Positivity? 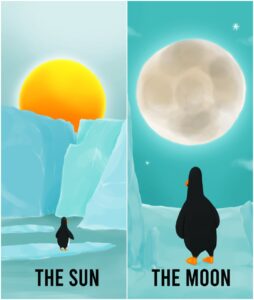 You can think of different interpretations for the Sun and Moon tarot cards (the Penguin taro deck is used). Think about the Sun tarot card, as that is all about positivity, success, and everything lovely. It is a great card, but sometimes it can mask things that truly are wrong depending on the surrounding cards. When you have the Moon next to the Sun tarot card, well, that can mean trouble. However, again, that is not always the case, which also depends on other surrounding cards. Sometimes the Moon can represent intuition, and the Sun can point out that if you have a good feeling about something, then it is true.

However, the High Priestess and the Sun usually means that being the case. The Moon, however, often means that something is not what it seems, delusions, illusions, hiding something, and being fake. Therefore, what is behind this so-called positivity? It is all fake! Toxic positivity is fake, and harmful too.

Another reason that the Sun and Moon combination represent toxic positivity because the purpose of it is to hide and mask your negative feelings. The Moon represents anything hidden, and if the Sun is the thing on top of what the Moon hides, then there you have it.

Think about this. Person A lost their job or did not get the job they wanted, as yes, I am going back to that example. Therefore, Person A is very upset, understandably so over this, and cannot hide how upset they are. Then Person B walks over and tells Person A to ‘count their blessings because things could always be worse.’ So, in other words, Person B is throwing positivity (the Sun) at Person A, telling them to hide their negative feelings over that (the Moon) and only to express fake positivity (the Moon again). There you go.

You can come up with different interpretations of this tarot card combination too! Let’s talk about that now.

What Else Can The Sun And Moon Tarot Combination Represent?

Since the Moon concealed the truth behind a fake front of positivity represented by the Sun, that can represent anything else. Most commonly, think about someone who says they are ‘fine’ or put up a happy front when they are incredibly depressed or not fine for other reasons.

That is a dangerous thing because the problem is that the world embraces positivity but does not treat reality which society deems to be negativity. Therefore, any raw emotions that are not positive are considered taboo. Therefore, whatever is considered taboo remains hidden, and a fake front of love, light, and positivity covers it. That is how this also loops back into toxic positivity. Because when you are forcing someone to be positive when they are facing some raw feelings, that is toxic.

Another thing that this combination can represent is the large part of the wellness industry. Once again, the so-called practitioners are all about positivity, but the reality is that they are quite dark, especially those into dangerous, science-denying conspiracy theories. Therefore, the Moon is a sign that they are not so love and light, represented by the Sun, after all. Once again, that also ties back into toxic positivity.