Should You Quit Reading Tarot When Mercury Is In Retrograde? 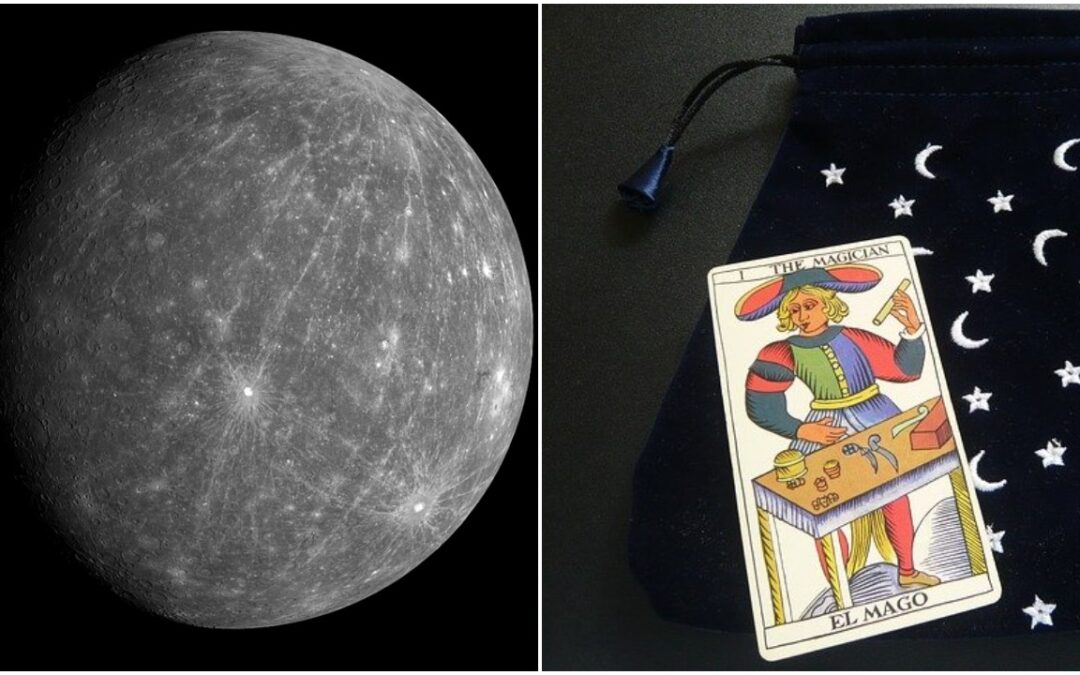 That time is about to happen yet again, which is Mercury going into retrograde. That event occurs about three to four times a year, and that is when panic sets in a lot of people. When Mercury is in retrograde is a time of things that can go wrong, do go wrong. Or do they? Firstly, before getting into the nitty-gritty of using tarot when Mercury is in retrograde, let’s talk more about the fuss that pertains to the planet going backward.

What Is Mercury In Retrograde And How Does It Affect You?

When a planet goes into retrograde, it appears to be going backward in space to the naked eye. However, planets don’t move back as it is an optical illusion. The earth’s position to the planet changes; therefore, the planet appears to go into retrograde. However, energetically, the retrograding planet has a substantial impact on you and the world around you.

However, the one planet that goes into retrograde that has the most significant impact on you would be Mercury. That is because Mercury rules anything to do with communication, thought process, movement, and travel. Whenever there is a disruption to any of those things that creates a lot of drama, that is why Mercury goes in retrograde; that is the time that people dread.

Whenever Mercury is in retrograde, that is the time when you experience sending failed emails, texts, and the texts that others send to you also fail. That is why you often don’t get emails or messages from anyone during that time. That is also a time when you miss appointments, or a client of yours forgets an appointment. Your car battery may die, or you may end up having an unexpected car or vehicle expense. Mercury in retrograde is a time when there are misunderstandings between people and plenty of miscommunications. That results in arguments, and your thought processes are also not working up to par. That can also be a time of your appliances breaking down or there being power outages.

That is why you do not want to start new projects or sign any new contracts and make large purchases if you can help it. Sometimes you cannot help making large purchases, which can involve you having to sign contracts. For instance, if your car completely dies during Mercury in retrograde, well, you will need to buy a new car. That will require you to make the purchase and to sign the contract. You will want to look over the contract very carefully and triple-check it in a case like that, so you do not miss anything before signing it.

Now, on the flip side, whenever you have to make a large purchase or sign a new contract during Mercury in retrograde, it can represent a fated event because fated events are known to happen whenever Mercury or any inner planet goes into retrograde.

For instance, if your Moon is in Taurus, it will square this particular retrograde since it is in Aquarius. That will bring up painful and challenging emotions for you. If Mercury transits through your Fourth House, then you will have to sit with bitter childhood memories. That is a time to process them and sort through them because Mercury in retrograde wants you to put a hold on doing anything new so you can concentrate on old stuff.

How Can Mercury In Retrograde Benefit You?

The one thing you can think about when it comes to Mercury in retrograde is that things are coming to a pause. Everything around you is chaotic, but you cannot help but become self-reflective during those times. That is what Mercury in retrograde does for you. Your thoughts go inward, and that is when you become introspective. You will have the urge to consult a therapist or an intuitive reader or healer at this time. That is because memories will emerge that need sorting.

You will also have the urge to finish up old projects, make some edits and revisions to old projects, and do some cleaning and organizing around your home. That is a good time to clear out closets, remove clutter, and junk or donate items. Therefore, you can think of Mercury in retrograde to do some deep cleaning and tying up loose ends. When you send out emails or texts, review and revise them before sending them. Your intuition can be stronger too during this time. And that is good news for tarot readers.

However, tarot readers can also face some challenges during Mercury in retrograde. Does that mean that they have to put their decks away until after Mercury goes direct? No. Not at all.

How Can Tarot Readers Work Through Mercury In Retrograde?

Remember that Mercury in retrograde can benefit you by fine-tuning your intuition. However, at the same time, your logical side will also face challenges. Even though the tarot reader can have stronger intuition, they can also struggle with getting mixed messages.

In addition to that, do not be surprised if you end up getting more reversed cards showing up. The reversed Swords suit cards will likely happen the most often because that suit affects your thoughts and communication. However, chalk that up to Mercury in retrograde.

Another thing to prepare yourself for is that clients will ask you questions about the past during this time, and the tarot will work well for digging up answers from the past. You will even ask the tarot questions about the past too. And most importantly, trust and listen to your intuition right now. It is strong right now, or during any other time when Mercury goes into retrograde.

Mercury in retrograde can bring a lot of frustration. However, it is a good time to tie up loose ends and to finish up old projects. Sort out your inner junk and process what you need to process. Remove anything that is not serving you, and clean out your closets and drawers. In the meantime, put anything new on hold, and you can go to those after the retrograde is over.