Five Of Swords And Temperance Reversed: What Not To Say To Someone With A Mental Illness 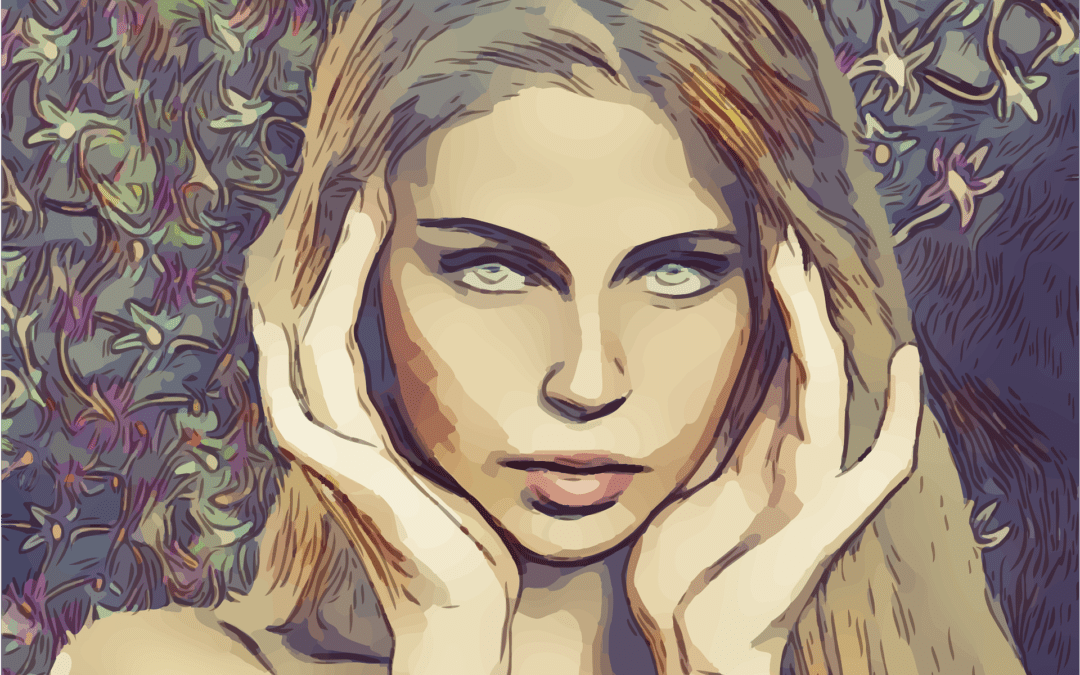 I have spoken a lot about toxic positivity. However, what I am about to write about goes somewhat more profound than that. I mean, those who send out toxic positivity don’t usually do so for malicious reasons. Sometimes people attempt to make you feel better but don’t know how to do so since they are clueless about how you feel. Therefore, they come off as insensitive. It makes it worse whenever someone tries to relate to a sad situation you are enduring when they know nothing about what you are currently facing.

For instance, if you recently lost a parent you were very close to, and someone tries to console you by saying that they know how you feel because they lost their cat years ago, that will not help. You know that individual is trying in their way to make you feel better, and they are not trying to come off as an insensitive jerk. However, unfortunately, they did. They did by comparing you losing your parent to them losing their cat. Firstly, they don’t know how you are feeling, and they cannot understand your grief – only you can do that. Secondly, they compared losing their pet to you losing your parent. Maybe their heart was in the right place, but they did not help matters.

Unfortunately, people will say insensitive things, even when trying to make you feel better after experiencing a hardship. They try to relate but can’t do that and will look like a total jerk. However, what makes things much worse is that they do that consistently when it comes to mental illness.

The fact of the matter is that even though there is a lot more knowledge and acceptance regarding mental illness in general, the stigma isn’t anywhere nearly erased. When you have a mental illness, whether Major Depressive Disorder, Borderline Personality Disorder, Complex Post Traumatic Stress Disorder, or so on, those who don’t suffer from it or have a loved one do not get it.

Therefore, they think you can change your circumstances with a change in attitude and a happy outlook. Unfortunately, it does not work that way. If you have a mental illness, you cannot change how diabetes cannot wish away their condition. That is what this week’s tarot card combination will indicate – the cruel things said to those who are struggling with mental illness. Therefore, the tarot card combination will be the Five of Swords and Temperance reversed. 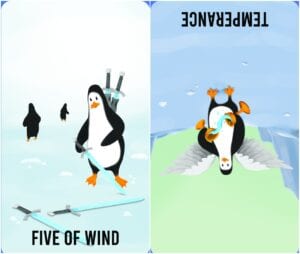 When you have a mental illness, you will lose count on how many insensitive things were said to you. That is why the Five of Swords, the Five of Wind in the Penguin tarot, and the Temperance reversed tarot card combination represent this situation.

The Five of Swords is the conflict and feeling defeated card. However, it can also represent harmful things said to someone. It does not matter whether the intention is there or not to do so.  When you have the Five of Swords in the picture, there will be an exchange of stinging words. When the Temperance reversed is in the picture, that represents imbalances. Therefore, someone with a mental illness has an imbalance of chemicals in the brain, which causes mental and emotional disorders. The upright Temperance tarot card represents moderation, balance, and patience.

Therefore, when you mix the Five of Swords with the Temperance reversed, you will have insensitive things said to someone who has mental illnesses. Therefore, you know that will never turn out too well. Let’s now explore that further.

Common Insensitive Phrases Said To Those Who Have Mental Illnesses

I have spoken enough about toxic positivity, and those who use it are purposely dismissing the suffering of the ones to who they fling it. Those who toss around toxic positivity do not have any concern over you. They don’t want any negativity around them and will say insensitive statements to you such as ‘good vibes only‘, ‘you need to forgive the one who hurt you‘, ‘you should try this remedy‘, or ‘happiness is a choice‘.

Those who say insensitive things to those who have mental illnesses may use toxic positivity, but they usually mean well even though their words hurt. Let’s go over a few insensitive phrases you will hear others tell people with mental illness – and then let’s break it down as to why those words are problematic.

If you tell someone who struggles with trauma, among other mental illnesses, then telling them to let something go will not win them over. Those struggling with past trauma cannot let the very thing that caused them long-term mental anguish go. If you say that to someone, you mean well. However, at the same time, it sounds dismissive, even if that is not your intention. The truth is that someone with trauma cannot let the thing that traumatized them go, and if you want to help them, listen to them, and you can always distract them with something pleasant without being dismissive.

‘It Is Normal To Be Moody At Times’

What does saying that to someone with a mental illness achieve? Maybe you are trying to make them feel less alone by making them think that everyone has the occasional mood swing. However, when you say that to someone with depression or anxiety, it sounds dismissive, minimizing their struggles. You cannot compare normal moodiness to those who have mood disorders due to their mental illness. You can tell them that you are sorry they are struggling and that you are there for them when they need to talk.

If you do not have a mental illness, you cannot compare your bout of sadness after experiencing one isolated, difficult thing to someone’s mental disorder. You try to relate, and your intentions are good, but by saying that, you are causing more harm than good. You don’t know what the person who has depression, bipolar, or borderline personality disorder, or so on deals with daily if you are mentally healthy.  Do not compare being upset and sad from one difficult experience to their daily struggles. You can tell them that you cannot imagine what they are dealing with and remind them that you are there to talk and that you will listen.

‘How Did You Ever Get Into This Situation?’

That question is not helpful at all, and that is victim-blaming. It is not someone’s fault for having mental illnesses. No one situation caused it, and even if there was, how could you blame them for it?  For instance, if someone has PTSD from being in an environmental disaster, can you blame them for that? You cannot, and what you need to do is learn about the condition instead of blaming the victim or the sufferer.

I can promise you that someone with mental illnesses does not want your pity. And you should not pity anyone who has any illness. When you pity someone, you are looking down on them as you make yourself look superior. That is a very narcissistic thing to do, and a statement like that will hurt. Do not say it at all, even if you are thinking it.

‘You Are So Strong’

This one is personal because perhaps a few people who have mental illnesses don’t mind this phrase. However, I’m not too fond of it, and I know that I am not alone. However, being told that I am strong is not a motivating phrase to me. It makes me resentful, and I feel like I am put on a pedestal when I am told I am strong. Those who are battling their inner demons in their mind daily do not want to hear they are strong because they don’t feel it. They are struggling. When you say that to them, there is also a hint of ‘better you than me that is suffering’. Maybe that is not your intention, but it comes off that way, and it is just not helpful. Therefore, please don’t say it at all. Don’t make that assumption, and be there to listen.

‘But You Are So Successful In Other Areas Of Your Life’

Once again, it is known that you mean well when you use this phrase. It is not relevant to the person struggling with their mental health, and it is also very dismissive of the fact that they are suffering. So you have had highly successful people such as Anthony Bourdain and Kate Spade, who clearly suffered in silence. If you knew of their suffering, making a statement like them would not have helped them either. That clearly minimizes their pain which will only anger them and make them feel worse.

There is toxic positivity there, and how does this help the one who suffers from mental illness? And maybe someone else has more challenges and can carry on better. So what? That is not relevant to the one who suffers from mental illness. Someone who struggles with depression, complex trauma, anxiety, and so on may appear to have an easy life on the outside. But the fact is that the sufferer has to live with the demons in their mind, and they have to live with the suffering in their body daily.

If you do not know what to say to someone who has mental illnesses, then the best thing is to tell them that you are there for them and listen. Never dismiss them, and you can always provide them with a distraction without invalidating their troubles. For instance, allow them to talk and really listen to them but tell them as well that you would love to tell them something that happened in your life. Or talk about a movie, a book, a recipe, or a new song that the radio plays. The key is to never invalidate anyone who has a mental illness and to prove that you are there for them.