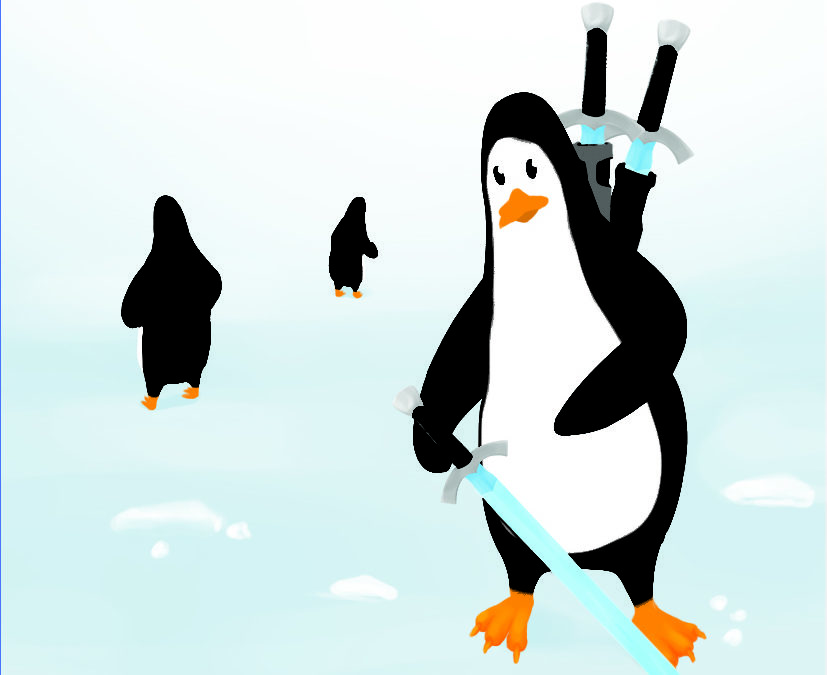 When the Five of Swords (Five of Wind in the Penguin tarot deck) shows up, it represents conflicts and a loss from having a conflict or a disagreement. There is also a sign of competition as well as defeat, and feelings of defeat. And even if you have won an argument, you are still feeling defeated due to the fact that there is that feeling of loss.

There is a loss of respect, dignity, as well as trust on your end, and/or the other had lost respect and trust for you after having a heated argument. And this type of fight is not just a petty argument that will be forgotten about in a matter of a short time. This represents a major argument that has happened between you and someone else that caused a loss, and the friendship would have been lost if the argument had been among friends.

The Five of Swords comes up often when you disrespectfully don’t agree to disagree and that always turns out not so pretty. When you look at those in politics who are at opposing ends, then this card comes up often.

When the Five of Swords appear in reverse, it can be a positive thing as it can represent a friendship reconciled after an argument and making amends. It can also be indicative of forgiveness whether you have made up with who you had a fight with or not. 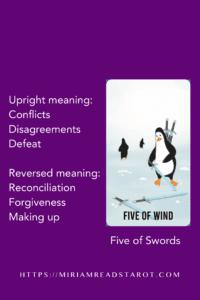 Astrologically, Venus in Aquarius is associated.