Devil And Nine Of Cups: Overeating 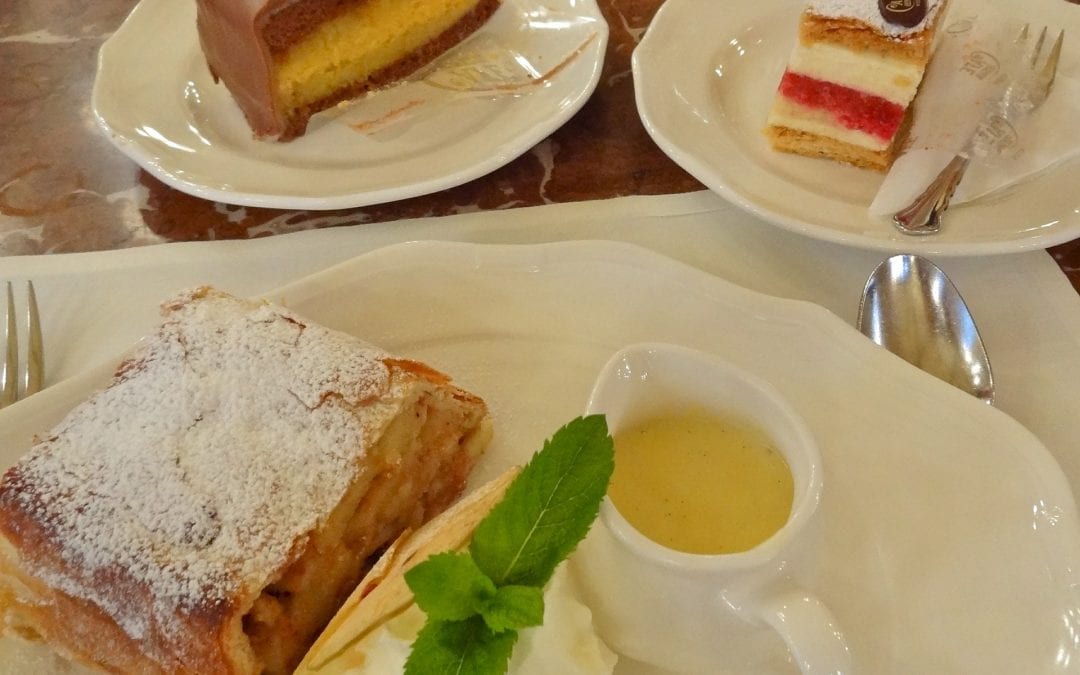 Everyone overeats now and then. You go to a buffet; you will likely overeat. You see all of the delicious options, and you need to try most of them. Who can blame you? Or, you go to a party, and there are so many delicious food options that you cannot resist. As a result, you end up overdoing it. It is easy to look forward to a day of feasting, and they say that is not such a bad thing to do if you are watching your calories, to begin with, as counterintuitive as it sounds. That is because if you are restricting your calories day after day, your body will plateau, so it needs a shake-up. That is right, do the Tower thing to your body, and then your metabolism will get the boost if you overindulge for one day. But keep it at that to reap the benefits.

That being said, I am not talking about overeating because of enjoying a buffet dinner or overindulging at a party. That is normal behavior that you will see from the most mentally healthy people. Instead, as you already know, my style, I delve into the topic of mental illness. And as you can imagine, overeating, if it is happening consistently, is a sign of any underlying mental health condition. First, of course, you have the obvious food addiction disorder known as Binge Eating Disorder or BED. However, other mental illnesses can cause constant overeating to the point it is addictive, such as depression and Borderline Personality Disorder, to name a few.

I am not overly knowledgeable on BED, but since I understand depression and BPD quite well, I can relate to overeating due to fluctuating moods. The tarot card combination I have for that is the Devil and the Nine of Cups. I will elaborate on that below. 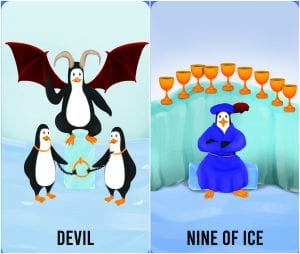 The Devil tarot card is the one linked to not only decadence but addictions and obsessions. Then you have the Nine of Cups or Nine of Ice in the penguin tarot deck, which is traditionally known as the wish card. If you wish for something, the Nine of Cups is the card you want to see. A positive card represents positive outcomes, but there is also another side to this tarot card. That is indulgences and feasts. You can think of the Nine of Cups as the card to pull for a fun one-time feast, but not when it is coupled with the Devil card.

The Devil tarot card coupled with the Nine of Cups makes overeating not only a one-time thing that you can control when you pair the Devil card with another one, that makes the situation pathological. That is because that is a sign there is an addiction or an obsession, at the very least.  Therefore, when you think of the Devil and Nine of Cups together regarding mental illnesses, it is not hard to see that it can represent a pathological binge eating issue.

Yes, as I said before, there is BED or binge eating disorder which is not what I face, fortunately. I am not knowledgeable about the condition for that reason. However, from what I can imagine, since that is the true definition of food addiction, someone who has the condition literally cannot stop eating because, once again, they are addicted.

All I know is that those who suffer from this disorder do not deserve judgment from anyone because these individuals cannot help it. They have an addiction, which is a chemical imbalance in the brain, and therefore it is an illness. Of course, there are treatment and recovery solutions for those who have an addiction. I am sure BED is no different. However, someone who struggles with any addiction needs to have the desire and mind frame and be ready to get the help they need. Don’t shame them if they are not. I can certainly imagine that this is a distressing disorder along with mental illnesses, in general.

The only way I can somewhat relate to any of it is that I struggle with depression, and I have struggled with my weight as a result too. I am not addicted to food, but I am a comfort eater.  Many people with depression do not want to eat and lose weight, but I am unfortunately the opposite. It may be different for those who suffer from depression that doesn’t have a trauma-related disorder than those who do, such as myself. That is because trauma and overeating are linked, according to WebMD.

How Is Trauma And Binge Eating Related?

Scientists say that if you struggle from PTSD or complex PTSD, you will end up with brain damage as chemicals end up becoming messed up. That is not surprising at all. Sometimes trauma can lead to depression, but not always. Those such as myself struggle with both, and sometimes those who have depression don’t have any significant traumatic background.

However, according to WebMD, the changes in the brain chemicals and structures from trauma can lead to food addiction and, at the very least, comfort eating. Those become coping mechanisms, and you will not eat foods that are high in nutrients, but you will choose foods that are high in calories and fat because that is the stuff that gives you a false sense of comfort. By the way, there is a significant difference between binge eating and comfort eating.

You can say that comfort eating is overeating, which means choosing extra helpings of high caloric and fatty foods. However, eventually, you stop eating. Comfort eating on its own is not an illness. Binge eating is an illness, and from what I understand, it is characterized by literally binging on large amounts of food in concise periods of time when you are unable to stop. Because I am not knowledgeable about BED and do not suffer from it, I will zero in more on comfort eating due to trauma and depression.

Why Do Some Depression Sufferers Overeat Whereas Others Do Not?

However, overeating and depression have some links, according to Healthline. It could be negative body image issues are behind that, or you don’t feel satisfied. If you have depression, you are not satisfied with life, so it makes sense that will also translate to you not feeling satisfied with what you had eaten – so you only want more food. Overeating and depression also tie to low self-worth, low self-confidence, and, as mentioned previously, negative body images. When it comes to trauma mixed with depression, it can be a coping mechanism.

Some therapies can help, but it is a matter of finding the right fit and right therapist. I personally am not a fan of medication, as many meds can cause weight gain, which would make the situation worse because I think many of them do a number to your metabolism. Why else do many people who take antidepressants gain weight despite eating well and exercising? I am resistant to medication, and the side effects were the biggest reason for that. I am doing some research on natural remedies for depression and trying out some now myself.  Either way, there is help for this prevalent but distressing situation, but it is a matter of finding the right fit, which can take a while to do.