Why Are Plenty Of Tarot Readers Conspiracy Theorists? 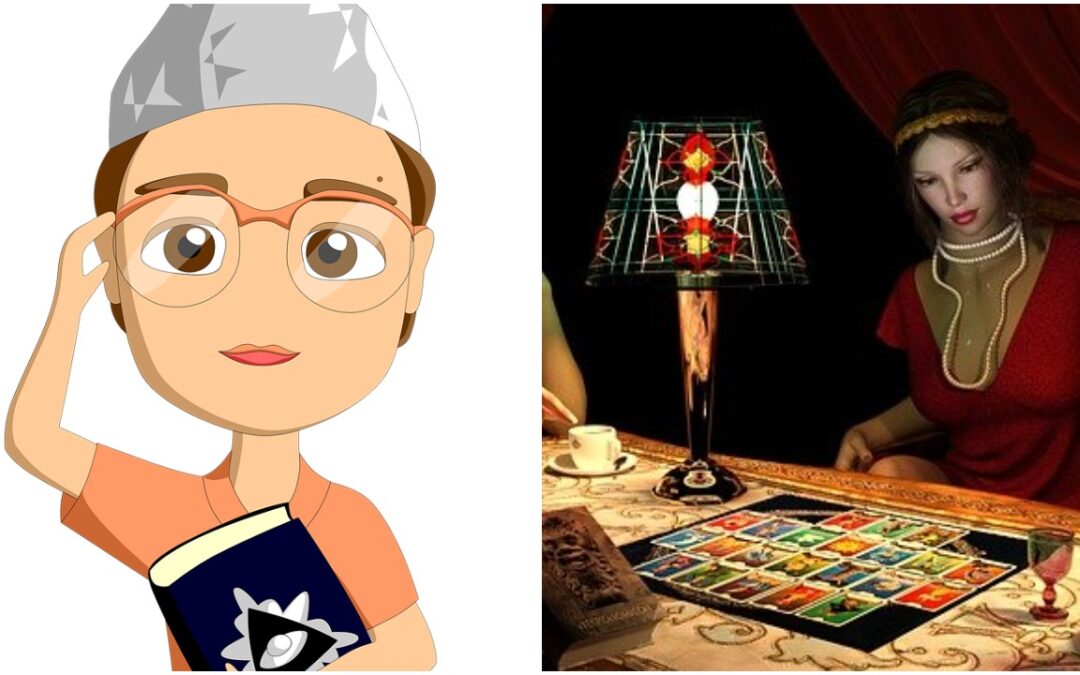 You know, when I was getting myself into metaphysics after trying to search within as to why I suffered so much in life, I became excited when I met others who shared the same interests. If someone loved astrology, oh, I was so happy if someone shared an interest in their love for tarot cards, yay! If someone wanted to talk about reincarnation because they had a past life regression which revealed a lot of why they suffer nowadays – well, I wanted to be their friend.

However, at the same time, they’d say absurdities such as how poisonous vaccines are, and they don’t need them because they know how to make their immune system superior over others – well, that is a red flag. At the same time, they would also make it clear that viruses are not real, and if you get sick with one, then you are not forgiving and loving enough. In addition to that, you are not eating well. You lack in nutrients, which may be true for the majority of the population. People are busy, and they don’t have the energy and time to prepare organic food. The most they can do is take a multivitamin a day to ensure that they have all of the nutrients.

However, that does not mean they will all of a sudden become immune to unrecognizable viruses, which requires you to have a vaccine to ward off. What? I mean, this is what you hear from so many people in the wellness industry. Many of them are avid anti-vaxxers and believe in other dangerous and ridiculous conspiracy theories. Therefore, instead of jumping for excitement when I meet someone who shares the same interest in metaphysics, I now dread it. That is because the odds of them saying that vaccines are poisonous, we are in a ‘plandemic,’ and the government only wants to control you (well, actually they are, but not in the crazy ways that conspiracy theorists think) are very high.

The Wellness Industry Is Now Associated With Conspiracy Theorists

I recently wrote Ace Of Swords And The Hierophant: Listen To Science And Not To Conspiracy Theorists, highlighting this disturbing fact. Many people in the wellness industry, including astrologers, tarot readers, yoga teachers, holistic practitioners, psychic mediums, and so on, are spreading dangerous conspiracy theories. They are the ‘new agers,’ and plenty of them had embarked on the QAnon journey, which is why so many of them share this dangerous misinformation.

It is quite frightening how many so-called metaphysicians and ‘holistic doctors’ not only believe these crazy conspiracy theories, but they spread them. Whenever I see words such as ‘Ascension,’ or ‘Collective Consciousness,’ ‘Love and Light,’ or ‘Spiritual Evolution,’ in addition to avatars of someone going yoga, meditating, opening their third eye, or anything spiritual – I cringe.

I have seen their contributions on Facebook pages and Instagram profiles that revolve around crazy anti-vaxxer and ‘plandemic’ rhetoric; it makes me sick. It also makes me sick that these so-called holistic practitioners go around refusing to wear masks and refuse to socially distance, spreading the virus, and sharing dangerous misinformation about vaccines. How can they be all about ‘Love and Light’ if they are purposely making people sick and causing many of them to succumb to the virus all because they say it doesn’t exist? Or, they may say COVID is the same as the flu. Because to help combat the flu, you need to ramp up your immune system by using essential oils and eating foods with plenty of antioxidants.

Yes, you can ramp up your immune system to help fight off recognizable viruses such as most flu and cold viruses. And even then, if you are vulnerable, that will not help you too much. And your body does not recognize COVID, which is why it is a pandemic, and it will be until there are enough vaccines for everyone. These so-called holistic practitioners are so out of touch with reality, and it is scary. They think they are so evolved that they can conquer these viruses and condemn vaccines and those who take vaccines. They also charge those who get sick with the virus ‘because they don’t take care of themselves properly,’ which is bullshit.

So let’s now go back to the question as to why so many tarot readers are conspiracy theorists? Sadly, they are so out of touch with reality, and a large part of the holistic communities are too. They debunk science and debunk medicine and believe that ‘love will conquer.’ They allow other conspiracy theorists to influence them and allowed themselves to become brainwashed by them because of their lack of belief in science, which they have had all along.

Does This Mean That Most Tarot Readers Believe In Conspiracy Theories?

I would say that a large portion of tarot readers do believe in those conspiracy theories, unfortunately. That goes for the tarot readers who fall into the QAnon crowd and say that everything is all about ‘love and light’. That means that tarot readers who are also holistic practitioners and yoga teachers are more likely to believe in dangerous conspiracy theories. And that is because they debunk science and think that eating organic food and using essential oils will pump up your immune system.

However, tarot readers such as myself, who are very much grounded in reality, knowing that science works and holistic Mombo jumbo are a joke, will shun dangerous conspiracy theories. After discussing my frustration about the wellness community falling into the conspiracy rabbit holes on Facebook, I was happy to see that there were other tarot readers, astrologers, and even an aromatherapist who agreed. One of them even said that they felt like they were in the minority by having an interest in astrology and knowing that vaccines work and that science is authentic.