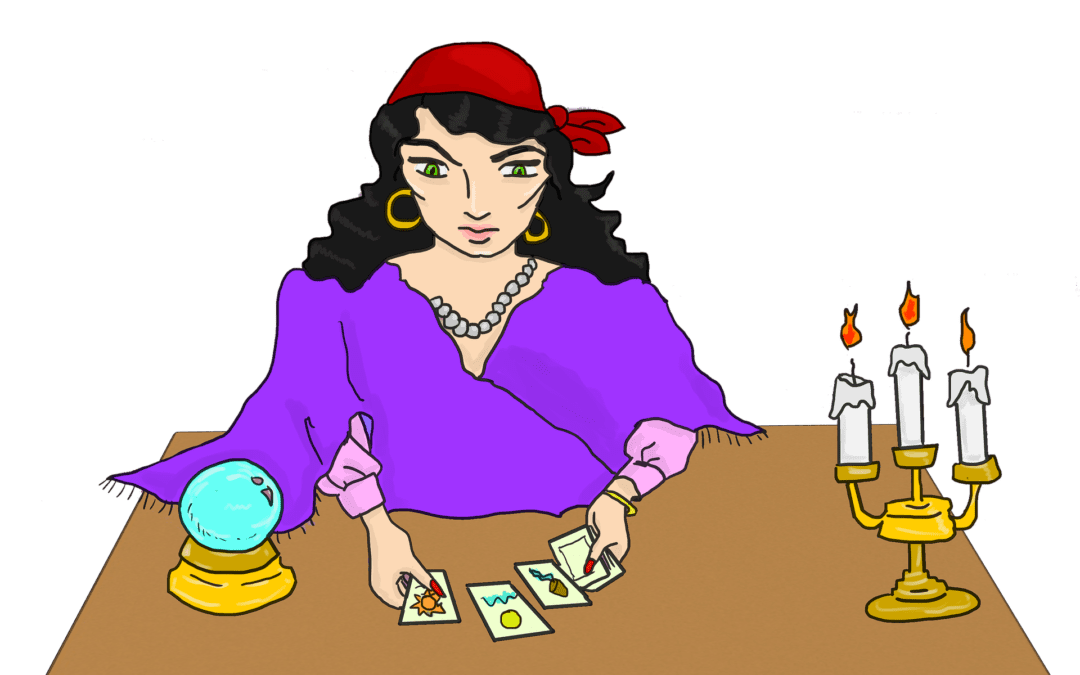 I am just going to start by saying that there is a reason that I never recommend psychic hotlines anytime I talk about how you can make money with tarot. That is because they are not a reliable source of income. Let me explain why that is.

I have only worked for psychic hotlines for short periods, and that was enough to keep me away from them. I know many tarot readers that have worked at them for years. None of them really had anything positive to say about it by working for them in the long term, that is. Some hotlines are not easy to get into, even if you are a very skilled reader. But that is not the worst of it.

If you do get into a hotline as a tarot reader or any psychic reader or astrologer, you’re going to become quickly disappointed. You have to remember that you only receive a percentage – and not even a big one of your set rates. That alone is not very motivating. Sure, I get that they use some of that money for marketing, and someone at the top needs a chunk of it to run the site. They also need to provide dinner on the table each night. I get that. But still, it is not motivating because you get a tiny chunk of money from your efforts.

Secondly, many hotlines have deals for clients that they can get a few free minutes. And once those minutes are up, even if you don’t deliver what they want to know, they often hang up. Or, they quit the chat. I have to say that was the main reason I stop working at any psychic hotline immediately. These customers want to get a freebie reading which is not something I was going to do, and then they would hang up. You are only wasting your time.

Thirdly, I haven’t experienced this myself since I did not stick to working at any hotline for long enough. However, I have heard many stories of the hotlines screwing readers out of their earnings for one reason or another. At best, they can be slow to pay.

I have also heard from many tarot readers that have worked at psychic hotlines for a more extended period than I have that they often have been treated poorly in general by the ones on top. It is mandatory for some psychic hotlines that a psychic has to work for a set number of hours or canned. And some sound as if they don’t care if the reason you cannot work is due to a medical or other reason that is out of your control. That is terrible.

If you have a disgruntled client, potential clients will see that since they are likely going to give you a negative rating. However, that alone is not a dealbreaker. You could have a disgruntled client that you read for privately that can try to ruin your reputation too. One thing to prevent that is by offering a refund to them if they are not happy with the reading. They are less likely to leave you a negative rating publicly anywhere if they receive their money back. Then again, some can really be nasty and would do it anyway.

Anyway, my point is that even though I have not worked at a psychic hotline for very long, I have read too many negative experiences that many tarot readers have had with them. And that alone was enough to make me not want to stick to them.

You are better off working extra hard to market your own services with a website, create a blog schedule, and blasting it out on social media. Pay for other ads that would get you a lot of traffic and learn SEO. That way, whenever you gain clients, you would keep everything and only settle for a percentage.

However, if you still want to try out working at a psychic hotline. Then, by all means. Just be prepared that there is a much better chance that you will end up disappointed than not. I know I have, and that is why I didn’t stick with it for very long when I did.