What Are Exit Points And Do You Plan Them Before You Incarnate? 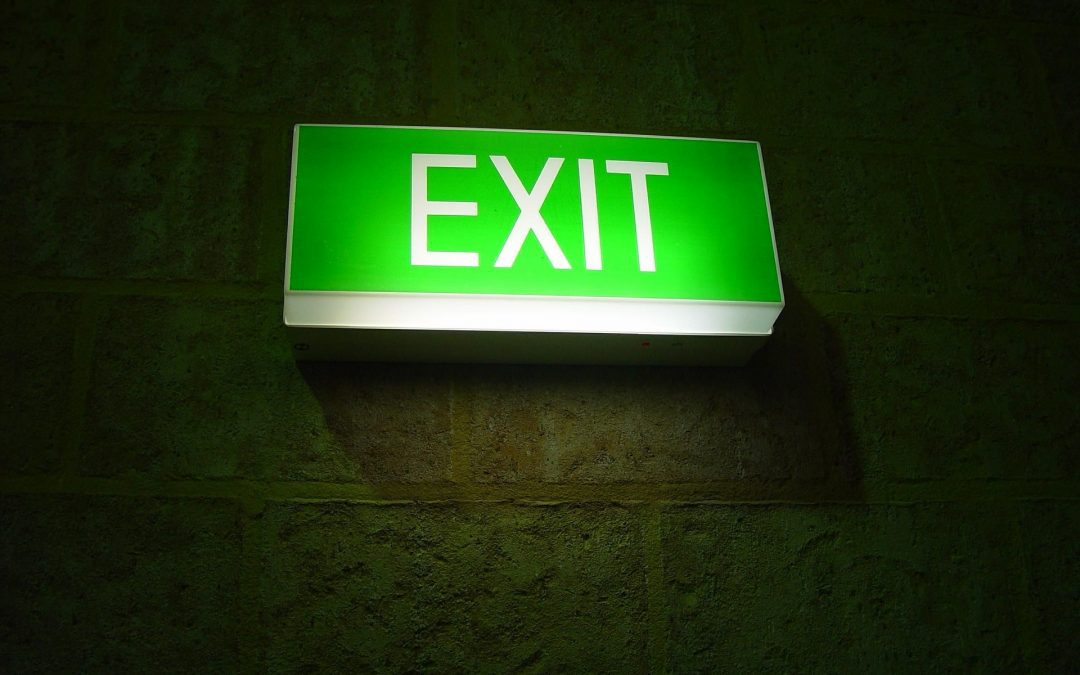 The topic regarding exit points is somewhat dicey, especially for those with severe mental illnesses, so I will word this in the best way I can. However, when I wrote the article about pre-birth planning last week, I stated I would write a separate article about exit points. So here it is as I am going to delve into that now. And before I do, if you do not have an open mind and are easily triggered, stop reading right now!

An Explanation Of Exit Points

Here is the thing. I believe that life is mixed with destiny points and free will. And because your blueprint that you come into this incarnation with will not be set in stone because free will changes its course, you do not have a date, time, and place when you exit or pass away set in stone either. So that is why throughout specific points in your life, you have exit points where the option to leave is there for various reasons.

Sure, you may have it in your blueprint that you will live until you are 80, but free will can change that and can cause you to take an exit point at 42 instead, but it is a decision that your Higher Self would make and agree upon with your guides to do that.

Even though I believe that some people are only meant to be incarnated for a short time, not everyone who passes away at a young age had it in their blueprint to exit at a young age. Some have taken an early exit for whatever reason. Those exits can appear as fatal accidents, sudden illnesses, or mysteriously dying in sleep.

What Would Be The Reasons For Someone To Take An Early Exit?

The reasons are endless. You have to think about life as a school; some have more challenging lessons than others. Some people sometimes finish their missions sooner than expected and have the choice to stick around or exit. Those who choose to stick around after finishing their lessons may decide to do so because their family and friends make them happy.

Think about someone who graduates from high school but takes a gap year and comes back to visit their friends during lunch. It is the same idea. However, I would say the majority of cases, when someone finishes their mission, they exit.

Or, the opposite can happen too. For example, if someone in life is so lost, they, in a sense, drop out. But, of course, they would have to be very lost from their mission to do that. It is no different from struggling so much at school that they cannot do it anymore. But that is also something that the Higher Self does not take lightly. And I am not talking about someone purposely unaliving themselves (though it can happen that way too). But, nevertheless, a very negative state of mind will lead to an early exit even if unaliving themselves are not a  conscious decision.

I will tell a story about someone who I believe had this happen. And before I go into it, I will give a trigger warning as child loss is discussed.

I remember being in some group, and I can’t remember which one it was, but someone told a heartbreaking story about their aunt. Their aunt dealt with bullying in her youth to start. And then, when she was married, she had an infant that passed from SIDS. And then she ended up having another child who ended up severely autistic. So it is not hard to imagine her negative state of mind as she had so much grief and trauma to process.

However, they said that when she was 60, she suddenly got an aggressive form of cancer and passed away. Of course, the age of 60 to take an exit is young in today’s day and age, but chances are she felt lost, she thought she had nothing to live for, and because of that, she decided it was time for her to “drop out,” and aggressive cancer did it.

There could be other reasons that a soul would take on an early exit, but those are the two reasons that I believe are the most common.

I think all exit points are pre-planned, but that does not mean all of them are planned before you incarnate. I think some are, however. The only reason I say that is because of hearing some eerie stories about how a life was saved due to an uncanny event during catastrophic times.

For example, there were too many weird and uncanny stories about people who did not make it to work or who left the Twin Towers on 9/11. For example, there was one story of someone who worked at one of the Towers that slept in because their alarm did not work – just for that day.

Another one was when someone ended up with a flat tire on the way to work there. And there was another story of a guy who was at one of the Towers and took off to go for a cigarette break minutes before the catastrophe happened, and he was able to run off when it did. So therefore, that has to tell you something. But that is my belief, and if you disagree, that is your choice! Not everyone will agree with me. I am just uncertain that there are genuinely many coincidences in life.

However, if you didn’t plan an exit point in your blueprint before birth, but you surpassed the time to accomplish your mission, or you are severely lost to the point you cannot find yourself, then you will plan these points in your sleep – as that is the time to adjust your blueprint regardless. And your state of mind can determine whether or not you take an early exit point.

Many of those who love their lives usually take their final exit, and not an earlier exit point. Not only are these individuals extremely happy, but they are truly living their mission. I think of those like Bob Barker as the Price is Right was his life! And look at Betty White. I can also think of my paternal grandmother.

My paternal grandmother survived the Holocaust, and after my paternal grandfather passed away (they did not have a good marriage), she moved from Buffalo, NY, to Boca Raton, Florida. She ended up living a full 40 years of richness there. She had some vibrant and great friends, worked out, and loved the sun. I doubt she would have lived to 97 if she did not have that opportunity. And many of those who live mediocre lives are subconsciously planning an earlier exit than their final one because they know, deep down, that they did not end up living their mission or completely lost out on experiencing joy.

But that also depends on support, friendship, and love around them. Those who are unhappy with what they do for a living and who feel that they missed opportunities to take to live their mission (that happens often, as I know that has happened to me too) may not check out that early if they have strong friendships and loving families. That will give them purpose and help compensate for the other losses and missed opportunities in their lives.

However, that also explains why that individual’s aunt took an early exit at 60. It sounded like she had nothing in her life but heartache, pain, and trauma, and she likely missed out entirely on her mission. But, on the other hand, it is also possible that she did live her mission even though it was full of pain and trauma, and she finished at the right time for her? Sure, anything is possible. Though I only have some doubts because I cannot believe that we plan any trauma before birth but do take on that risk.

Now, I do need to say this. If you are struggling with mental illness and you are at a low point, please, please, please get help. Don’t let this encourage you. You are encouraged to do your best, and I know because I have been there. You have a mission that you don’t know about yet, or you may be living your purpose now and may not know it. Look within and get some support if you are feeling low! Here is a list of s**cide hotlines if you need them!

If you want to learn about how tarot and mental health tie together, here is my newsletter that you will want to subscribe to see as tarot can give the insight you need for mental health. I will send you more information about how this excellent practice can be helpful. You will also get access to my free tarot course, which you will like.