The Coronavirus: Another Word For The Tower 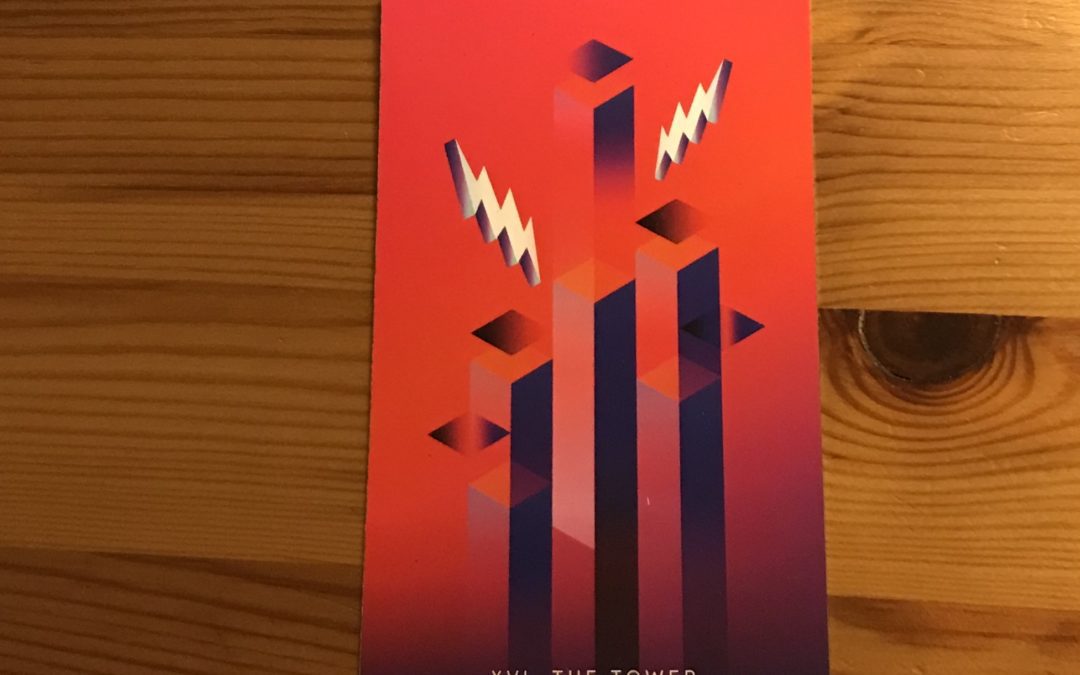 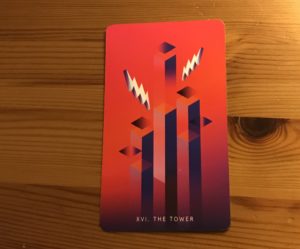 The Tower tarot card from my Mystic Mondays tarot deck.

Aside from the Death card in the Major Arcana of the tarot, The Tower is the most dreaded card to be pulled and seen. This is the card that represents sudden upheavals and destruction. That is never wanted. It is like the rug being pulled right underneath you out of nowhere. But the thing is, after these upheavals, new beginnings happen. Right? Well, it just has to.
And this is what rang in 2020. The Tower card. That is because who would have predicted that the Coronavirus or the COVID-19 was going to drastically change our lives? Actually Sylvia Browne did predict in one of her books that a pneumonia-like virus would become rampant in 2020. And she was right. And hopefully, she was right too when she said it would disappear as quickly as it had appeared. We definitely are not there yet.
However, most of us would not have really thought twice about what was said in that book in 2019 or prior to that. This virus just appeared out of the blue and now it is a pandemic. People are stocking up on non-perishables, toilet paper, and water, and are preparing to be locked in their homes for 2 weeks. Businesses also are changing and some are collapsing as a result of this. The travel industry is hurting, restaurants are hurting, and soon shopping centers, in general, will be hurting. Who would have predicted all of this a year ago? But it is happening and is blindsiding business owners and the general public.
Schools are also shutting down, especially now that some people are still traveling during the March break holiday. Trips are quite cheap as a result of this. And the proof is in the low gas prices. No one has seen the price of fuel so low in decades. The COVID-19 outbreak is wreaking havoc on lives. However, at the same time, it does not mean there are more sick people than not. What really is happening right now around here is that people are doing all of this to take preventative measures. They are going towards these extremes in order to prevent the virus from becoming even more out of control than it already is. It is smart, and it has been delivering a wakeup call for people to practice good hygiene because some have forgotten to do so which is how this crap spreads!
However, even once this virus dissipates, which it will, the aftermath will be felt economically. We will end up in a recession again. That part was expected. But not as a result of this virus outbreak. Therefore, The Tower gave us a rude awakening, which was the outbreak of the COVID-19. Our lifestyles have to change drastically, and business structures have been affected and even collapsing.
This is also the result of the Saturn and Pluto conjunction which is also the cause of major breakdowns of structures energetically. And what good can possibly come out of it? People will be forced to reevaluate their priorities and values. This is a sure way to make people become more considerate of others.
Most young and middle-aged people that are healthy would survive this virus and may not be affected by it too badly. However, those who are not healthy, as well as the elderly, would not be so lucky. And because this virus can be passed on quite quickly and easily, this poses a high risk for those who cannot fight it off. Therefore, younger people would do what they can to prevent themselves from passing it on to those who cannot fight it off that easily. This will help create more empathy as well as again, looking at their priorities and values again.
Yes, they may be very disappointed about not being able to travel. However, if they are living with someone who has a compromised immune system or someone who is elderly, they know the right thing to do would not take a chance. And for those who do end up getting a lot of flack from others for being selfish. Therefore, these upheavals are meant to create wakeup calls.
Another thing that could result from this is that many people will begin to work from home as this shift may result in this. Old business structures are no longer working but this will drive up the gig economy. In other words, more and more people will be freelancing. Either way, big changes are happening. And they are not taken too well. I hate what is going on. But I also get it. The Tower is staring at everyone right in the face of what is happening right now.