The Common Misconception About The Tarot Death Card 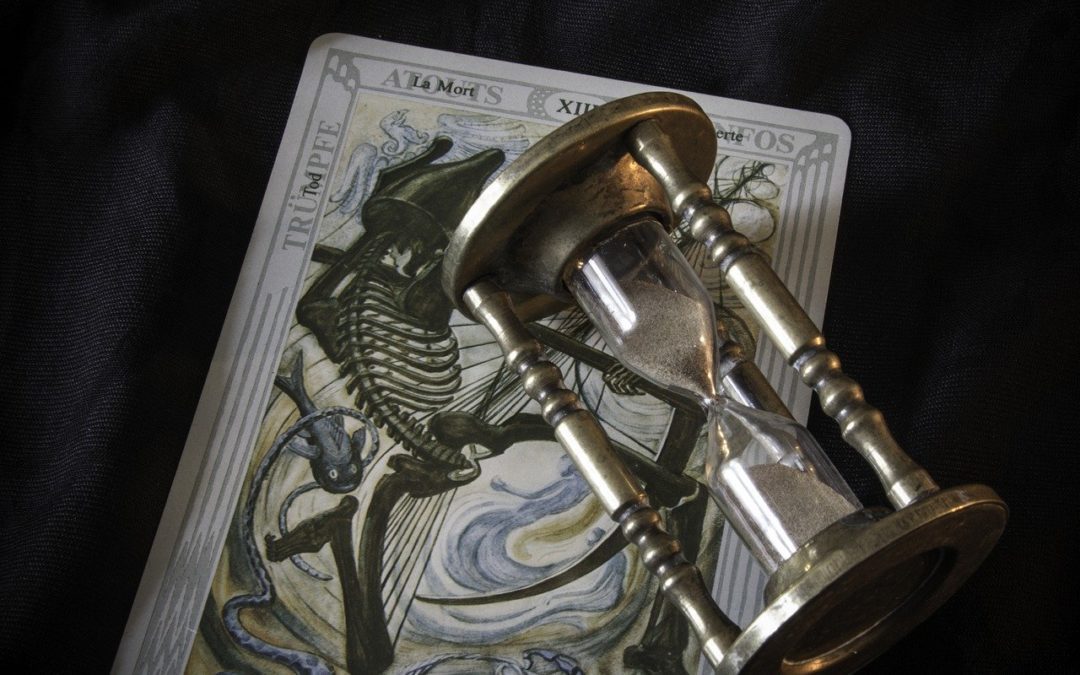 There was an old story that had originated from somewhere, and I had forgotten where I had heard it. But here it goes. There was a 13-year-old girl walking on the sidewalk and she came across the Death tarot card on the ground. Of course, she got scared because she thought that she was going to die! When you encounter the Death card on the ground like that or anywhere, and you don’t know about the tarot – it would be logical to think that way.

However, when she got home, she made a discovery when she went to the bathroom. She got her first period. And what that encounter with the Death card meant for her was that her old self was forever gone, and she is now a woman. In other words, she transformed, and that is what the Death card usually represents.

The Death card in the Major Arcana in the tarot means transformation or death of something, which does not necessarily mean literal. Other examples of when the Death card can come up is when a woman is pregnant for the first time, which means she will become a mother and that is the death of her old self as well. Sometimes the Death card in a reading can come up if a certain situation that you are in and has been part of you is gone and will never return.

However, occasionally, depending on the reading, the Death card coming up can mean literal death. Especially if the reading pertains to an individual that you know is going to pass. It can represent a literal passing, but that is the exception and not the rule.

Besides, if a reader were to pull the Death card for you and predicted that there was going to be an actual death, that is unethical. The only exception to that rule is if the seeker had requested to have a reading specifically about a loved one in hospice that was on his or her last legs – and wanted to find out how to make the individual’s last days as comfortable as possible. In that situation, the Death card could very well come up.

Otherwise, it is extremely unethical to ever tell a seeker that there will be literal death if the Death card comes up. This also means if a reader were to ever say that, then he or she would not be at all very knowledgable about the tarot. Unfortunately, you have a lot of so-called readers who think of themselves as experts or professionals that really don’t know much about the practice. Let’s hope you will not ever encounter that.

And now you are aware that if you encounter the Death card to not panic and think that this is a prediction that you or anyone who you care about will die. That is other than the exception that I had just mentioned. That means if the Death card comes up in a tarot reading otherwise, then you will need to brace yourself for a big transformation meaning that something will be forever changed.