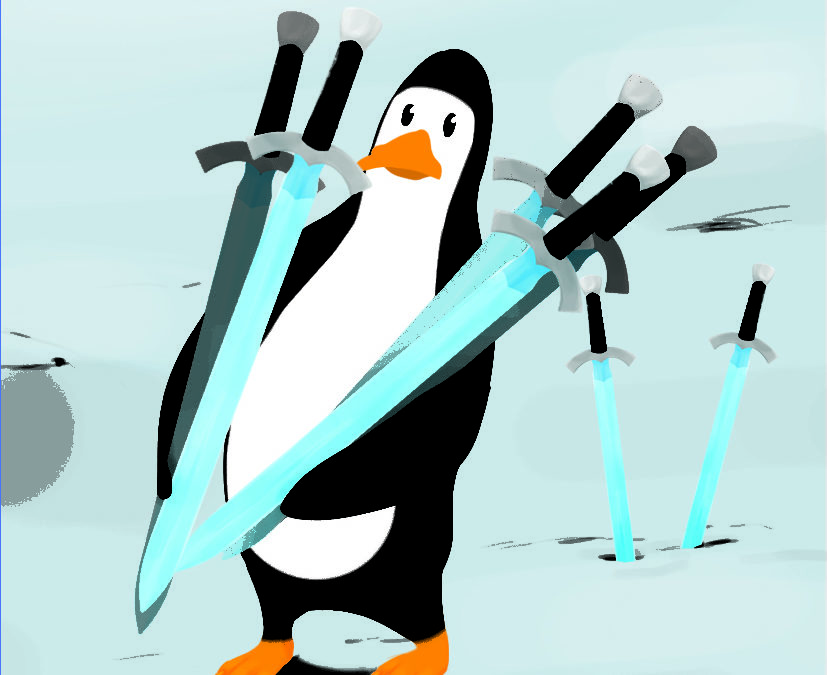 The Seven of Swords is a card that represents deception as well as betrayal, and trickery. It also can be a sign that you are acting in a strategic way to go after something that will benefit you or someone is doing that to you. It can also be the card that shows that someone is getting away with something that they should not have.

Basically, this is the card that comes up when either you or someone who you are involved with sneaks around to get something in a very dishonest way. You could be the one doing this or someone could be doing it to you, which would depend on the rest of the spread. But this is the card that shows up when either you or someone else is being two-faced. Either you are someone who is friends with someone else for the sake of taking advantage of them for something and then dropping them once you get what you want or need. Or, someone is doing that to you. That again depends on the spread and the context of the reading.

However, the risk of the truth coming out is there and when it comes, there will be a lot of shame and embarrassment experienced.

When the Seven of Swords shows up in reverse, it can mean self-deceit or lying to yourself or can be indicative of imposter syndrome. 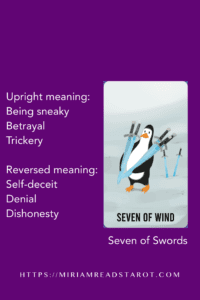 Astrologically this card is tied to the Moon in Aquarius.