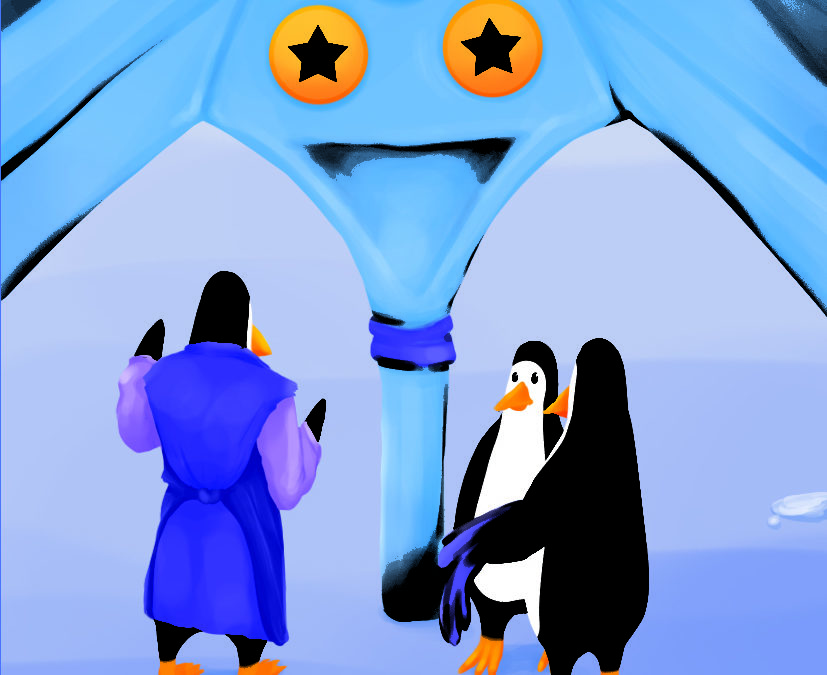 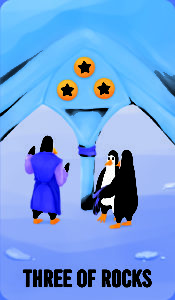 The Three of Pentacles (Three of Rocks in the Penguin tarot deck) represents teamwork, as well as collaboration, and implementing what you have planned. When this card shows up in a reading, it is bringing out a message that it is time to work with others to do a project or something else that requires teamwork. Each team member you are working with as well will bring different sets of values based on their own experience that they had as well as adding their own personal touch.

You have an idea to create a musical band which would be represented by the Ace. Then you bring the idea to two of your friends and they like the idea and will plan to use the instrument of their choice, which is represented by Two. And then you and your other band members have their instruments and you start practicing and calling up bars and restaurants to see if they would allow your band to play. That is what is represented by the Three of Pentacles.

The Three of Pentacles reversed means that you are not aligned with your other team members, and there is disharmony and a lack of cooperation. The team has failed and you end up working alone. 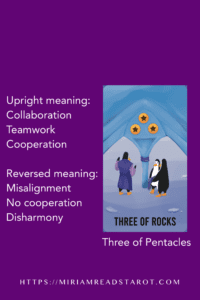 Astrologically, this card is tied to Mars in Capricorn.