The Tarot: An Introduction 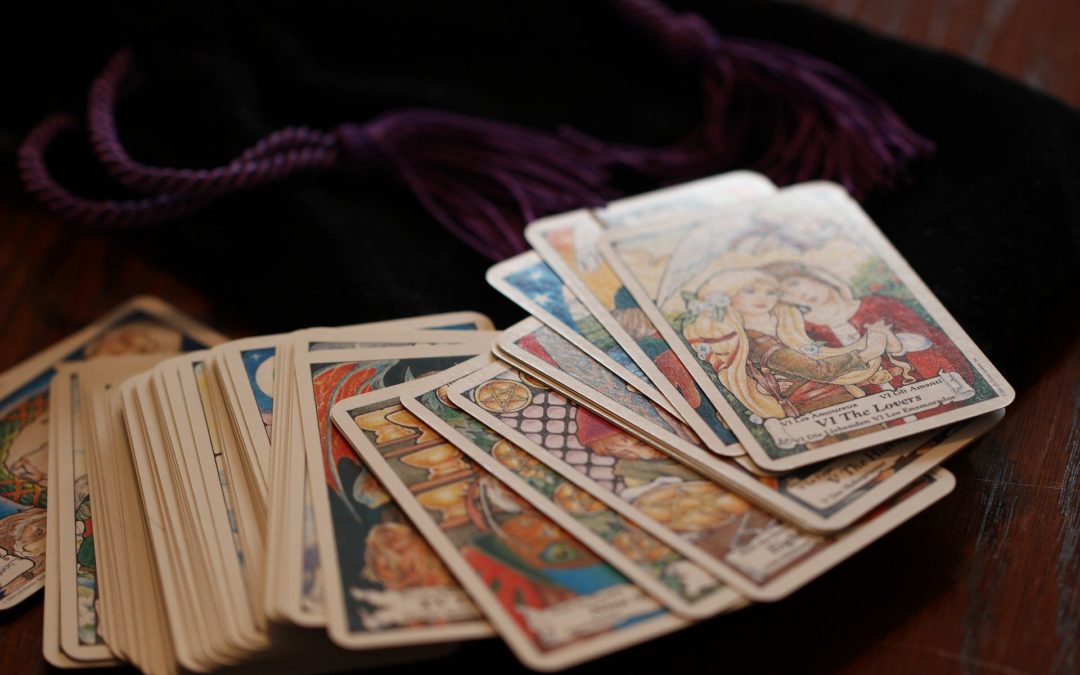 What is the Tarot?

The tarot is a deck of 78 cards, featuring illustrations that can be interpreted in various ways. The deck is divided into two sections, called the major arcana and minor arcana.

The major arcana features the 21 trump cards, and the minor arcana is divided into four suits (wands, pentacles, cups and swords) each with cards featuring the numbers 1-10, an ace and four court cards (the Page, Knight, Queen and King).

What is the Origin of the Tarot?

The oldest known tarot cards originated in 15th century Italy. The tarot appears to have started life as a card game, and was at first restricted to the wealthy upper classes, although after the invention of the printing press, the cards became more widely available.

Some writers have claimed (despite the apparent lack of evidence) that the imagery of the tarot cards suggests a more ancient origin, and have connected the tarot with such cultures and traditions as the ancient Egyptians and the mystical Hebrew Kabbalah.

What is the History of the Tarot?

It was not until the 18th century that the cards became associated with the occult and mystical activities for which they are often known today. This began in 1781, when the freemason Antoine Court de Gebelin made the claim in his work ‘Le Monde Primatif’ that tarot cards contained hidden meanings (which he associated with the ancient Egyptians) that could be used for divinatory purposes.

Since then other mystic and magical traditions, such as the Order of the Golden Dawn, have claimed that the tarot has ancient roots, together with hidden wisdom to impart to those seeking enlightenment. The tarot was especially popular among such groups in the 19th century.

in 1910. Arthur Edwards Waite was a Golden Dawn member, and in this new deck, drawn by the artist Pamela Colman Smith, images with occult symbolism were included on the numeric cards, as well as the trump cards. This deck was very successful (and remains popular today), and since then, hundreds if not thousands of diverse new decks have been published, with many enthusiasts creating their own.

How is the Tarot Used?

The tarot has several distinct uses, including:

1. Games
This was its original use, and it is still used for gaming purposes in some European countries.

2. Psychology
Carl Jung was the first mainstream psychologist to attach meaning to the tarot cards, when he associated them with the fundamental archetypes that he believed to reside in the collective human unconscious. Several therapeutic techniques involving the tarot have developed from this insight.

3. Inspiration
Many artists and writers have produced works inspired by the tarot.

4. Divination
Fortune telling is perhaps the most common use associated with the tarot. The images on the cards may help the person seeking the reading to tap into their own subconscious knowledge. Others believe that the cards themselves hold some kind of inherent divinatory power, which may be read by a skilled person. For this reason, handling another person’s cards is generally frowned upon in
occult circles, as their energy could become contaminated.

How do you do a tarot reading?

There is no set method for performing a divinatory tarot reading. However, there are several popular layouts or ‘spreads’, with perhaps the most well known being the Celtic cross. This is usually the first method taught to beginners, although it is by no means the most simple. Experienced tarot readers will often invent their own spreads, with their own means of interpretation.

Once the cards are selected by the person receiving the reading, the reader lays them out in a spread and analyses them, taking into account the positions relative to each other, the symbolism of the individual cards, and their position (upright or reversed).

What are the meanings of the tarot cards?

There is no single generally agreed-upon interpretation of the tarot cards. They all have imagery of varying degrees of complexity, and the wide range of decks available makes the situation even more difficult. Nevertheless, there is a huge amount of writings available on the symbology of the tarot, and on the most basic level, the 22 major arcana cards are thought to represent the journey of the Fool from ignorance to enlightenment.

In addition, the minor arcana cards have their own symbolism. The numbers are most obviously associated with numerology, and the suits are linked to the four elements (Swords=Air; Cups=Water; Wands=Fire; Pentacles=Earth). The tarot has also been linked with other mystical and occult systems such as the I Ching, astrology, and the Kabbalah.

How do you choose a tarot deck?

There is a huge range of tarot decks to choose from. The symbolism-rich Rider-Waite deck

) is another important deck, also. There are also many less conventional decks to choose from.

with its round cards and exclusively female imagery, whereas some of those interested in Paganism might enjoy the Witches deck

or the DruidCraft tarot

too, as well as various sports, natural imagery, and other common activities. In fact, there’s a tarot pack available to suit every taste, and most can be bought online as well as from bookstores, new age shops, etc.

Where do you start with tarot?

If you’re interested in learning more about the tarot, you can start here.