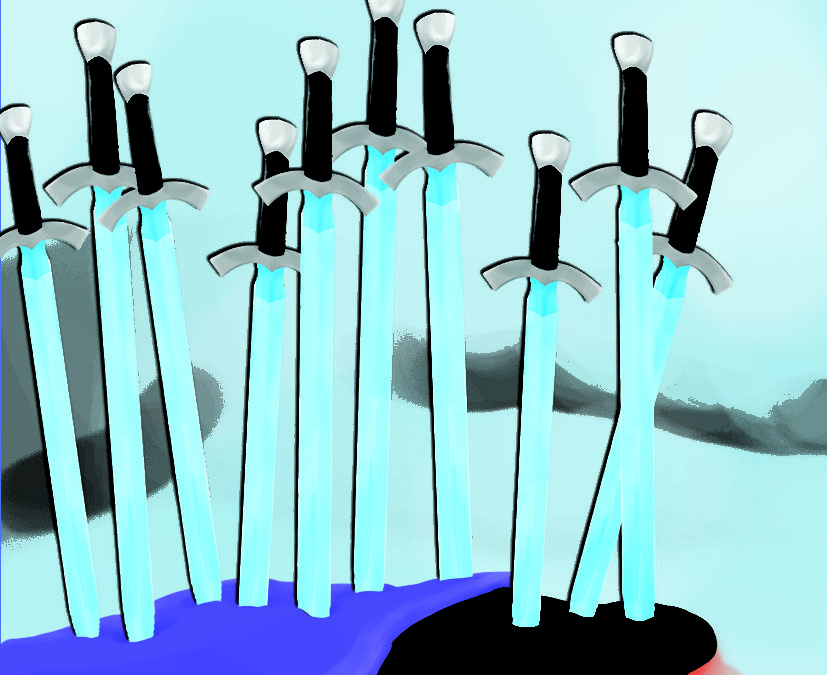 The Ten of Swords (Ten of Wind in the Penguin tarot deck) is the card that represents painful endings. This card can also represent a crisis, loss, and betrayal. There are also deep wounds that are left from the loss, as it happened abruptly. Therefore, when this card appears, it is a sign that things have come to a bitter end. There is no turning back once the Ten of Swords appears as you cannot get back what had ended for you or what was taken away from you.

The ending came out of nowhere and it shook you up and left you feeling lost and betrayed. This can represent anything that was important to you that ended such as a relationship that ended abruptly or a sudden loss of a job. You may have been laid off without warning or fired even. And you will be grieving as a result because you will feel as the world around you is falling apart.

But it is important to remember that when there is a loss new beginnings are around the corner. That is the one thing to remember when the Ten of Swords comes up.

When the Ten of Swords comes in reverse, it can mean two things. One thing it can represent is that there is recovery after loss. It can indicate regeneration after a loss. However, it can also be indicative of not wanting to accept an ending that is happening such as trying to hang onto a relationship that is dead. 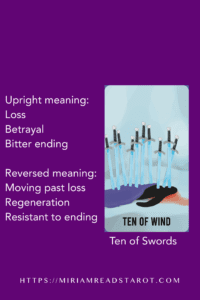 Astrologically, this card is associated with Mercury in Gemini.