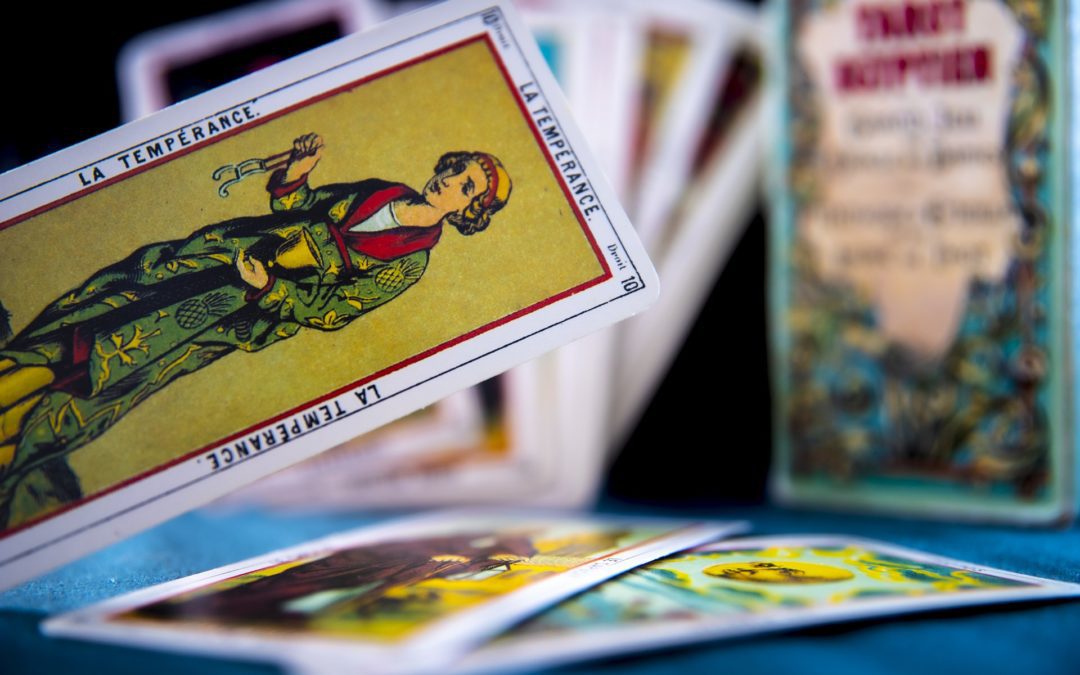 Tarot decks tend to have 78 cards and are divided into two separate categories, the major and the minor arcana (arcana from the Latin meaning of closed or secret).

There are 21 individual cards, referred to as trumps, and the fool card in the major arcana.

The minor arcana has 56 cards consisting of 10 cards numbered from Ace to ten in four different suits. In a traditional tarot deck

, the suits include batons, wands, rods, or staves; cups, swords, and coins, disks, or pentacles. There are four court cards, or face cards, in a tarot deck

, including the page or knave, queen, knight and king in each of the same four suits.

The Suits of the Minor Arcana

The four suits of the minor arcana portray the various material aspects of life and the numbers, as interpreted through numerology, indicate the strength of the vibrations in each card.

There are many types of tarot decks of cards, in a variety of styles, shapes, and numbers; however, their interpretation is basically the same in every deck. The reading of the tarot cards may prove fascinating to study. The tarot provides great pursuit for an occultist, or if you believe in the supernatural, or if you are simply curious about life and its ups and downs, and such aspects as love, career, and success. If you’re seeking insight into the past, the present, or the future, perhaps you’ll find it in the tarot deck of cards.