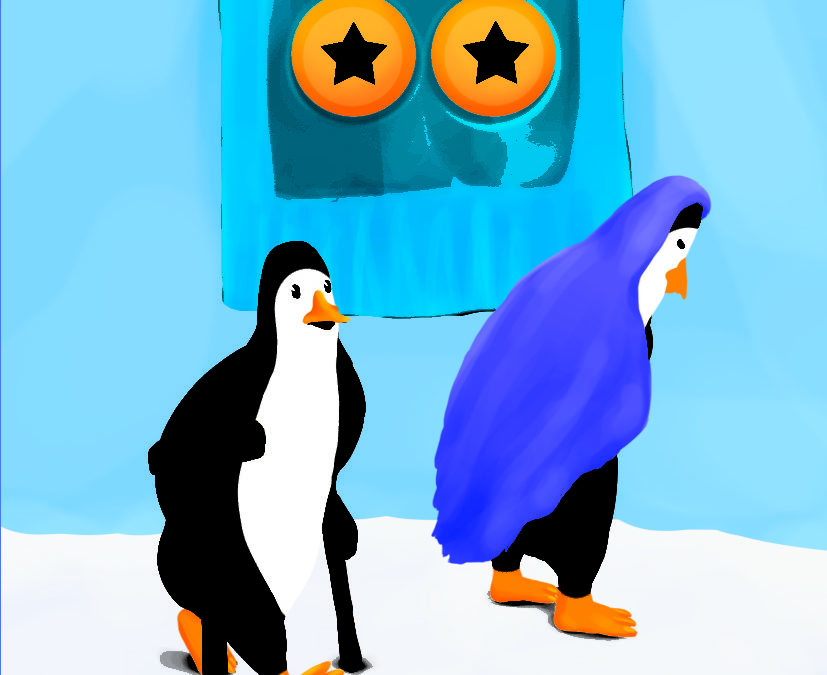 The Five of Pentacles (Five of Rocks in the Penguin tarot deck) represents loss, financial loss, having a mindset of lack, being isolated, and being worried. It can also represent poverty and poor health. This card shows up when there has been a pay cut or dealing with too many expenses, more than one can handle.

When this card shows up it can be indicative that you had taken a beating of some sort financially. For instance, if you ended up having a leaky roof and you don’t have a lot of money saved up, you are about to deal with a very large expense. An expense that you will need to take on debt to afford. And as a result, you have an extra debt to pay off as well.

If you are worried about finances then this card can represent that as well, especially when you come from a mindset of lack. Additionally, since the Pentacle suits rule physical health as well, this card can indicate that you are in poor health. Either way, there is a loss in the physical realm of some sort.

When the Five of Pentacles shows up in reverse, it can either mean recovery from ill health or financial hardship. It can also mean that you may be wealthy financially but you are impoverished spiritually. That can mean having a big ego with money. 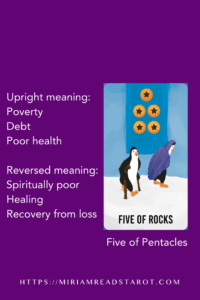 Astrologically, this card is tied to Mercury in Taurus.