Is Saturn Really The Great Malefic? 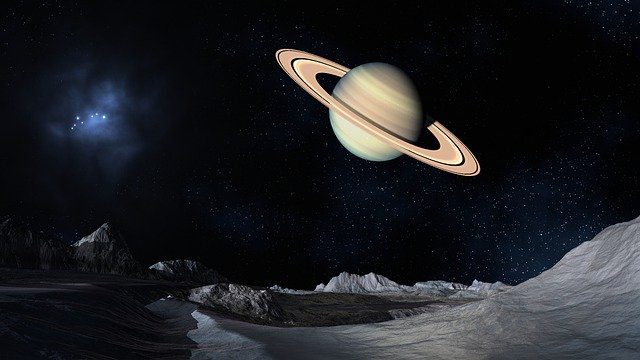 Saturn, the stern planet has been said to be the greatest malefic and Mars has been said to be the lesser malefic. That is because it is believed that both of these planets bring bad luck and as a result, are feared. Especially Saturn because it is the greatest malefic. But, is it really? The answer to that question is that it really depends. However, either way, Saturn is feared and that really should not be because I believe that Saturn can actually be a good luck planet in some situations.

It is understandable that negativity would arise when Saturn is in a water house (the 4th, the 8th, the 12th) as it can result in depression. And with Saturn in these houses, the depression can be severe. I suffer from depression as it is, and I do know that each time that Saturn has been in those houses, the black cloud literally engulfed me. Extremely challenging situations did arise when Saturn was in those houses as well which worsened my depression.

Additionally, when Saturn makes hard aspects to other planets, it most definitely can result in depression, self-doubt, low self-confidence, stress, restrictions, and obstacles. And really, when any planet is making a hard aspect in general, challenges do arise.

However, there are times when Saturn I feel is quite beneficial. For instance, when Saturn finally left the 12th house which I did celebrate and it crossed over my Ascendant – I finally became motivated to drop a lot of weight, and I am talking over 60 lbs! And Saturn in the 1st or conjunction your Sun has been known to do that (which it did as well but I struggled with some challenges after which caused me to comfort eat).

Additionally, when Saturn makes an easy aspect to another planet such as a trine or a sextile (and sometimes conjunction, depending on the planet), it can bring structure, organization, logic, discipline, and anything else you need to keep you on a productive path. With that said, how can Saturn truly be the greatest malefic? Because not everything about Saturn is about bad luck. Saturn can bring good luck too, depending once again on the situation.

And having either planet in the water houses can bring relief of some kind which makes it very different from the malefic planets. For instance, Venus or Jupiter transiting in the 4th house can indicate home renovations, or if either are in the 8th house, it can mean an inheritance is on the way or gaining money from another source. And if either is in the 12th house, it can encourage meditation, donation, generosity, and being at ease with oneself in general. With that said, having either of the benefics in water houses can bring relief.

However, when even benefics make harsh aspects to other planets, it isn’t a good thing either. It can indicate overindulgence, laziness, being delusional, and being too complacent. Venus crossing the Ascendant however can be a good thing as it means that taking pride in one’s appearance becomes a priority. However, Jupiter crossing the Ascendent can have a different effect which often results in weight gain!

With that said, for someone who has battled weight such as myself for life much prefers to have Saturn transiting my first house then Jupiter! And Jupiter will be transiting my first house very soon. I am mindful and I am well aware of the risks when it comes to weight gain. But because I have a handle on it, I will be able to keep it in check and become expansive in other ways which means I will always keep learning.

Now, back to the original question. Is Saturn really the greatest malefic? The answer to that once again is, that depends! Sometimes it creates a blessing that is needed.